Road racers and pencil necks rejoice; the lightest offering from Mavic is barely noticeable and not too expensive. 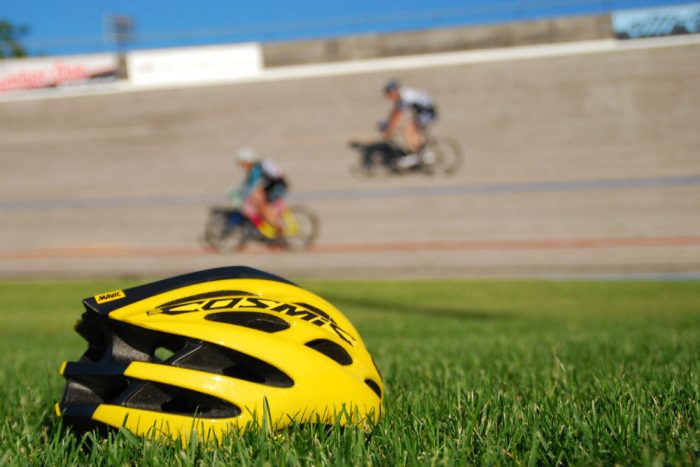 The Cosmic Ultimate does not look much different than other bike helmets out there, dotted with ventilation holes and a sleek, tapered point, but to wear it is to realize what a racing helmet is all about.

I tested the Mavic Cosmic Ultimate – a mouthful to be sure – at the local velodrome near Minneapolis, Minn., and while I didn’t opt to try out the helmet’s protective capacity in full – I kept the bike upright – I did put its burden on the head, neck, and shoulders to the test.

Focus On Weight, Not Aero Or Tech

The MCU weighs in at a scant 210 grams, just over 7 ounces for us Yankees. For comparison, my right tennis shoe weighs in at twice that.

If you’ve worn any off-the-shelf helmet from a bike shop (that didn’t set you back more than $100), you will instantly notice the difference. In fact, if I had one issue with the helmet initially, it was that it was so insubstantial. I quickly overcame that hangup after a 40-lap, 10,000-meter race in which my legs fatigued rather than my neck.

We’ve tested lighter helmets – check out our review of the Giro Prolight from 2010 to see how ingrained lightweight is in the helmet industry — but at this point, manufacturers are merely shaving tenths and hundredths of an ounce. 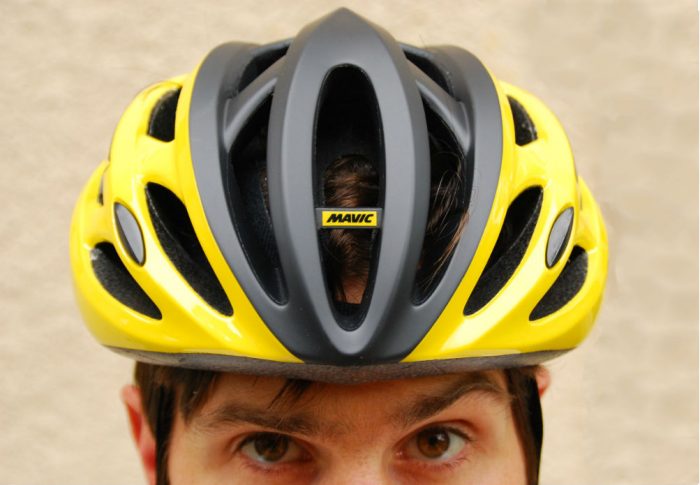 Giro’s Air Attack is an example of a drastically different design than Mavic. The Air Attack has an orb shape with a magnetically detachable visor that maximizes aerodynamics over ventilation.

The MCU has no visor attachments and is shot through with ventilation that helps eliminate every spare unit of mass and sacrifices some aero. Like most modern helmets, it features an adjustable-fit retention band to keep it snug.

On the other end is safety tech, and that’s perhaps the greatest drawback to the MCU – it does not utilize MIPS technology (mulit-directional impact protection system), which allows a helmet shell to move around the foam barrier on your head, reducing rotational force and mitigating the risk of brain injury.

It’s also apparent that the helmet’s profile has been reduced in some areas to keep weight down, which eliminates some coverage – particularly near the base of the skull.

For Price, Good Fit For Racers

No helmet will offer sufficient protection in a severe accident, but for most cyclists – including racers – the MCU will provide a barrier from direct cranial impact, which is all you can ask. 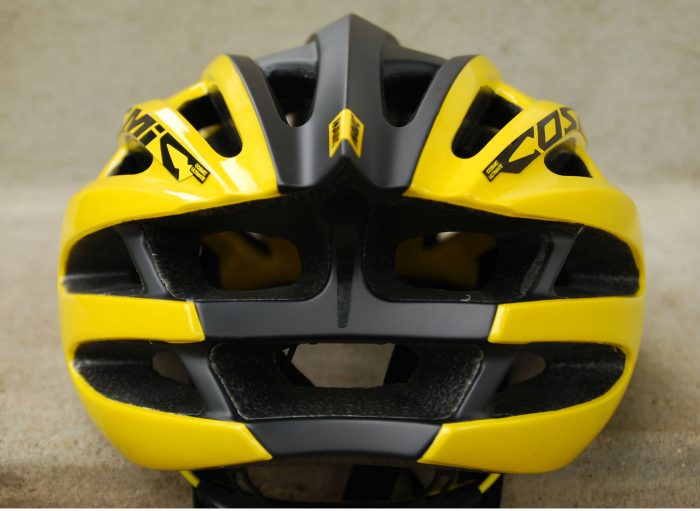 The greatest feature of this helmet is its relatively low cost, considering its very low weight and racing applications. You can find the Mavic Cosmic Ultimate online or at a local bike shop from anywhere between $115 to $200, depending on the model (look for a 2015 helmet to save some cash).

Helmet within a helmet design could be 'revolutionary' in the battle to prevent concussions, but how does it work? Read more…

Even at the high end, it’s cheaper than many heavier race helmets.

Entry level road racers should really look at this as a great value and first step into above-recreational gear.

Up Next: Extreme Road Rage: Man Brandishes Knife At Cyclist