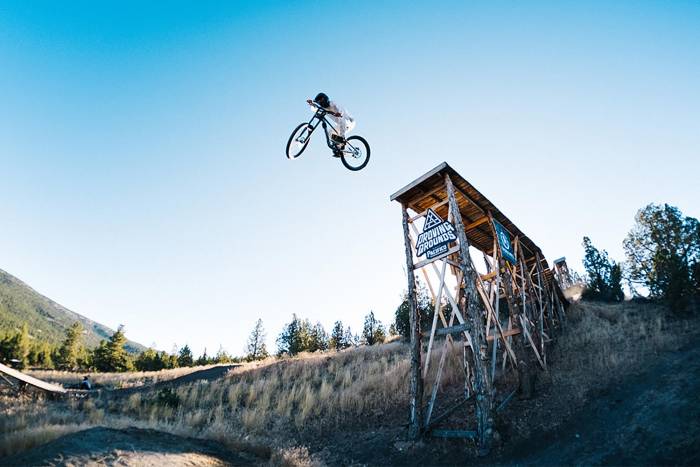 This year’s freestyle course allowed for diverse styles, with the USA’s Brett Rheeder and Argentina’s Camila Nogueira coming out on top.

Listening to the Transition Bikes’ team during the event this weekend, that’s precisely what they got from the competition.

“There’s options for everyone,” Jaxson Riddle said. “If you’re just like me and just want to ride jumps, you can just pick and choose. It’s so fun.”

Ultimately, the top score for men went to USA’s Brett Rheeder, a surprise winner who hadn’t competed in the competition in 3 years. Using a downhill bike modified with a single crown fork, Rheeder shredded the course like it was made for him. He pulled off flat drop backflips, flat spins, tail whips, and a massive Bomber Drop to win a score of 93.25.

Among women, Argentina’s Camila Nogueira defended her title from 2021, again delivering the best run of the competition. Nogueira tackled the course’s most prominent features. She even hit the 26-foot Bomber Drop at the bottom — the only woman to do so. That earned her the top women’s score of 82.75 and the i9 Heart & Soul Award.

But perhaps the real star of the competition was the course itself.

This year, Natural Selection and Proving Grounds worked to build a course that combined the best of big mountain freeriding with slopestyle tricks.

Rather than watching riders perform the same tricks in the same order, spectators saw each rider look for the best features that suited their styles.

Listening to Transition Bikes’ team, they clearly had a great time — even if they didn’t get what they wanted from the final results. Talus Turk, for example, made it to the finals after a stellar opening run. Then the wind picked up, and he had a few mishaps, including a chain falling off. Yet his enthusiasm for the course hardly diminished.

“Honestly, I’m just so stoked riding here,” Turk said. “It’s been the best experience on my bike in a while.”

The company said that each of Transition’s riders got to enjoy the best of what they do. While Turk focused on flat spins, Johny Salido felt enthused about the shark fins. Dusty Wygle went for every big drop, including a 30-footer that boggled the minds of other freeriders. Jaxson Riddle opted for technical skate park tricks and big jumps.

“I did the runs I wanted. I did the tricks I wanted,” Riddle said. “My score was not the best … but I did what I wanted to do. I definitely felt that I rode way better than last year, so that’s all that counts for me.”

If you want to see some MTB action up close, a one-hour competition show airs at noon (Pacific time) on Friday, September 23. Watch it on NaturalSelectionTour.com.

Failing that, ESPN2 will also broadcast the show on Sunday, September 25, at 3 p.m. Pacific time. 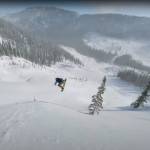 Wishing for Winter? Look Back at Natural Selection 2022 With Travis Rice

Grab a cold one, cozy on up, and let snowboarding's brightest young stars transport you back to the days of bluebird skies and alpenglow. Read more…