In advance of the ‘Stranger Things’ season 3 launch this week, Target unveiled an official replica of the BMX-style, yellow and chrome bicycle ridden by one of the show’s stars.

Crack open a cold can of Tab and snap on your O — the ’80s are back! Since its debut 3 years ago, “Stranger Things” has brought back to life many lost-but-not-forgotten tidbits from that crazy decade — Dungeons and Dragons, video arcades, and, of course, classic bicycles.

Many of the show’s characters sit astride classic Schwinn cruisers, complete with banana seats and ape-hanger handlebars. But, in the upcoming season, Max Mayfield will roll around on an eye-popping BMX ride. Now, that Mongoose freestyle bike can be yours for $220.

There’s also a classic cartoonish Mongoose logo over the stem. And, in true ’80s tween setup, the bike comes equipped with a large battery-powered headlamp and axle pegs for tag-alongs. Front and rear rim brakes round out the setup.

But while the product page lists the Mongoose for “riders ages 6 and up,” the specs show it can hold riders up to 250 pounds. So if you’re anything like us, this may make a great bike for your own inner child. 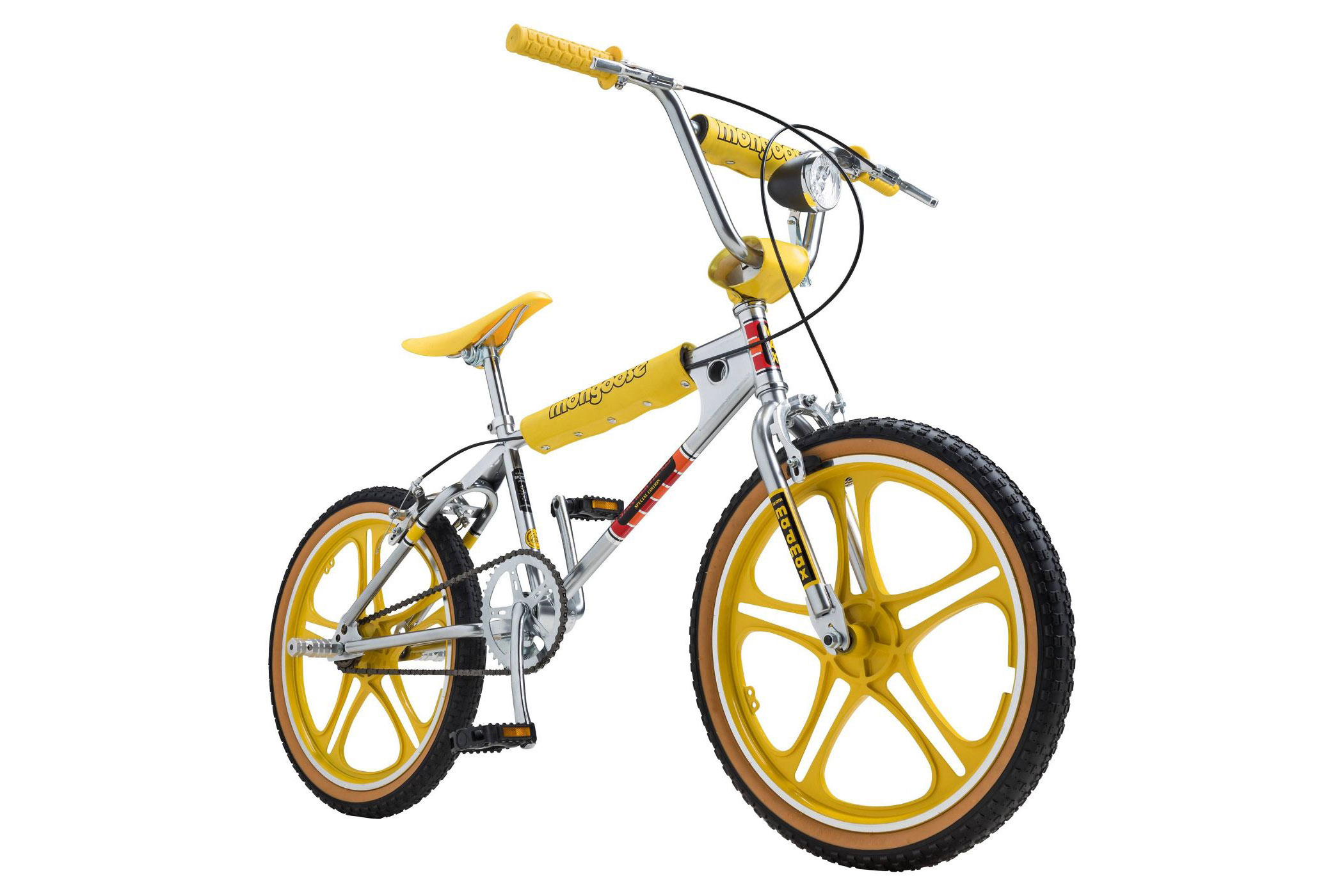 And if trick bikes and cruisers aren’t your style, Schwinn also released Lucas’ hybrid BMX bike earlier this year. You can still snag that one on Amazon for $350.

Up Next: Patagonia’s Newest Bike Film Is the Best Kind of Rad