Bike frames tend to be based on triangular geometry. But check out this crazy concoction. 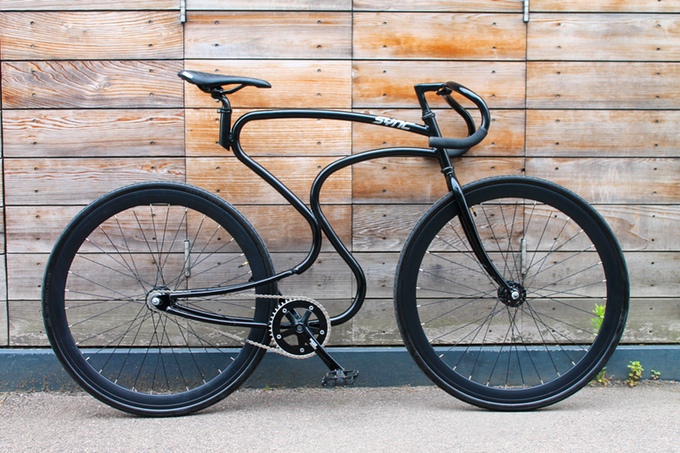 The Sync Bicycle was designed to stand out from the crowd, and as you can tell from the photos, it accomplishes this mission.

Modeled after the shape of a bike rider in the tucked position, the Sync relies on curvy geometry to accomplish what most frames do with straight, or nearly straight, tubing. 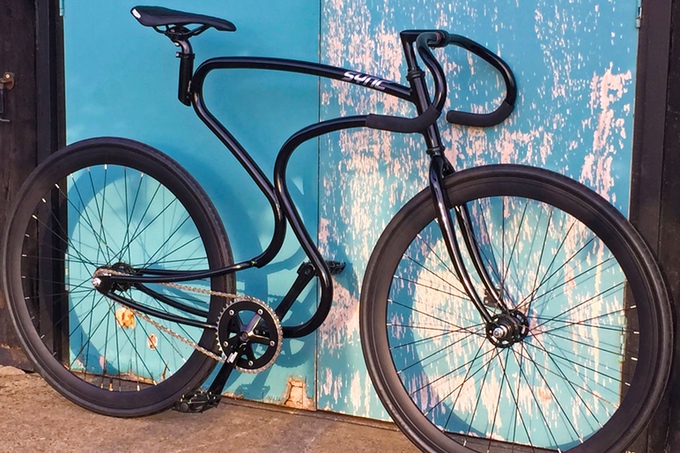 Made from steel (and currently made in England), the Sync has a flip-flop rear hub, meaning it can run as a fixed gear (you always pedal) or single speed (coasting) configuration. 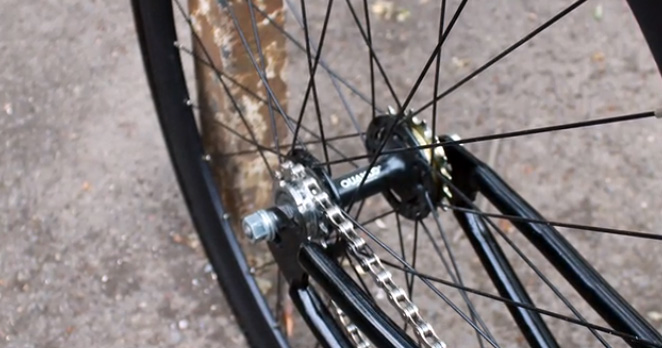 It will cost you $1,400 for a complete build or around $800 for a frameset in its fund-raising stage on Kickstarter. The brand is trying to raise funds for large-scale manufacturing, but it is unclear if that will mean production will stay in the U.K. or be shipped to China or other source of cheap labor.

The entire build weighs 21.6 pounds, which isn’t exactly light for a bike of this price range, but isn’t overly heavy, particularly for a steel framed commuter bike with wild “S” curves. 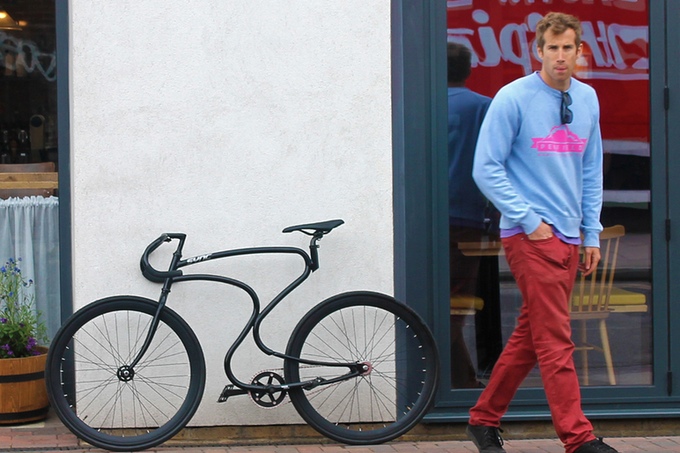 The brand says the geometry helps dampen bumps. We haven’t tested it, but suspect that’s true. We’d be worried it may be too soft, losing the rigidity of traditional triangles.

But if you’re looking for a bike that will stand out at the stoplight, this is it. We’ve never seen anything else quite like it, and doubt many others have, either.