A simple upgrade to the common seatpost clamp makes your saddle basically theft-proof. 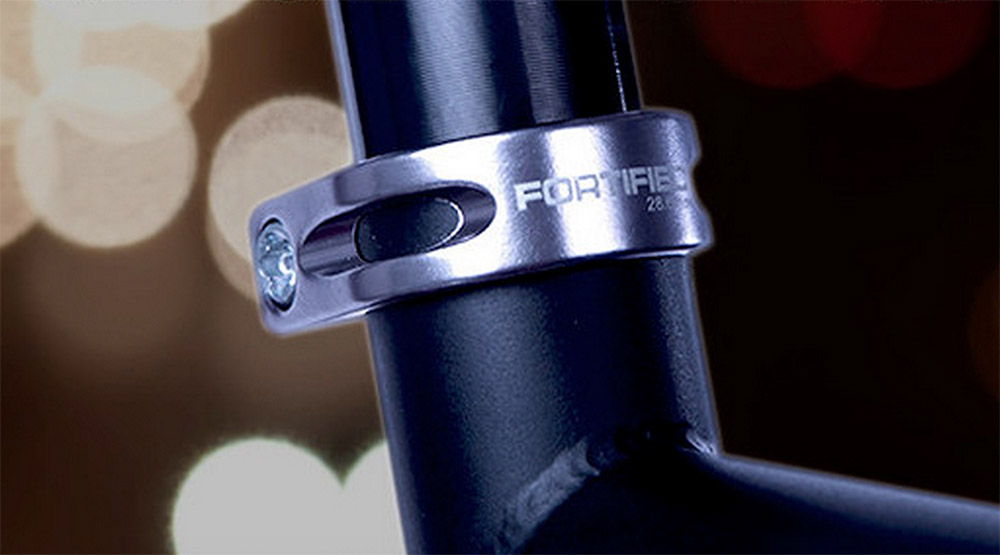 Bike thieves suck, including the scum who steal bike seats. It can cost you $100 or more to replace a good seat and ruin your commute home.

A new product, Fortified, is a simple solution to bike seat theft. Using a theft-resistant bolt with a “keyed” head, the seat clamp is tough to unscrew without the correct wrench.

The inventors of the Fortified clamp claim traditional seat posts can be removed fast. (See graphic above.) The aim of the new system is to make seat theft difficult or impossible.

It’s not rocket science, but the $15 clamp should halt a hex-wrench-toting criminal in his tracks.

The Fortified clamp with theft-resistant bolt and wrench is currently fund-raising on Kickstarter and available for pre-order.

Up Next: Downhill Dog! Trail Dog Is Fastest We’ve Seen