Durango, Colorado, is a bit of a Valhalla for shredding mountain bikers. And for those who want to rub elbows with legends, there’s not much better event than the fourth annual Todd’s Durango Dirt Fondo. The ‘big ride’ will take place on September 15. 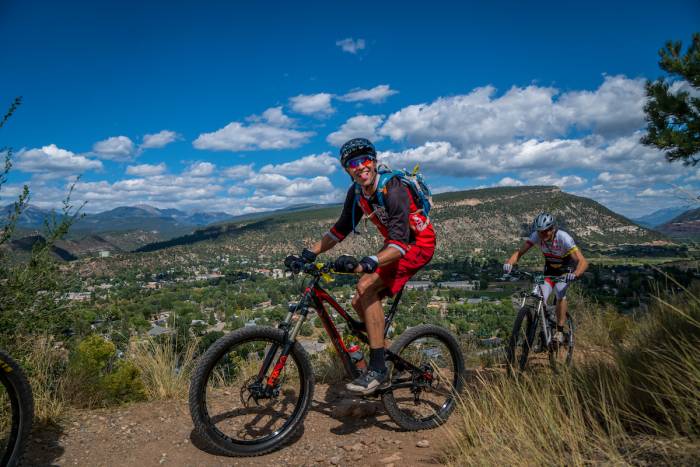 Durango may be the perfect cycling destination in September. The temps have cooled, the oaks, aspens, willows, and maples are turning. And you can immerse yourself in a town that was mountain biking’s incubator during its infancy.

Few know the history of mountain biking as well as Ed Zink, owner of Mountain Bike Specialists in Durango.

“In 1986 and 1987, Durango hosted the NORBA National Championships. Then in 1990, we hosted the UCI World Mountain Bike Championships,” Zink said. “This generated a media tsunami about mountain biking in Durango.”

These two competitive events helped catalyze this southern-Colorado town into a place many world-class cyclists call consider a home away from home. And perhaps nowhere is that more apparent than in the annual “Dirt Fondo” race. 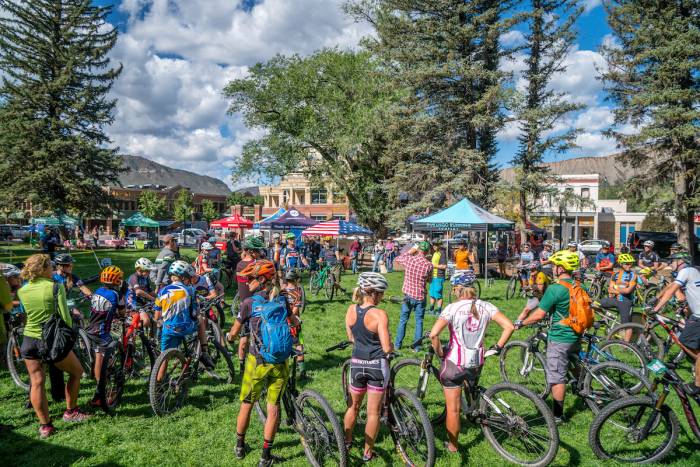 One of those world-class athletes is Todd Wells. Growing up in Kingston, N.Y., Wells aspired to be a professional BMX racer. By his own admission, however, he wasn’t very good at BMX and dropped out of the sport.

He retired from professional cycling in 2017 to pursue life in the “real world.” However, his stoke for Durango remained intact. In 2015, he and fellow Durangatan Ned Overend created Todd & Ned’s Durango Dirt Fondo to commemorate the 1990 UCI World Championships — an event which Overend won.

A fondo is not usually associated with mountain biking; it’s more of a road thing with its roots in Italy. The phrase “gran fondo” roughly means “big ride.” While some people treat it as a race, others view it as a party. But it can be whichever you want it to be.

“The point of inspiration for the first Dirt Fondo was to commemorate the 1900 World Mountain Bike Championships,” Wells said. “However, I also wanted to create an event that demonstrated how awesome Durango’s trails and cycling community are.” 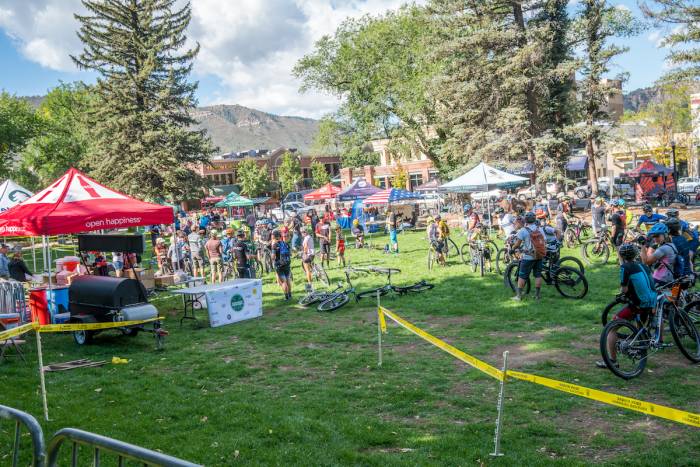 The fourth running of Todd’s Durango Dirt Fondo will take place on September 15. The first event took place in 2015, which coincided with the 25th anniversary of UCI Worlds

“Todd had the idea of doing a dirt fondo event to highlight all the great trails here …and he asked me to be a partner with him, Overend said. “The next year, I couldn’t commit to a date because of travel for Specialized. Of course, if I’m in town, I always look forward to joining in and helping participants enjoy everything that Durango has to offer.” 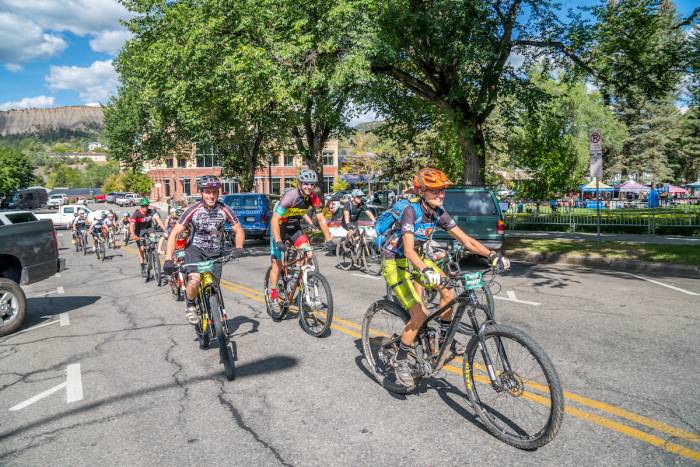 You can rock three different distances at the 2018 edition of Todd’s Durango Dirt Fondo: 40-, 20-, or 8-mile loops. All start and finish at Buckley Park in downtown Durango.

Starting times for the various distances are staggered. If you’re a late riser, rock the 20-mile course for a 10:30 a.m. start. Want the full 40 miles? You will need to be at Buckley Park at 8:00 a.m. — and bring your climbing legs. Do you really need to sleep in? Then the 8-mile event with a noon start has your name all over it.

Whatever event you ride, the goal is that riders finish at approximately the same time to enjoy food, beverages, live music, and the kids’ race at 1:00 p.m. at Buckley Park, with three-time Olympian Todd Wells manning the grill. 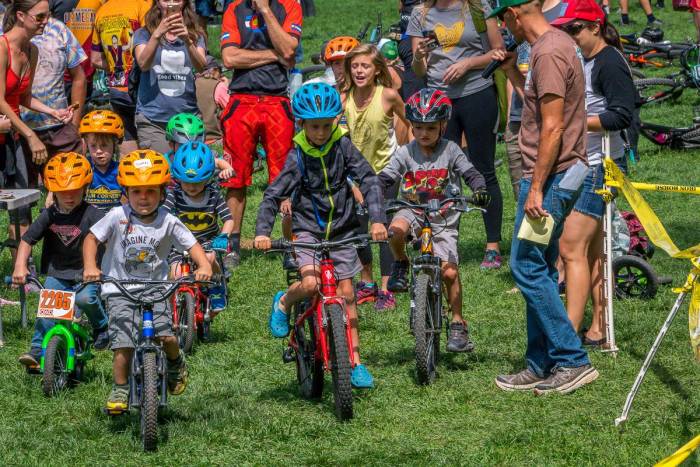 If you’re staying for a few days, it would be prudent to take stock of your fitness when choosing your event. While the course is not set just yet, in the past the long course has included thousands of feet of climbing and sustained riding at more than 10,000 feet. With Durango sporting 300 miles of trail, you may want to save some gas for exploring the various trail systems during your stay.

Part of Durango’s charm is that it’s a long way from anywhere. However, a few factors should ease logistic chaos: direct flights from a few cities, a stupendously scenic drive, lodging ranging from creekside campsites to historic hotels in town, and shops rocking high-end mountain bike rental fleets. 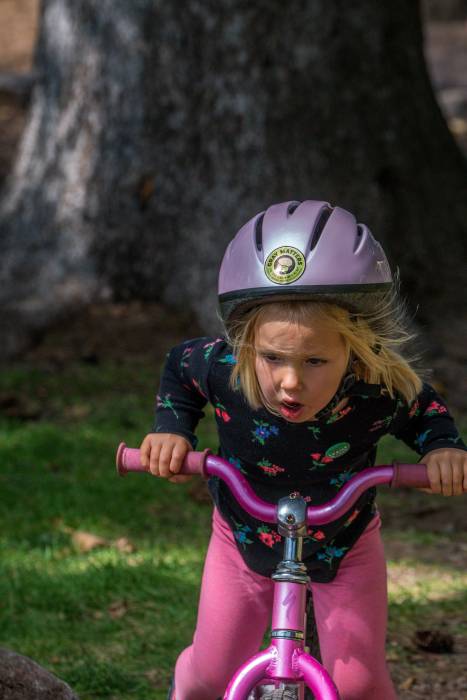 Todd’s Durango Dirt Fondo is less like a major event and more like a celebration. Of course, Durango is a town with more elite mountain bikers than most. Its athletes dominated the U.S. nationals and the 2018 U.S. World Championship Team roster.

While the elites will be in the front somewhere, that person riding next to you likely moved to Durango as a lifestyle decision to bask in the trickle-down effect of great riders and coaches. They’ll likely point out other great rides, secret stashes of huckleberries, and maybe invite you over for a ride with friends and dinner the next day.

Up Next: Orbea Gain Review: You’d Never Guess It Was An E-Bike