Rolling pin handlebars, potato masher pedals, and a panini press seat: This bike isn’t so much trail to bar as kitchen to trail. 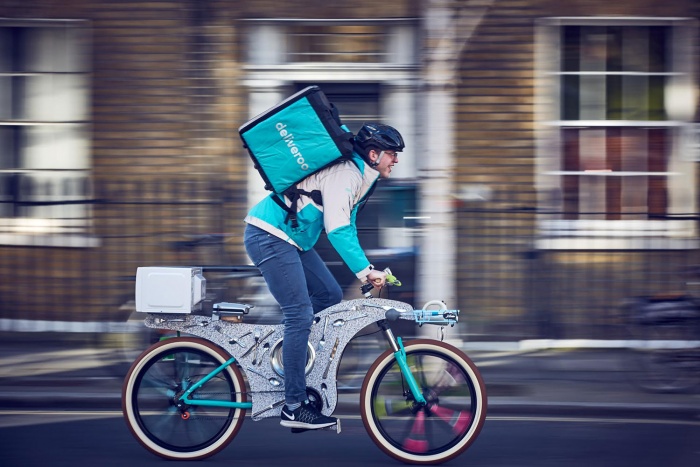 The average British kitchen has $345 worth of unused gadgets. Delivery company Deliveroo decided to use them to build an upcycled bike.

The bike’s core features may appear standard, but many of the bike’s parts are straight from the kitchen. It’s a statement against waste, and wow does it start conversations.

It’s currently delivering food in England, however Deliveroo operates across the UK and Europe. 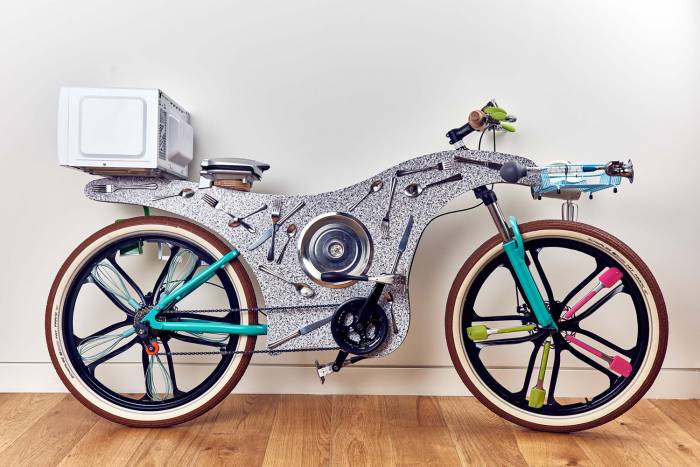 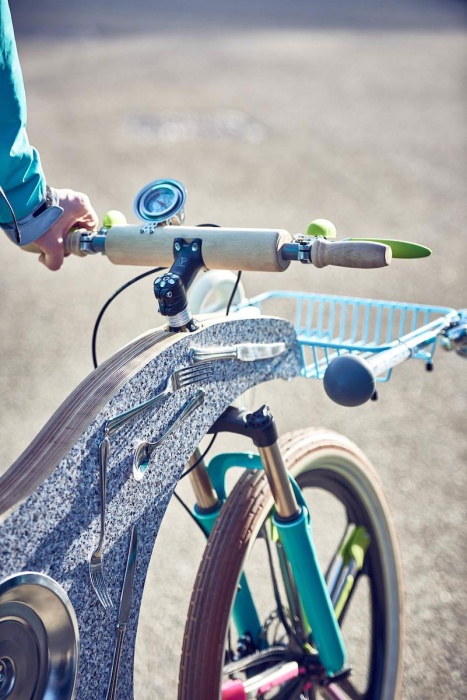 The number 34 comes from the 34 kitchen utensils that go unused on average across homes in the UK.

In sum, it has spokes made of whisks, brake levers from can openers, rolling pin handlebars, potato masher pedals, a microwave storage unit, a turkey baster horn, and counter top frame.

The bike, developed in collaboration with Design Works, obviously still uses standard bicycle parts, like a suspension fork, wheels, and drivetrain. But while some of the utensil additions are purely for show, according to Sean Miles, head of production at Design Works, the “bicycle could not exist without the use of kitchen gadgets.”

Deliveroo wants to inspire spring cleaning. Waste and overconsumption don’t just exist in the kitchen. Any gear closet with unused trekking poles or tents is the perfect example of this.

Given the per-household average of $345 wasted on unused kitchen gadgets in the UK, this translates to more than $9,000,000 in total. 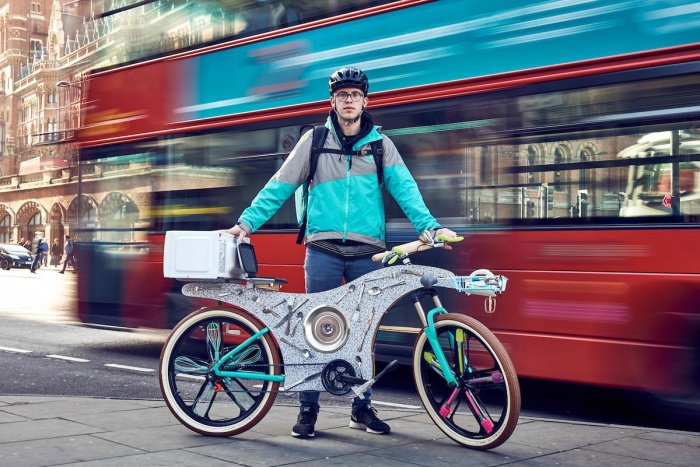 The next time you see one of your unused kitchen gadgets, give it some love and throw it on your bike. Or maybe just donate it to Goodwill.

Check out this video to see the inspiration behind this wacky build.

Up Next: Bike Touring: Gear Test For 750 Road Miles (so far)