In what may be the most rad (and for sure most expensive) coaster-brake-equipped bike of all time, this week the Vanilla Workshop debuted a model called the Urban Racer. 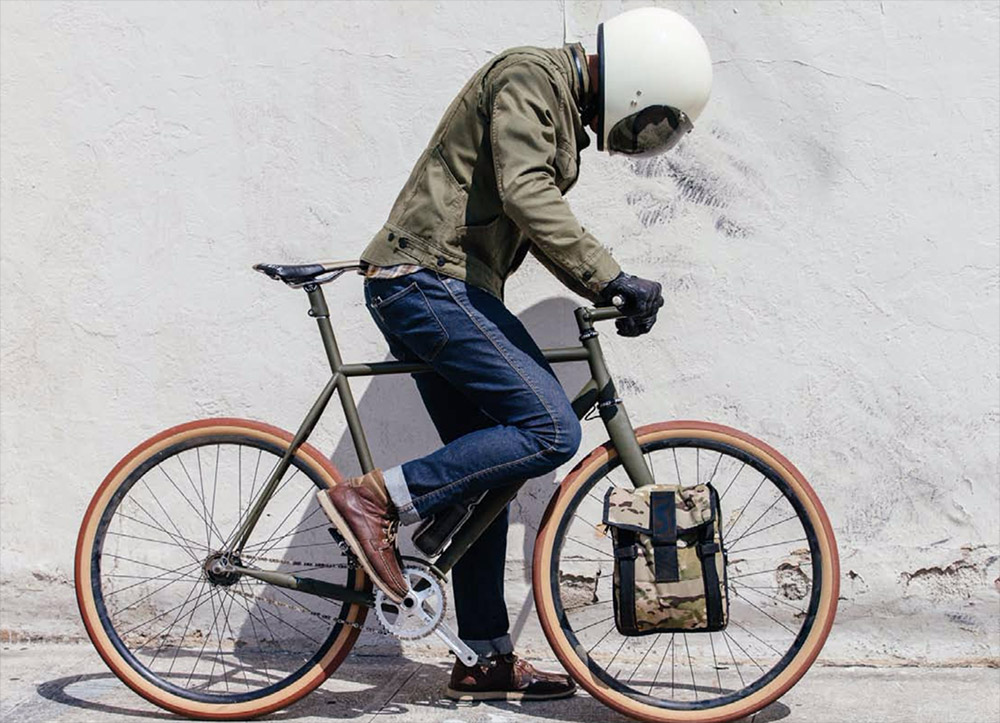 It is a part of the company’s Speedvagen line, and its obscene price is on par for Vanilla Bicycle, a Portland, Ore., brand owned by frame-builder Sacha White.

Vanilla bikes are advertised as “once-in-a-lifetime” bikes, and the Urban Racer looks to fit that bill. The svelte city bike has a build that melds art and utility, and it’s also created for speed.

A built-in steel guard keeps your pants off the chain. On front are attachment points for a small optional bag as well as integrated LED lights.

The coaster brake? It’s a two-speed hub setup made by SRAM that shifts on its own to a second gear when you get to about 10mph. Push backwards on the pedals (like on a kid’s bike) and the brakes are engaged.

The coaster is unusual, but it’s invisible and adds to the bike aesthetic. It also requires almost no maintenance, and the bike does not need any cables or brake levers.

The look is of a fixed-gear urban bike, but super refined. You can get the complete build at a used-car price of $4,895. Upgrades from carbon rims to LED lights add hundreds of dollars more to this “once-in-a-lifetime” ride.

–See all details at Vanilla Workshop.

Up Next: Cyclists, Be Seen With Light-Up Handlebar Grips