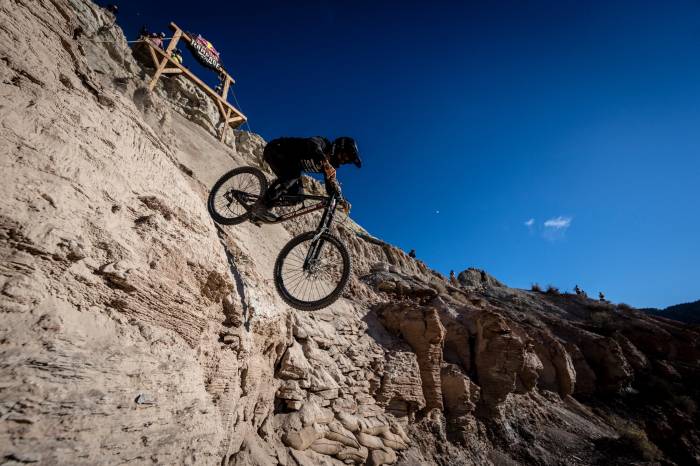 Volokhov: injured and out of his first Rampage as a rider; (photo/Christian Pondella, RBCP)

Alex Volokhov practiced with stoke and style leading up to his eighth year involved in Rampage, and his first-ever riding year. But an injury at a critical moment kept him off the starting platform.

Among all the stories at Rampage 2022, Alex Volokhov’s is one of the best. The British Columbian started as a digger for Kurt Sorge and quickly became his lead builder.

After spending years supporting Sorge’s success, Volokhov got a bid this year — only to see it slip through his fingers at the last moment.

Volokhov hucked one last rehearsal of a big part of his line midway up the mountain with just minutes to go before drop-in. I saw him disappear over a ridge below with a backflip.

He did not make it back up the mountain. He was slated to drop in fifth in the competition, just after Dylan Stark. But race officials announced Volokhov’s withdrawal, and I later confirmed that he suffered an injury at some point during the morning.

Cameron Storch threw big, repeating 360s on drops to score a 77 and hold the lead through the first third of competition. Andreu Lacondeguey played crowd-pleaser with a huge Superman just above the camera well and held second place with a 73.

But Brett Rheeder set a high benchmark halfway through the field with a tight, clean run filled with techy (and attention-grabbing) tail whips for a 90.6. 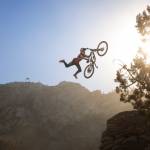 All week, wind has caused concerns at Red Bull Rampage. The morning of the event, race organizers broke the news that it would force a rule change.  Read more…