An international crew of rowers paddled 600 miles in nine days last month, reaching the farthest northern point by rowboat. They set 11 world records before ending the expedition early, stranded on a remote island. 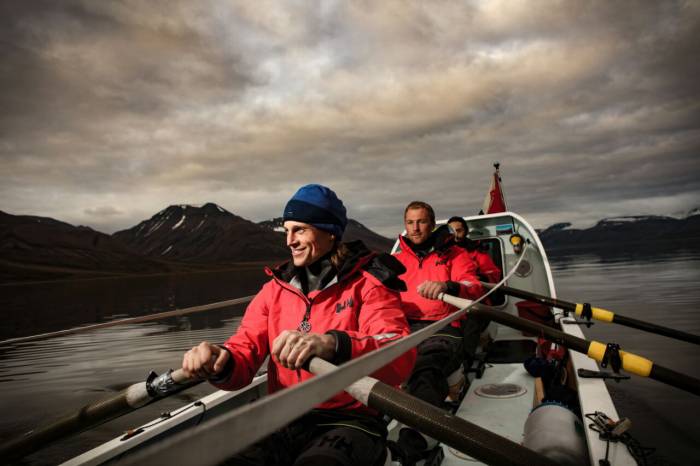 The Polar Row expedition aimed to break 12 records. It departed Tromsø, Norway, on July 20 with six rowers. Six hundred miles later, on the island of Svalbard, they switched out crews, reached the ice shelf, and turned south for Iceland.

Another ten days and 680 miles later, they sought refuge on a remote island, their navigational equipment powerless. Upon arrival at the island, Jan Mayen, they had set 11 world records. 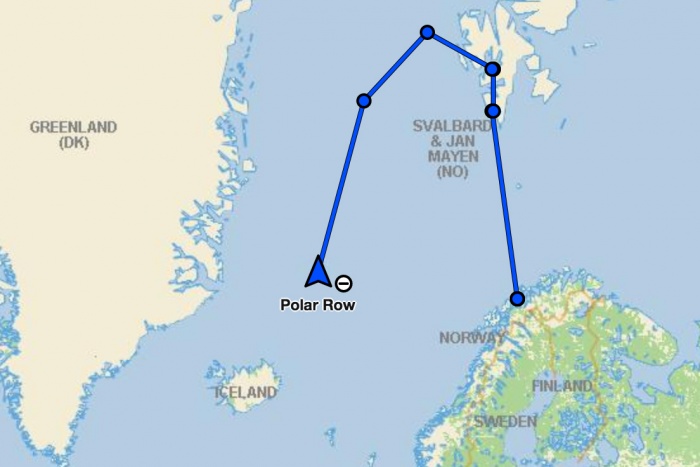 With the boat constantly moving, each rower took shifts of 1.5 hours on, 1.5 hours off. They shot north fast, averaging between two and three knots over 600 miles.

“We were rowing and in the distance I could hear a low hum. Similar to being a bit away from the beach and hearing the hum of the waves. Then Alex said, ‘what are those floating things as we were seeing little pebbles of ice float by.’ The pebbles turned to rocks to bigger chunks. The hum got louder. Then, there it was, Ice as far as we could see!!”

Three hundred miles north of their goal of Iceland, the crew aboard the Polar Row made for land. The vessel relied on solar power to navigate. After five days of cloud cover, the crew turned to manual steering. Three days later, the voyage proved to be too much, and they called it off among the whale bones and volcanic rock of Jan Mayen.

“I’ve never been so wet and cold for so long,” recounts Second Skipper Alex Gregory. “It’s seeping into my bones, there is absolutely no escape from it.”

Planes aren’t permitted to land on the island, and the team is currently waiting for a boat to visit the island and hopefully have space for them. Everyone ended the trip in good, albeit cold health.

My hands after spending so long in wet gloves.The blisters were never bad on this Polar row, but the wet & damp seeped into the skin… pic.twitter.com/N3Y6s3m4Uh

They were the largest team to row the arctic ocean open waters, and performed the fastest recorded row above the arctic circle.

Fiann Paul, Expedition Leader, became the first person to row on four oceans, and the only person to hold all current speed records on said oceans.

The expedition only came up short on the Iceland finish among original ambitions.

Paul finished the expedition eager for another bout. “We will row again, maybe an even bigger route than this one,” he said.

Logistically, it didn’t end as expected. He gives the final update of the expedition in the Facebook post below.

Ambitions aside, the crew redefined the limits of Arctic rowing. For braving the freezing conditions, congratulations go out to the crew of the Polar Row!

Up Next: Bass Pro Shops Provides 80 Boats For Hurricane Relief