Home » Water » Man To Attempt Atlantic Crossing On SUP Board

A French man hopes to become the first person to stand-up paddle across the Atlantic Ocean. A custom SUP watercraft was designed to withstand the rigors of the open ocean. 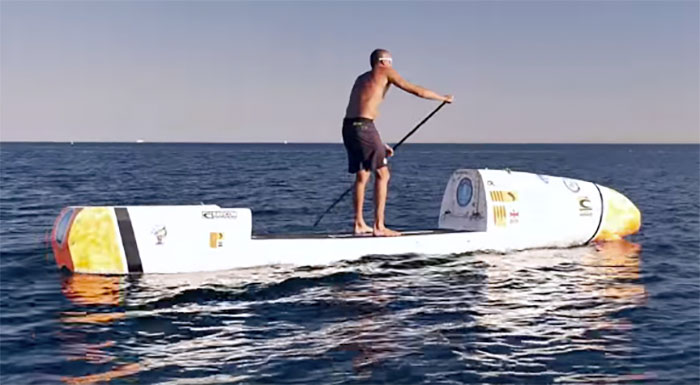 Jarossay Nicolas plans to depart the African coast some time in January aimed at the Americas. Given historic crossings of the Atlantic, he could arrive somewhere in the Caribbean 2,500 miles away. The voyage is expected to last a staggering 75 days.

For such an epic, open ocean trip, Nicolas built a custom paddle board craft. It is 21 feet long, 3 feet wide, and weighs 132 pounds. It has a 7.2-foot-long waterproof compartment for storing technical equipment and food, and also for shelter and rest. 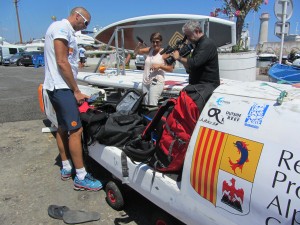 On board, Nicolas will eat exclusively freeze-dried foods (he’s bringing 175 pounds of it). He will have a manual desalinator capable of creating 3.5 liters of drinkable water per hour that he will pump in the morning, noon, and evening.

For security, Nicolas will have a GPS beacon and a survival suit onboard. His router, Patrick Favre, will be in daily contact with Nicolas to be his guide, indicating the weather and course to steer.

A medical team from the St. Marguerite Hospital in Marseilles specializing in sea survival will monitor his preparation and follow-up. 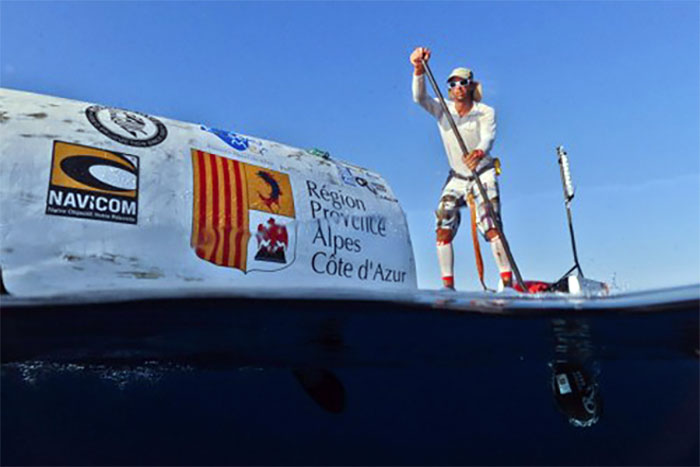 Up Next: Waterproof, Inflatable Adventure Backpack