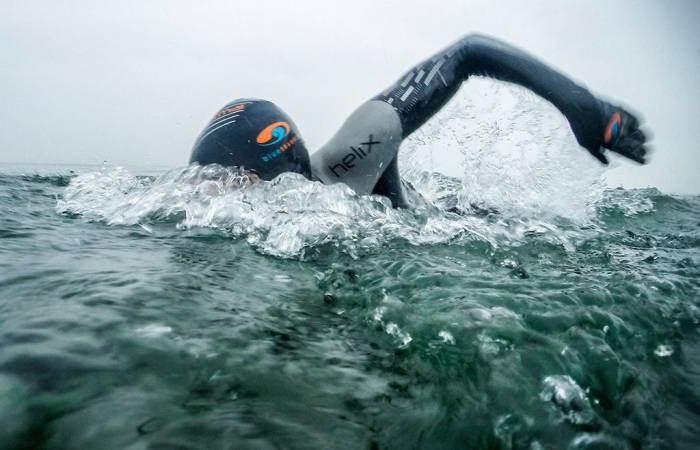 Blueseventy gives its flagship wetsuit a thermal upgrade. We put the new Thermal Helix to the test. 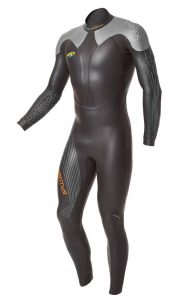 The Thermal Helix is based on blueseventy’s flagship wetsuit, the Helix. It has all of the major design features of its predecessor, a suit that is already regarded among the best wetsuits around in triathlon circles. It has 5-5-4 construction (5 mm neoprene in the chest and torso, 4 mm in the legs) to promote a ‘downhill’ swimming position, ultra-stretch shoulder panels, and heaps of other bells and whistles.

Compared with the Helix, the Thermal Helix adds an integrated zirconium jersey as a next-to-skin layer for added warmth. It swaps the Helix’s permeable “water-gripping” forearm panels for straight neoprene.

The Thermal Helix uses the traditional “zip-up-the-back” configuration, which I don’t love (more on this later). This makes it easier to suit-up solo than the original Helix. Let’s be honest, if you’re swimming in 48 degree water, there’s a good chance you’ll be going alone.

I was lucky enough to test the new suit after my wife put me up to swimming at least a kilometer in our lake each week, right through winter. I thought she was mad. Figuring she wouldn’t actually go through with it, I agreed.

Our lake, right on the edge of Fiordland National Park in New Zealand, is always cold. It rarely gets above 65 degrees F, even in the dead of summer. Come winter time water, temperatures stay below 50 degrees for months.

I started the season in a normal swimming wetsuit, and added booties and a dive hood as the water became frigid. By July (winter in New Zealand), it was becoming masochistic. Although I was in the water for only 15 minutes, I was chilled to my bones. I’d look and act like I’d been spending that time taking shots of iced Limoncello instead of swimming. I slurred my words, stumbled around, and operated with near-zero dexterity.

Thankfully, the Thermal Helix arrived in August, along with one of blueseventy’s thermal skull caps. It came with a pair of bright white cotton gloves, designed to aid in putting on the skin-tight suit without damaging it with fingernail marks. It was a thoughtful touch and has proven super useful — I’ve now donned the suit a dozen times and it still looks brand new.

I’m able to tug it on quickly, yanking hard to get my limbs into the clinging material without worrying about the small punctures that pepper my other suits.

The suit is warm, really warm. With the sun shining it is almost hot until you get in the water. My pores seemed to open immediately the first time I put it on.

In the water however, that warmth is precious. Although it can’t help prevent the icy pain on my face and eyes for the minute or so after complete submersion, the suit keeps my core ridiculously warm.

On my longest test, a continuous swim hour in duration, I stayed in charge of my faculties the whole time. I never felt the deep cold that I was used to after swimming in my other suit for only a quarter as long.

Even my uncovered hands were only moderately useless, probably because my warmer core didn’t need to protect itself by shutting off their blood supply. I expect this suit, paired with blueseventy’s thermal booties and thermal gloves, could keep me warm in sub-50 degree water for as long as I cared to swim.

For a top-end triathlon wetsuit, you’d expect the thing to be fast. Wearing it, I felt faster than in my lower-end wetsuit. My legs had more flotation which put me naturally in the coveted “downhill” swimming position. 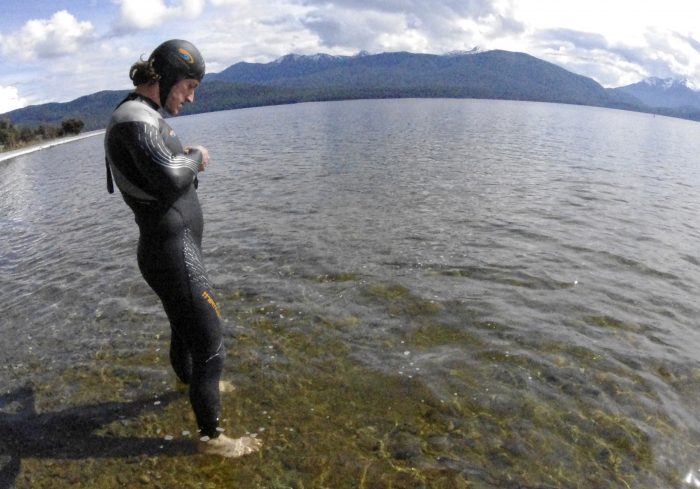 I timed my very first swim around a series of buoys. Without full effort, I finished within six seconds of my PR. I was impressed.

On my long swim, I didn’t feel the familiar shoulder fatigue. The Thermal Helix’s design and swimability certainly seemed to place it on the top tier of swimming-specific wetsuits.

You’d expect this, given the price.  At $850, it’s on near the top tier in terms of investment, too.

I noticed other perks when I took off the suit.  Unlike most other swimming wetsuits I’ve tried, the Thermal Helix seemed to be almost completely dry as soon as I peeled it from my skin. After hanging it inside-out on a line in the shade it was completely dry in a matter of minutes.

If outdoor space is limited and the suit needs to be dried inside — draped over a bathroom door, for instance — its quick drying characteristics mean you won’t end up with a puddle on the floor to clean up later.

The only negative I found about the suit was the zipper.  I’ve got a sensitive neck. Most wetsuits with the zipper at the top leave welts after longer swims that require consistent sighting (lifting your head to see where you’re going).

This suit was no exception. I found myself wishing that the Thermal Helix had retained the Helix’s “top down” reverse zipper, even if that meant needing assistance zipping up. 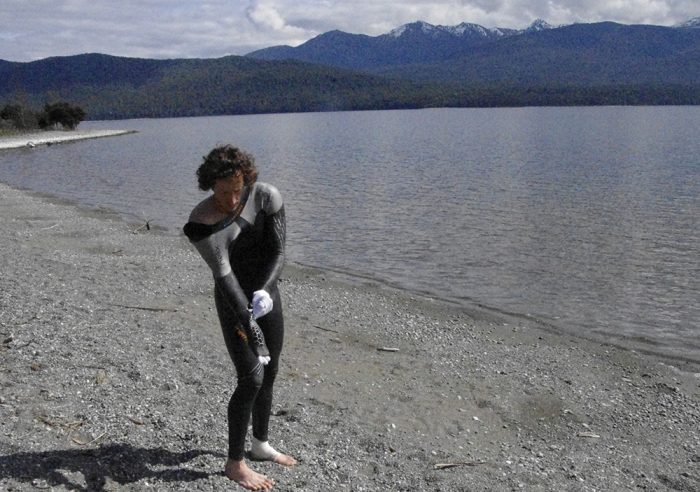 The required investment might not make sense for someone who only occasionally swims in water below 55 degrees. But if cold water is your norm, at least for half of the year, it’s a wonderful wetsuit.

The bottom line is that If you’re a serious swimmer keen on significantly extending your outdoor swimming season, the Thermal Helix might just be the perfect fit. Literally.