‘First you build the raft. Then, you go with the flow.’ 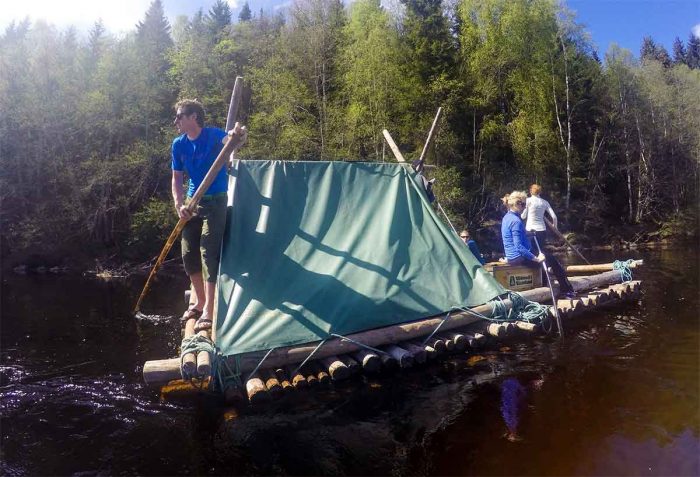 Alastair Humphreys writes on his five-day trip this month down the Klarälven River in Sweden with longtime GearJunkie friend Bruce Duncan of gear and apparel maker Haglöfs UK. They shared the deck with four additional “river rat” adventurers.

I’M LYING IN A HAMMOCK, on a riverbank, in a forest, in Sweden. Down on the water, tied to a pair of trees, is a two-ton raft made from logs.

Smoke is rising from the campfire. The steaks are almost cooked. Evening sunshine spears through the trees. I’m pretty much in heaven.

Back when I was a boy, I used to dream of adventures and rafts and broad rivers drifting through the wilderness. Now, as a grown man in my 30s, I realize that I still have exactly the same daydreams!

And so I was almost giddy with excitement when the opportunity arose to spend five days rafting down Sweden’s Klarälven river.

It took a few hours, plenty of clove hitches, and several hundred meters of rope to turn a pile of logs into a beautiful raft, sturdy enough for six of us. Pushing off from the bank and out into the current was a magical feeling.

We settled down to the slowest adventure of our lives. The river was broad and smooth. There was not a lot to do. And so, being British, we made a cup of tea.

Drinking tea in the sunshine and laughing with friends as your homemade raft drifts along more slowly than walking pace hardly counts as epic adventure. But it was magical nonetheless.

There were intermittent moments of action, and one or two of gentle panic, like when the raft drifted into the riverbank and had to be poled off sandbanks. Or when we needed to quickly maneuver out of the reach of overhanging trees.

But the only thing that really raised the pulse were our occasional bracing swims, leaping into the depths of a river filled with meltwater from recently snow-covered mountains.

Drifting Down The River

Each evening we moored on the riverbank, set up camp, and cooked on a fire. Tori’s cooking became increasingly audacious and magnificent, with steaks and vegetables roasted on embers, and my first-ever cake baked in a campfire.

The sun sets late in the north, and the long, light, lazy evenings were wonderful as the river slid by, listening to birdsong and watching beavers swim and fish rise.

It was interesting to notice how our mood and behavior changed over the course of the journey. At the beginning we were all in “work mode” — minds whirring, needing to be busy, wondering always what to do next, chattering, fidgeting.

It takes time to slow down, to remember how to sit still, to be quiet, to enjoy the view right here rather than impatiently wondering what it will be like round the next corner.

When I think back on the trip, this unwinding and slowing down was the most satisfying part of the experience. Slow adventure has a lot going for it and I’m a definite convert. 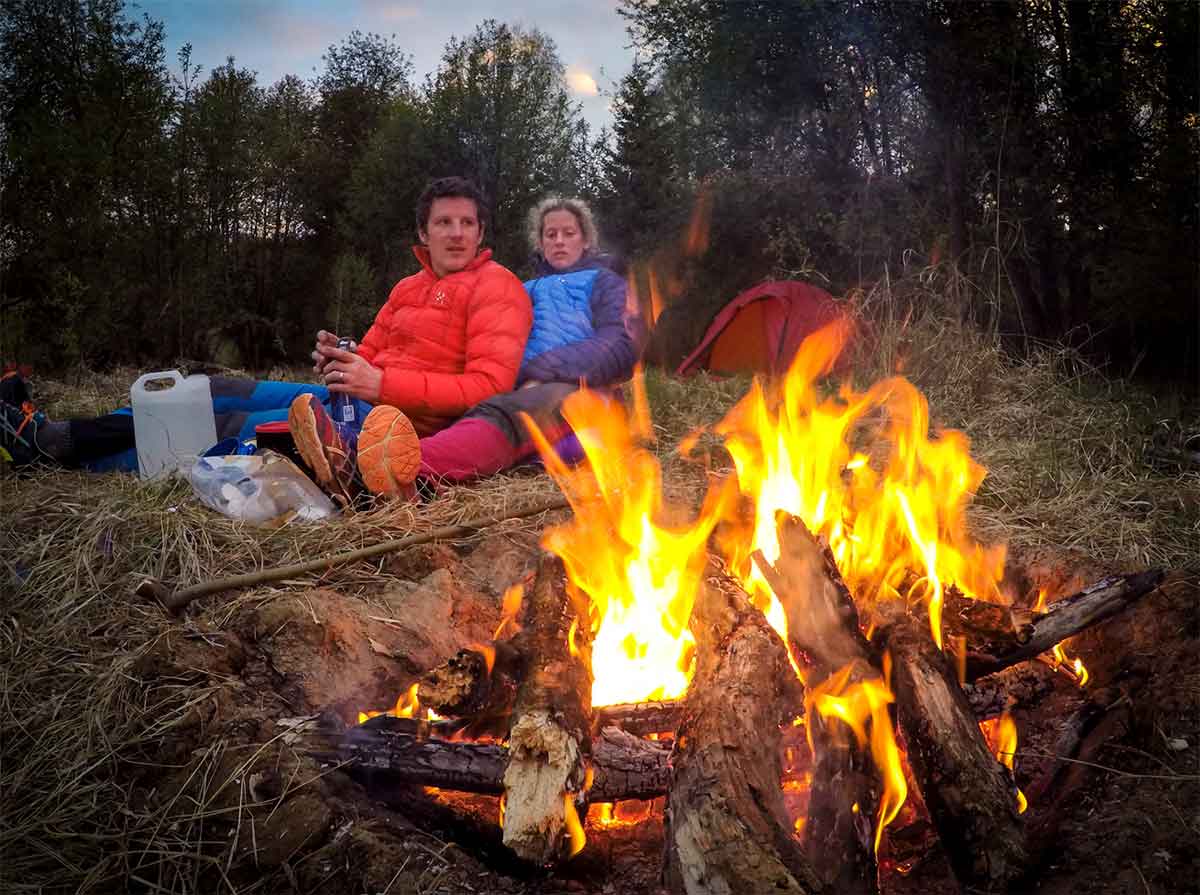 Building something solid and beautiful and useful with your own hands, drifting through a landscape with time to talk properly with your friends, cooking on an open fire, swimming in rivers, and eating pancakes and sausages on a raft.

Yep, I was pretty much in heaven out there.

—Alastair Humphreys is a British explorer, athlete, and outdoorsman. He was named one of National Geographic’s Adventurers of the year in 2012. Learn more about the rafting trip at Visit Varmland. 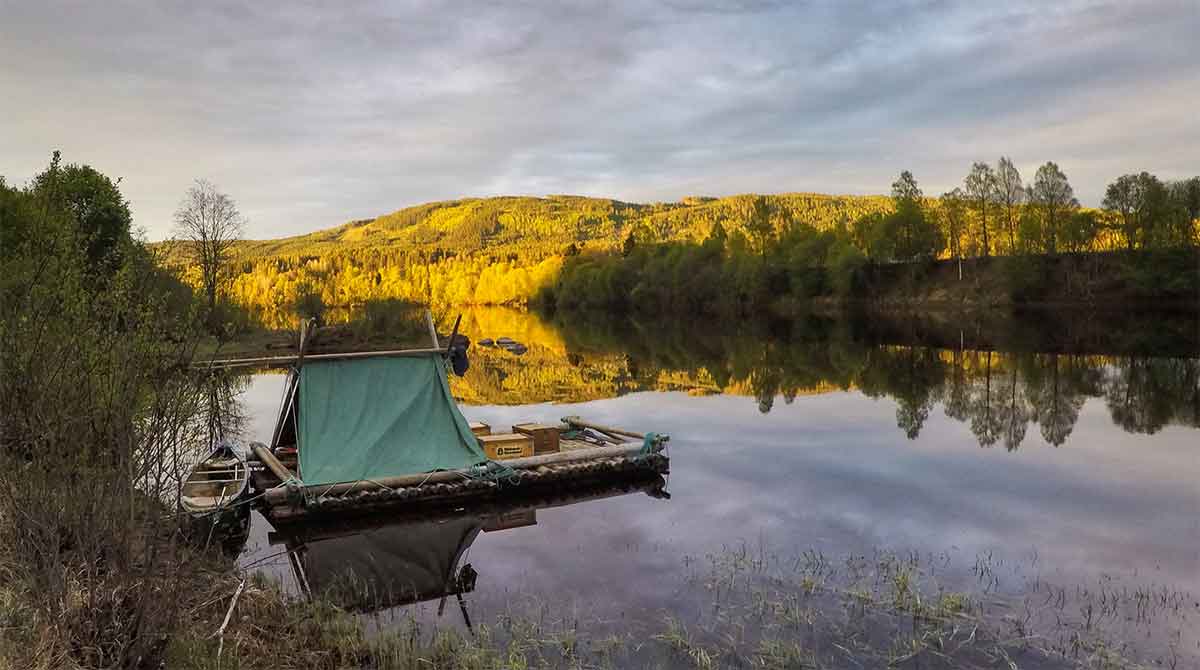