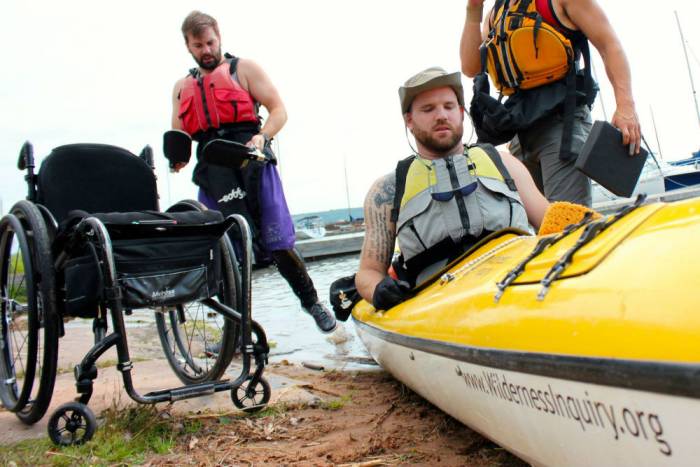 A fleet of kayaks that are more stable, safe, and accessible for people of all abilities hit waters across the country this summer.

A “boat designed for all”: That was the thrust behind a project initiated by nonprofit Wilderness Inquiry and commissioned to boat-maker Current Designs.

The Minnesota-based brand built a yet-unnamed kayak modeled off the company’s Libra XT, a stable two-person craft with big cockpits and 32 inches of width.

The new kayaks, a custom fleet of 10 boats, are part of a pilot program to determine the modified kayaks’ viability for those with special needs.

“People are frequently turned off of kayaking because sea kayaks are often very narrow and sleek, with small, tight-fitting cockpits,” said Nell Holden, operations director for Wilderness Inquiry. “With more space, we can combat all these issues and move past this initial fear, allowing us to focus on what’s really important.”

The fiberglass Libra was expanded volumetrically by adding larger compartments in the bow and stern, improving the craft’s stability in water and making it easier to maneuver for people of all skill levels.

The kayak will measure 21 feet 8 inches long. The added room makes entering and exiting the boat safer, and it allows an expanded center hatch that can be used for those who are physically unable to paddle or for storage of cargo like a fold-up wheelchair.

While Wilderness Inquiry is open to all, many of its trips provide opportunities for persons with disabilities. These trips necessitate gear that is more adaptable than the most readily available options on the market.

The Wilderness Inquiry’s mission — to connect individuals of all backgrounds and abilities with the outdoors and one another — made the organization candidate for an everyone-friendly kayak design.

According to Holden, the maiden fleet will launch this summer and supplement the organization’s old guard of Eddyline Grand San Juan models, which were purchased in the ’90s and no longer in production.

First conceived in 2015 between Mike Cichanowski, owner of Current Designs, and Inquiry staff, the prototype boats were tested on the Mississippi River and approved for an initial production run this year.

Based upon its performance in the field, the kayak design may see greater production numbers in the future. 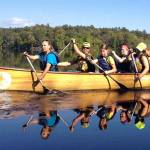 1,000 Adults With Disabilities To Paddle Parks Via Grant

A new partnership funded by a grant from Toad&Co. will expand access to national parks for 1,000 persons with disabilities. Read more…

No word on wider commercial availability or price, but anyone interested in a similar boat can for now look at the Libra XT model. Wilderness Inquiry’s event page lists dates when the custom fleet will take to the water starting this spring.