Home » Camper & RV » Where Are the Electric RVs?

Range, size, cost, and lack of demand are all roadblocks for electric campers and RVs in the United States.

Over the past five years, electric cars have slowly been increasing their marketshare in the automotive landscape. They’re still fairly rare — electric cars make up only about 1 percent of new automobile sales in the U.S. But many industry experts agree that electric vehicles are gaining momentum. Analysts anticipate the number of electric vehicles will increase from 3 million worldwide to more than 125 million in the next decade. 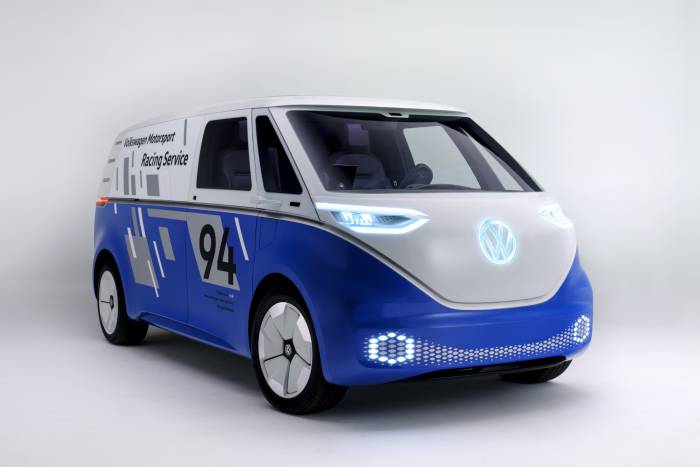 But for all the (metaphoric) noise electric cars have been making, the buzz around electric RVs has been nearly nonexistent. Given that most RV parks already have electric hookups, it seems like one of the major stumbling block holding back electric cars — the lack of easily assessable charging stations — doesn’t apply.

Around 2007, both Winnebago and Fleetwood came out with hybrid electric-gas concept RVs. Due to the economic collapse and tepid market response, neither went to market. More than a decade later, most RV manufacturers seem to be shying away from what would seem to be a wide-open market. Nissan, Volkswagen, and Winnebago all have all-electric models planned. But virtually no electric RVs have been announced for the U.S. market.

So how are RV manufacturers planning for the coming plug-in future, and why haven’t more brands jumped on board? According to Kevin Broom, director of media relations for the Recreational Vehicle Industry Association, the problem is several-fold.

“Most motorhome manufacturers don’t make their own chassis,” said Broom — so they’re at the mercy of Mercedes and Ford, the two biggest chassis suppliers. “Then you have to consider the weight of the average vehicle. Even a small motorhome will weigh in at around 10,000 pounds, and unfortunately, the battery technology [to push that weight] isn’t there yet.”

Electric RVs: From Concept to Reality

Some of the smaller van-based concept vehicles showing in Europe have a range of 150-200 miles. Broom doubts that’s enough for American RVers given the U.S.’s larger size and our desire to get where we want to go. 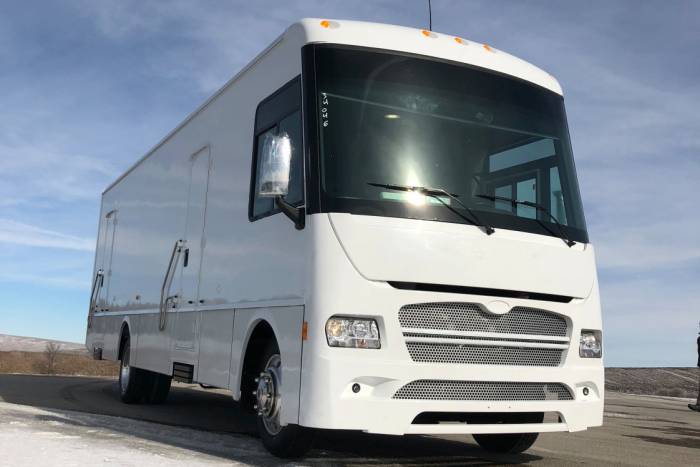 Winnebago’s new electric Class A RV utilizes Motiv’s EPIC all-electric chassis (based on the Ford F-53) and will be available in 33- and 38-foot lengths. But the vehicle’s range is only expected to be between 85 and 125 miles on a full charge, making it more ideal for urban applications. 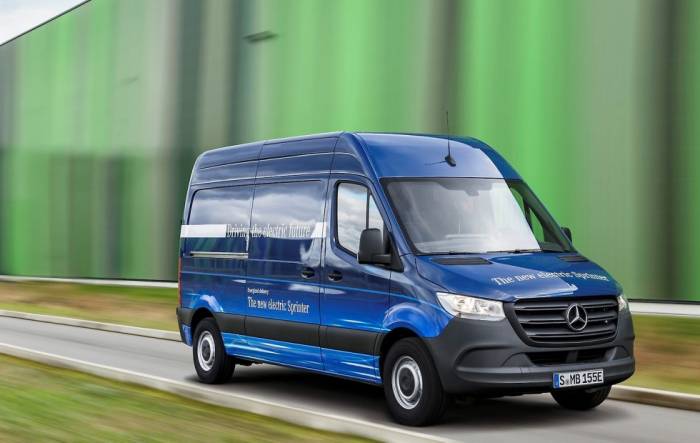 Mercedes’ eSprinter will be released in Europe in the second half of this year, but there’s no timetable for a domestic release. Even more bad news: The 90-mile range probably curtails any hopes of being used as a campervan. Ashley Gillam, a spokesperson for Mercedes-Benz USA, believes a second concept vehicle, the Sprinter F-Cell, could be a potential solution. But it comes with its own problems.

“The Sprinter F-Cell offers a longer range [of more than 300 miles] and shorter refueling time, with a comparably low system weight,” Gillam said. “RVs are just one possible use. But the main challenge for fuel-cell vehicles is the infrastructure. Although there are several hydrogen fuel cell stations in California, they aren’t prevalent across the U.S.” 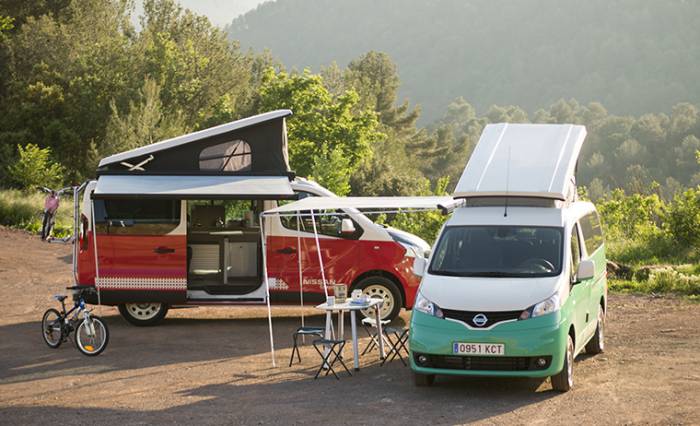 Nissan’s pop-top e-NV200 campervan will be available in two configurations: a Weekender sleeper package and a full camper with included kitchen. It has a 124-mile range and should launch in Spain sometime this year. Nissan has yet to announce its potential cost or if it will land stateside.

A relatively small German company, Wohnmobile showed its Class C Iridium camper prototype at a recent RV show in Europe. The concept vehicle offers a 186-mile range but has a nearly $200,000 price tag. Further complicating matters was the lack of fanfare and the unfinished look of the RV. Some at the show questioned its promised launch later this year.

Ultimately, electric RVs’ smaller size and bigger price tag may be the final roadblock. Many buyers are willing to spend $100,000 or more on new Class A vehicles with all the bells and whistles. But will they fork over that much money for substantially smaller electric RVs or campervans? For now, the answer is no, according to Broom. But that could change in the near future.

“We’re just not seeing a demand for electric RVs right now,” Broom said. “If there was a huge call for them, manufacturers would find a way to [extend the range or otherwise make it work]. The current generation of RVers wants the biggest one they can afford, but millennials are showing they’re willing to spend the same amount of money on (a smaller RV) with more features. As more younger people enter the market, it’s likely we’ll see a change.” 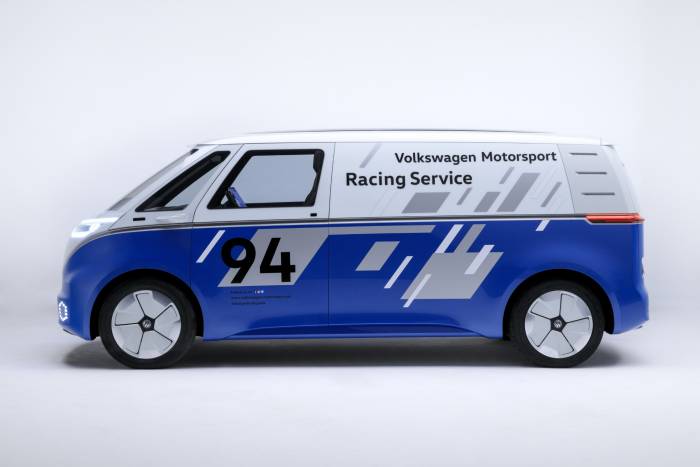 Volkswagen’s promised electric Microbus update could be that early game-changer. With a driving range of 270 miles, solar roof, and a fully autonomous mode, the ID Buzz checks many of the boxes on an RVer’s wishlist. Given the number of VW owners obsessively clinging to their old Microbus or Westfalia, the new model could have a built-in audience when they come to market domestically in 2022. (VW has not announced the MSRP yet.)

Volkswagen spokeswoman Jessica Anderson says it’s unlikely the initial offerings will include a camper option. Given the number of van life aficionados converting virtually every vintage Dodge Promaster or Ford Econoline into a house on wheels, expect to see several modded-out eVWs in Instagram posts in three years’ time.

So what’s an Earth-conscious camper to do in the meantime? Broom suggests a lightweight travel trailer towed by a hybrid SUV or pickup.

Up Next: 2020 RAV4 TRD Off-Road: Toyota Slaps an Off-Road Badge on Its Little SUV