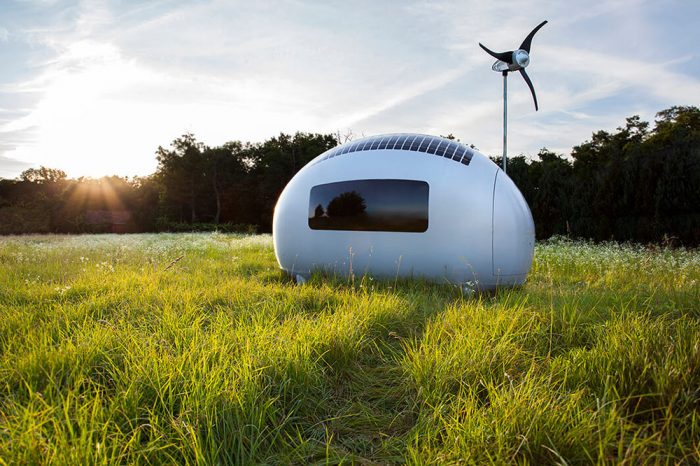 If size actually doesn’t matter, then the Ecocapsule might be your perfect earth-friendly dwelling.

Launched in 2015, Ecocapsule wrapped up its 50 first-generation pilot builds in December. With the money raised, the company plans to begin mass-producing and selling the mobile solar- and wind-powered pods worldwide this year. 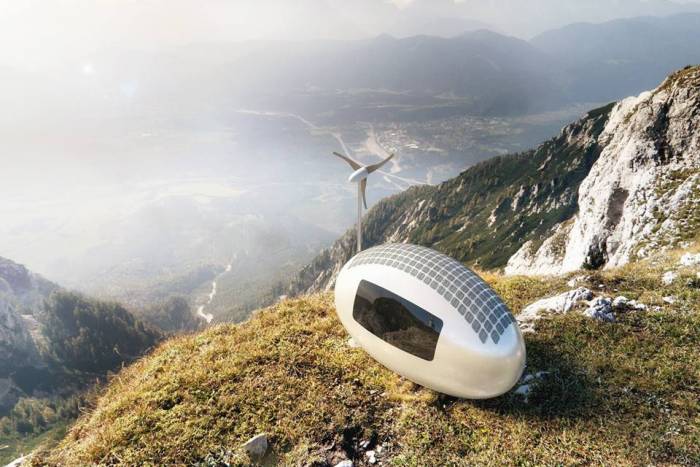 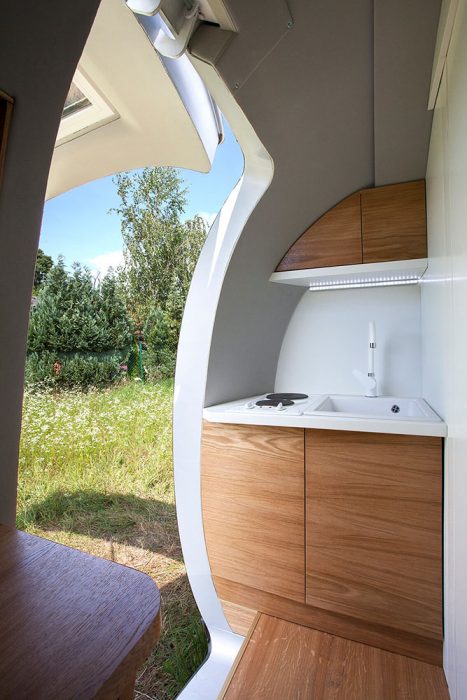 Ecocapsules are one-to-two-person, mobile living units that draw and store energy from the sun and wind. Each pod comes with solar panels, a wind turbine, and 10 kW battery pack. It weighs 2,600 lbs. with empty water tanks.

Even with no sun, the brand claims the Ecocapsule will run for at least four days. But, it notes, with the wind turbine there’s a “very low” chance of ever draining the battery. Plus, it’s compatible with standard power hookups.

Reverse-osmosis water filters allow eco-dwellers to safely collect and drink rain, lake, or river water. All told, the Ecocapsule is designed to sustain inhabitants for up to a year. Presumably, at that time the filters would need to be changed and maintenance performed.

The cost: Life in one of these costs less than a house. The first-generation capsules cost about $85,000. But, on its website the company promised this year’s second-generation homes would come down in price with mass-production. 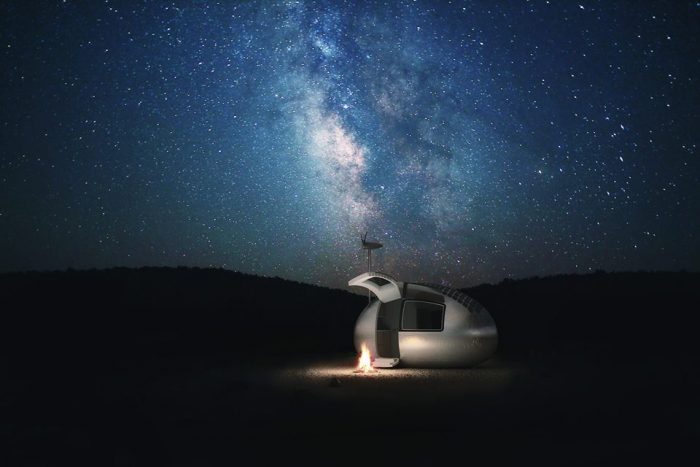 In addition to water and energy, each capsule comes with furniture. This is especially nice considering an ordinary full-size bed, a coffee table, and a couple chairs would max out the floor space. 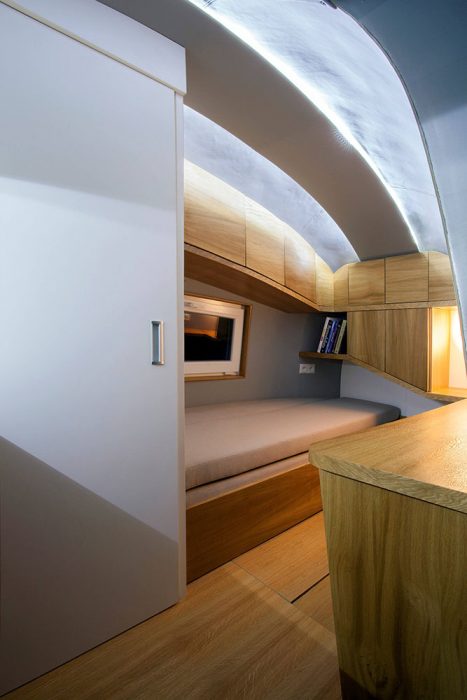 Ecocapsule makes use of a folding bed (about the size of an extra long and wide twin), built-in desk, cabinets, kitchenette, closet, and water-saving shower.

And, of course, toilets! Composting toilets came standard on first-gen capsules, but an “incineration toilet” is in the works for this year’s upcoming models.

The pod has four small wheels for transport along smooth surfaces. But, work is underway for purpose-built trailers to carry an Ecocapsule to more rugged terrains. The trailer is expected with the second-gen pods.

Should you run out and buy one for the Rapture? Well, 1) Only if you’re planning on being left behind; and 2) It depends on your needs. The Ecocapsule is concept-car goofy, but does have practical uses as a pre-fab, portable, tiny home that powers itself. 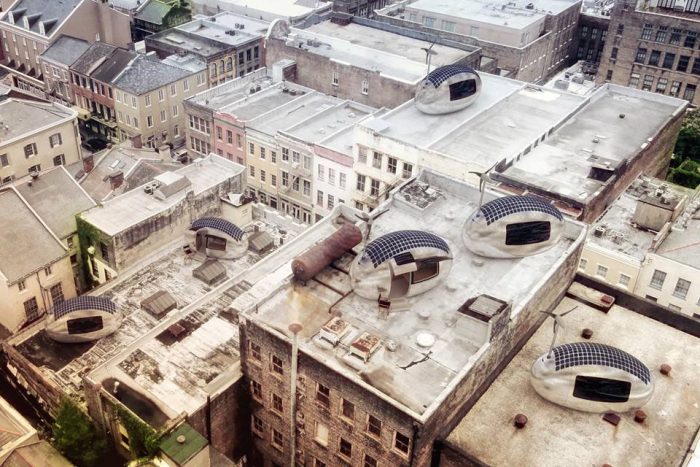 It may not become the future of cities, but we see it as a fun, tow-behind alternative to an RV. It’s modestly-priced, has more versatile utility options, and did we mention an “incinerator toilet!”

Saving…
The Key To This Happy Marriage? Live In A Van
Meet Vistabule: The Small Camper With Huge Windows
×