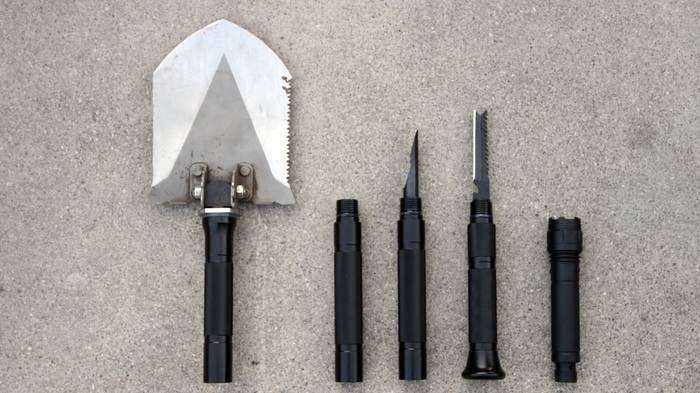 The product, called the Attachment Shovel, contains a laundry list of most every tool you want to have around camp.

Built on the chassis of an aircraft aluminum handle, the Attachment Shovel’s various implement heads can be switched out for many uses. 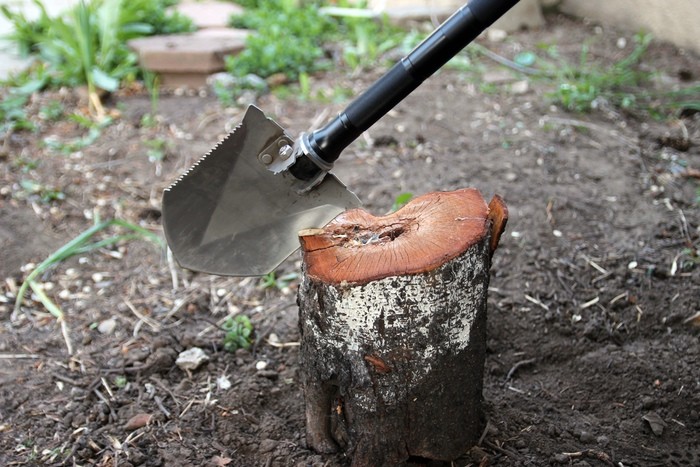 The high-carbon steel shovel head itself also has a saw blade on one side and chopping blade on the other. It can be pivoted to be used as a hoe. 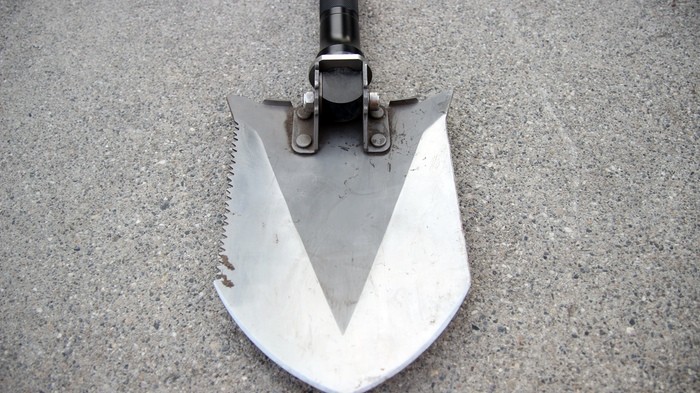 Hidden inside the extension handle is an ice pick, a string saw, bottle opener, wire cutter and rechargeable flashlight with four modes (including pulse and SOS).

The battery of the flashlight can be used as an emergency phone charger with the included adapter.

Other attachments include a knife, fire starter flint, and phillips/flat head screwdriver bit. 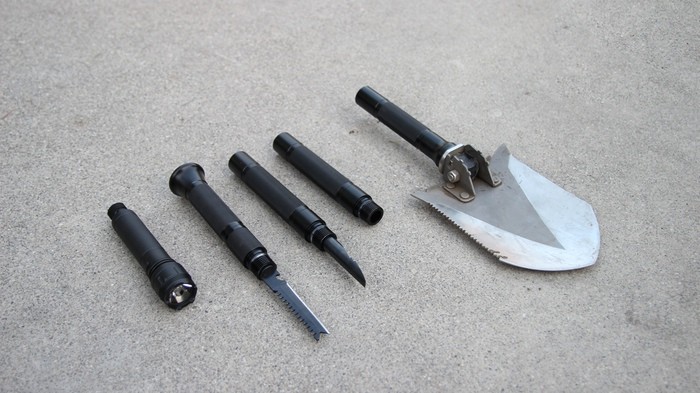 The entire package is priced at $130 on Kickstarter. While we haven’t yet tested it, the Attachment Shovel packs a lot of useful implements into a single device.

We can’t speak to the quality of manufacture, but if it’s stout, this could be a great multi-purpose device for the campground or back yard.