Our “From The Field” column gives a quick look at gear in testing from the GearJunkie staff and readers around the world. 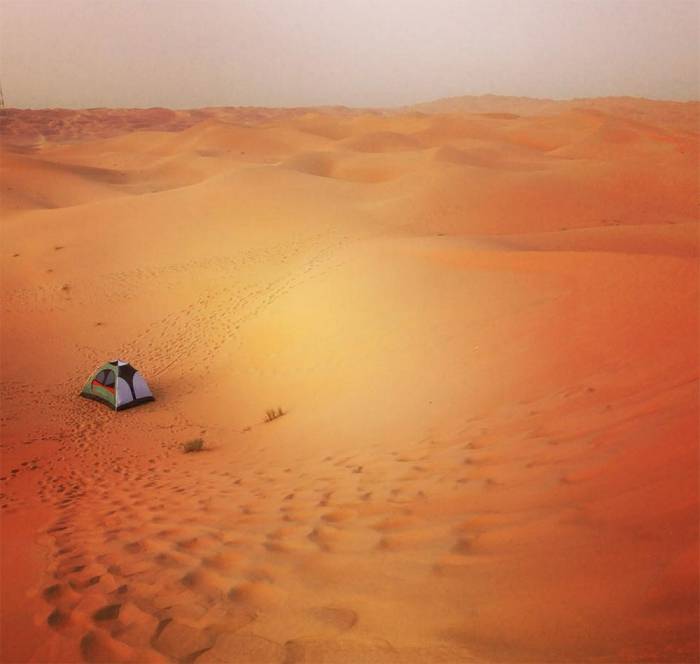 The Scene: Erik Cooper wrote last year for us about the Tsataan people and his journey to a region of Mongolia near the Russian boarder. (See his article, “Gear Of The Tsataan.”) This week, Cooper and his adventure buddy Jacob Vanags returned from the Empty Quarter desert on the Abu Dhabi/Saudi Arabia border.

The duo camped out in the largest sand desert in the Middle East. “Look around, there ain’t nothing but a sea of sand, oh, and scorpions,” Cooper said. “The wind picked up before we anchored our tent down and it went flying like a tumble weed across the desert!” 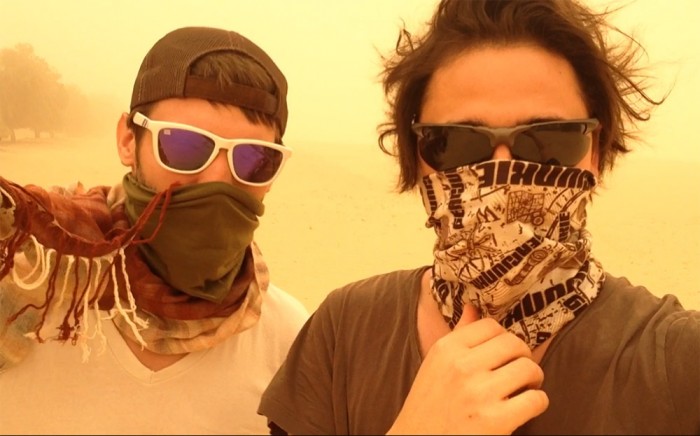 The Empty Quarter (Rub’ al Khali), is the largest sand desert in the world, stretching some 650,000 square miles. Home to scorpions, lizards and horned vipers, Cooper and Vanags explored it over the course of a few days, including camping out and waiting until nightfall, when the mid-day heat dissipated, to explore and summit the giant sand dunes of the region.

“With the full desert moon lighting our way we eventually set up camp close to the Saudi Arabia border.”

The Gear: The Original Buff (GearJunkie model). The thin poly head-wrap gave Cooper protection from the sun during the day, warmth at night, and also a “breathing mask” when the wind and sand kicked up.

Feedback: “Thank God for my GearJunkie Buff. It saved our ass in the storm,” Cooper said. “With limited visibility and high winds, we were praising the gear gods for inventing the Buff!” 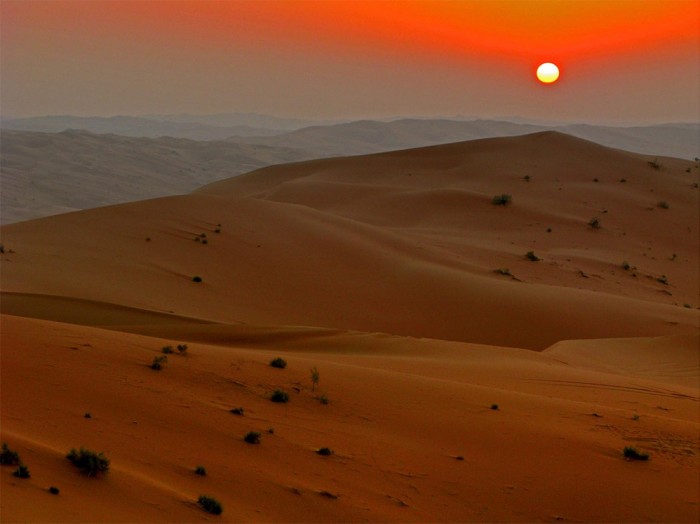 Here are Cooper’s words on the adventure: “Sandstorm! We’ve all heard of them, and most likely quickly associated it with “Aladdin,” but last week as Jacob Vanags and I found ourselves caught in one in Abu Dhabi, we quickly learned how serious they can be. Locals talked how they hadn’t seen a sandstorm this bad in years.”

Traditional Gear: In addition to the Buff and their regular clothes, the pair brought the traditional “kandura” apparel with them into the desert. They wanted to see how it compared with western clothing in the sand, sun and heat. 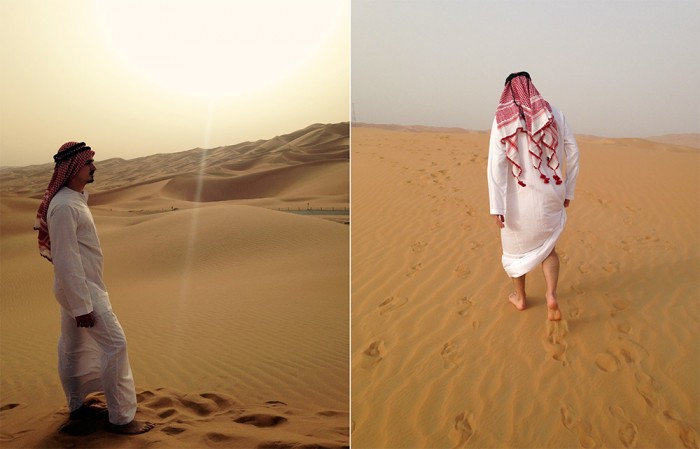 Said Cooper, “They don’t wear underwear beneath the kandura, but they do wear a type of thin kilt. We didn’t know it at the time so just went commando, then we realized they’re kind of see-through!”

The headdress, called a keffiyeh, is fashioned from a big square cotton scarf and is used to protect from sunburn and wind. (Interesting aside: The round, cord-like piece on the top, called the agal, originated as a camel-hobble for Bedouins so they could “park” their camels when no stable or tie-off was available.)

The westerners compared the traditional desert clothing against what they brought from home. Cooper said the white fabric did a good job reflecting the sun, and the thin airiness of the fabric allowed them to stay cool.

“The headdress works just as good as a Buff,” he said, “as long as you can perfect your wrap-and-tie skills!”

–Get featured in “From The Field.” Send a photo of yourself (or a friend) using your favorite gear in a stand-out setting. Email photo and text to our editor, including a few sentences explaining the scene and the gear.

Up Next: World’s Smallest Bottle Opener