Home » Camping » Hammock Virgin: My First Time Was An Accident

I’ve never been a huge fan of sleeping in a hammock, and I’d never made it a full night before crawling out to find another spot to sleep. 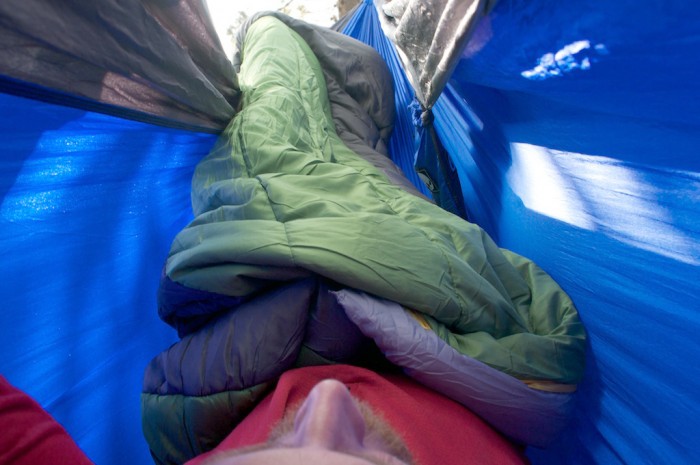 But when you drink a little more beer than you should for a Tuesday night, and you happen to be spending the night in the woods anyway, a vacant hammock can look really inviting.

I was a little surprised to blink open my weary eyes to see daylight — and the inside of a hammock — after having slept comfortably through the night in an ENO Double Nest. It was the unintended consequence of spacing out in the hammock and staring at the stars after a few beers.

I first spent a lot of time in hammocks living in Central America, where the ubiquitous mesh models dangle in most homes and hostels. I learned to enjoy them for an afternoon, but dreaded the sore back that would undoubtedly greet me sometime in the middle of the night.

But not this time. After the long night in the tightly-strung Double Nest, I woke up feeling fresh and not sore, if a little hungover.

The night had started innocently enough. Beers and bocce ball gradually devolved into a potato gun and whiskey, and around 11 p.m. I nestled into the hammock with my sleeping bag to “look at the stars.” 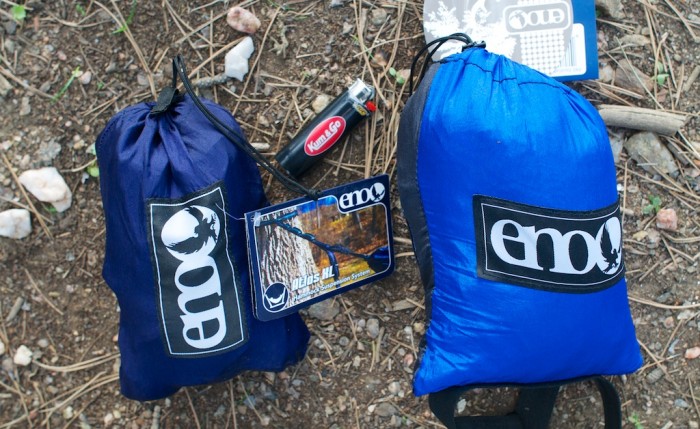 It was a balmy 65º night, so even without any sleeping pad, I zonked out fast and stayed warm enough to sleep through the night.

In the morning, I awoke to the sounds of a camp stirring to life. People were milling about, and soon the smell of coffee coerced me from the hammock.

“Not bad at all,” I thought as I slipped from the hammock and into my sandals. No sore back, and I’d stayed comfortably cool all night.

Upon packing down the Double Nest ($70 at REI), I found it small and easy to use. Including two wire gate carabiners, it weighs just 19 ounces and packs to the size of a water bottle. The XL Atlas Suspension System straps were simple to use and add $40 to the price and 16 ounces to the weight.

The system, as I used it, was uncovered. I would have suffered in a rain storm or buggy night. But on a breezy, clear, and balmy summer’s eve, it was downright awesome. 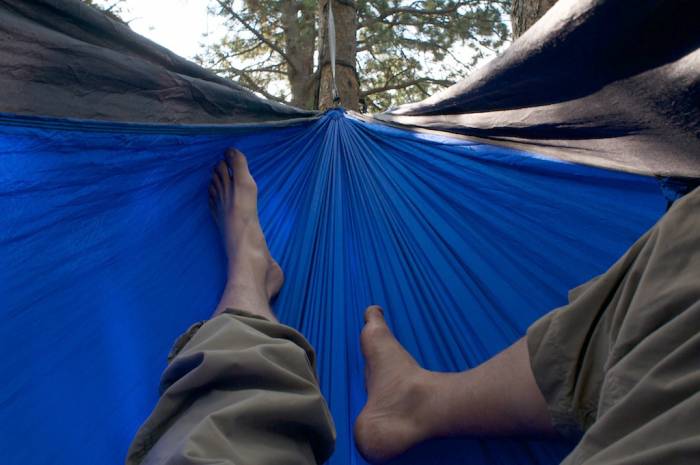 Will I become a hammock camping convert? For now I think that’s unlikely. But this first truly comfortable night got me thinking, and I’m definitely going to keep an open mind and experiment more with hammocks in the field.