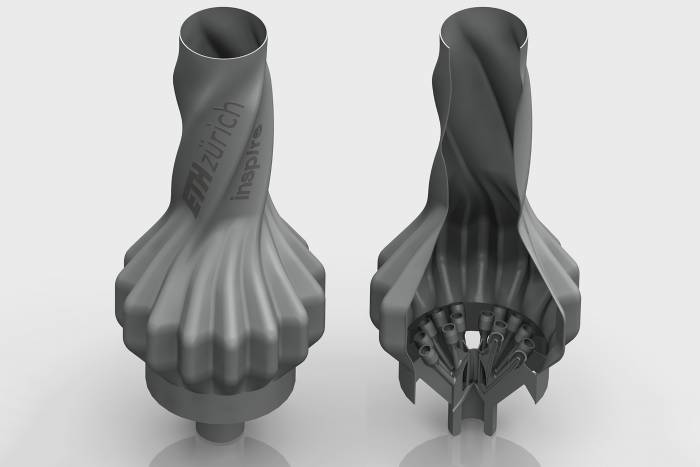 The PeakBoil camp stove is made from layers of laser-heated molten steel. Its designers make the bold claim that it outperformed conventional options on a windy mountaintop in the Swiss Alps. 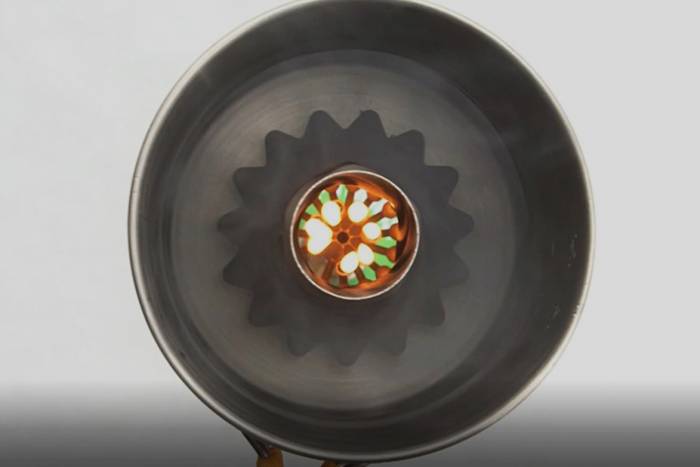 The world of 3D-printed gear is still pretty small. And the items that are 3D-printed are mostly either small components of traditionally manufactured products or rudimentary knockoffs of tried-and-true gear.

But a doctoral candidate, along with a group of students at the Zurich University of the Arts, created a fully 3D-printed camp stove they claim is more efficient and impervious to gusting winds than other stoves.

The ETH Zurich Design and Technology Lab announced the odd-looking camp stove last week on the heels of winning a 3D-printing design award. So far, the PeakBoil is just a prototype. It uses a stainless steel “kettle shaped like a Bundt cake tin” to protect specially engineered burners from the wind.

What’s more, the unusual twists and ripples in its design require a powerful laser that precisely melts a fine metal powder “layer by layer.”

Check out the whole process and see the PeakBoil prototype in action below:

To test this Bundt-cake camp stove, project leader Julian Ferchow and his team took it on a ski tour of Säntis, the highest peak in the Alpstein massif in northeastern Switzerland.

“It was windy, and it was lots of trouble to get a conventional stove to work. But we had no difficulty heating water with our prototype,” Ferchow said. 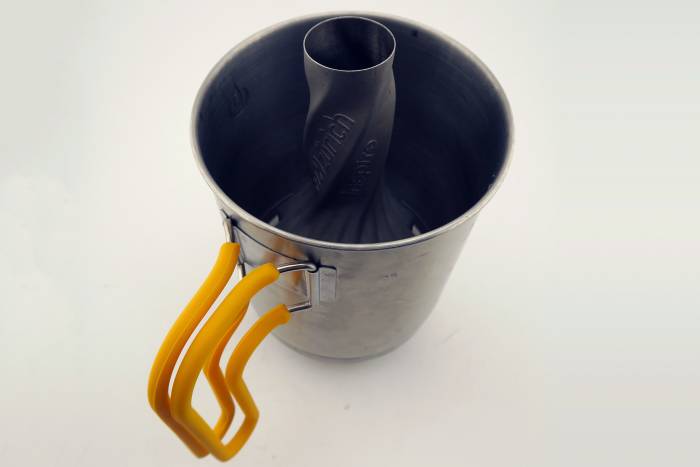 While we can’t say just how much better this prototype stove worked, Ferchow revealed the reasoning behind PeakBoil’s unusual construction. According to him, the walls around the burner are very thin to promote heat transfer into whatever’s being cooked. And the striking “citrus juicer”-like rippling surrounding the burner “increases the contact area between the flame and the jug” it sits in.

Plus, the gas nozzles inside have unique attributes as well. Dubbed “Venturi nozzles,” these gas jets cause a drop in pressure within the vessel. According to Ferchow, this increases airflow and makes the flame more efficient.

And those fancy nozzles and goofy burner still run on the same old fuel tanks as other camp stoves. 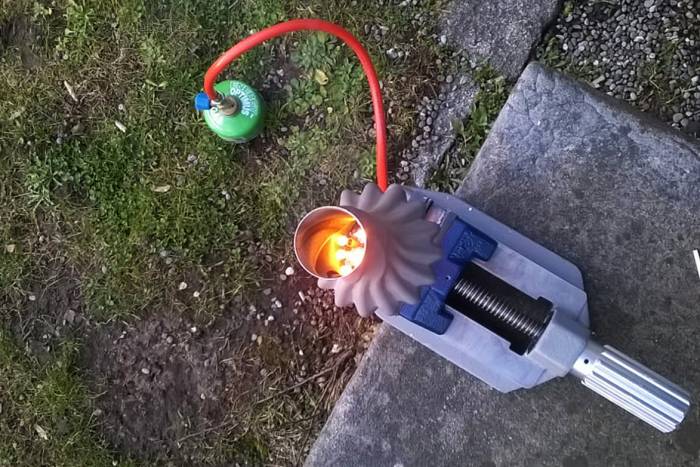 PeakBoil: What Does It Do?

While that’s all well and good, campers and mountaineers shouldn’t get too excited just yet. PeakBoil remains a prototype. Ferchow’s team said they haven’t perfected it yet.

“I think we should be able to further increase the efficiency of the burner by optimizing the flows of gas and air,” Ferchow said. “We also hope to find industry partners who will work with us to further develop the product.”

Translation: They need more money and time before you ever see this thing on a shelf.

In addition, the PeakBoil’s current design doesn’t allow users to do much more than heat water. While that’s important, the value of the old-fashioned camp stove is that it works for heating liquids, solids, and delicious combinations of the two.

Nonetheless, this unusual take on a familiar product has us looking forward to more innovation in the space. After all, who wouldn’t like that first cup of camp coffee a bit quicker?