Home » Camping » Bad Water: How to Treat H2O in the Outdoors

Bacteria, protozoa, and viruses are the ne’er-do-wells that can contaminate water supply in the outdoors and make you sick. Here are some tips to stay healthy when hydrating. 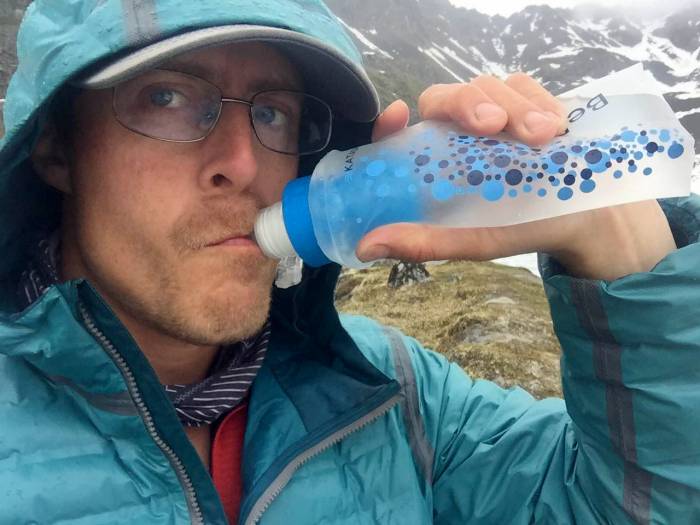 The sickest I’ve ever been was high on a glacier in the Peruvian Andes. Two weeks into the trip, tent-bound and 18,000 feet above sea-level, my climbing partner and I shivered in our sleeping bags. We could barely move. And when we did, we were usually scrambling for the tent door.

The root of the issue: Little-to-no snow fell the previous winter. So we were melting fecal-contaminated snow from last year’s climbing season and drinking it. We simply did not purify it well enough.

It took me a week to muster the energy to get off the mountain, and another to get back on a route. But with a little upfront diligence and prevention, the whole event could have been avoided. 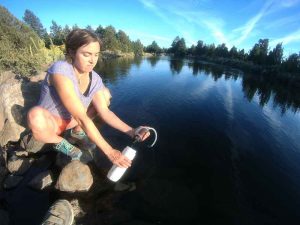 We dug up some pointers from the CDC and reached out to MSR Lab Manager Zac Gleason for pointers on how to keep the “Healthy” in H20. Here’s what you should know.

In North America, giardia is the most common ailment caused by drinking untreated water in the wild. Worldwide, myriad diseases, from cholera to dysentery to guinea worms, affect millions of people.

Gone are the days of ladling sweet, potable water right out of the stream. Even the purest-appearing water can be contaminated. Animals have always been a source of “beaver fever,” and with more and more people taking to the backcountry, human contamination is becoming more pervasive.

Unless you’re pulling water from a natural spring, it’s best to assume the water needs treatment.

When traveling abroad, even tap water can be suspect. Be sure to research the water before traveling to a new country.

Those traveling abroad in developing countries should opt for bottled water or treat any tap water.

“There are definitely higher-risk areas—for example virus is more of a problem in the developing world than in the U.S. and Canada,” Gleason said. “But in truth, contamination is always possible. It is best to always look for clear, moving water if you can, but as pathogens are microscopic, you are not going to be able to tell water is safe or not either way.”

Cryptosporidium causes the diarrheal disease cryptosporidiosis. According to the CDC, it is the most common waterborne disease in the United States.

Giardia is common on surfaces or in soil, food, or water contaminated with feces from infected humans or animals. It has an outer shell that makes it hard to kill with chlorine disinfection.

Many bacteria such as E. coli can be found in drinking water.

Rarely a problem in North America, viruses can pose hazards in many parts of the developing world. Hepatitis A, among many others, can be found in water.

Filtration is highly dependent on the size of the pore. Finer pores will trap smaller critters (think viruses). And even then, a pernicious virus might require a chemical disinfectant matrix to kill them entirely.

While disinfectants can be effective, they require longer contact time. Many disinfectants require a minimum 20 minutes of exposure (others upward of four hours) to completely eradicate the pathogens. Gleason emphasized the importance of following dosing directions.

SteriPens emit ultraviolet (UV) light that destroys microorganisms’ DNA. The water needs to be sediment-free for the UV light to be effective.

It’s important to note the CDC claims there is a lack of independent testing data available to confirm its absolute effectiveness.

A surefire way to kill all the pathogens? The CDC states that you need to boil for at least one minute, and at altitude, you should boil water for at least three minutes.

Finally, practice good hygiene. Bury human waste 200 feet from water and eight inches underground. Wash your hands with soap and water, or bring hand sanitizer to clean up after going to the bathroom and before handling food.

What To Do If Encountered/Treatment

While 10 percent of cases have no symptoms at all, symptoms can present as quickly as one day. Symptoms will usually present one to three weeks later (hopefully when you are at home).

Swallow a bug? Blessed is the man who brought surplus rolls of toilet paper.

Seriously, though, pound the fluids and don’t forget the electrolytes. eCaps, Gatorades, even sodas, can help keep electrolytes up.

Upon returning to civilization, see your doctor. They can identify the root cause and prescribe the right form of treatment.

In extreme cases, dehydration can cause death. In most cases, though, sickness will lay up the afflicted flat with malaise, diarrhea, cramps, and vomiting. Some viruses can lead to more serious issues, like hepatitis and meningitis.

An Ounce of Prevention

Gleason closed our conversation with some sage advice.

“I like to think of water treatment in the backcountry as being similar to wearing your seatbelt: You do it because of what might happen, not because you expect it to happen.”

As for me, it only took two weeks out of a holiday climbing trip for the lesson to stick.

Up Next: Hitch-Mountable: ‘Rooftop’ Tents, Down To Earth

Saving…
Hitch-Mountable: ‘Rooftop’ Tents, Down To Earth
Like Fall Colors? Check Out this ‘Foliage Map’ for Campers
×