The massive, heat-reflecting space tent can stand on its own or serve as a post-civilization glamping hub, connecting to satellite tents via tunnels.

The original idea behind the annual Burning Man festival was to live outside of civilization and its everyday conventions in the middle of a scorching hot desert. People, the theory went, would survive by relying on one another without money or class, surviving solely on barter and good faith. 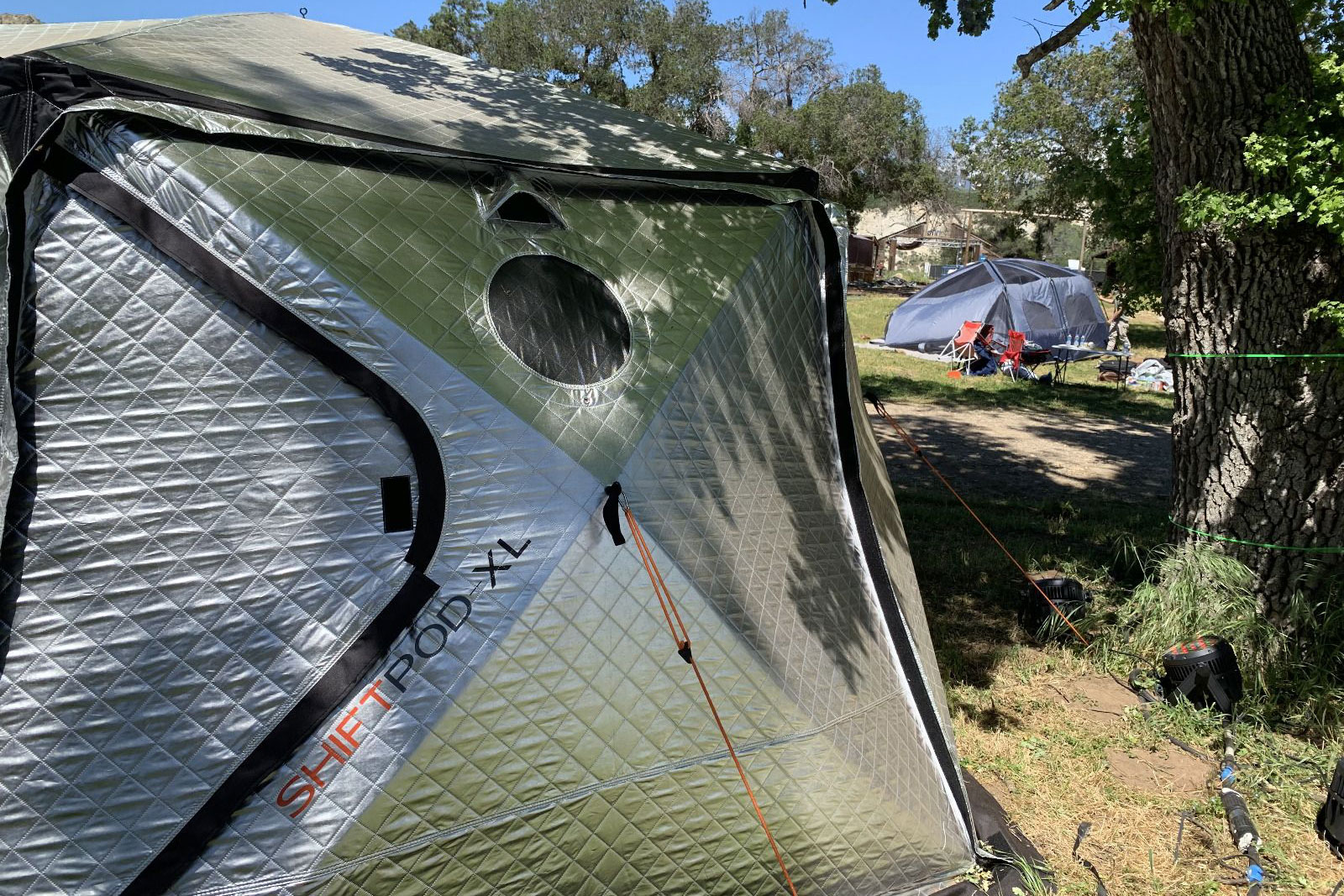 But over the years, the sheer spectacle of Burning Man — and there are many — has attracted many who just want to party for a week in the middle of nowhere. And that means less impetus on the basics and more on the outrageous.

As such, the tent that helped turn the festival into a luxury retreat just supersized into a 14-foot-wide, $2,500 “monster” shelter. Ladies, gentlemen, and everyone in between: Meet the Shiftpod XL!

Originally launched in 2015, Shiftpod introduced a whole new class of tent. With its three-layer, heat-shielding silver shell, the Shiftpod looked like something more likely found on Mars than in Nevada’s Black Rock Desert.

Whereas the original stood 12 feet wide and accommodated a single queen-size mattress, the Shiftpod XL spans 14 feet and can fit two queen mattresses. And it employs an unheard-of 12-layer fabric to keep the elements, and perhaps torpedos, at bay.

The mammoth structure stands a whopping 7 feet high at the center and weighs in at — wait for it — a solid 100 pounds! In the proverbial pack, however, the XL stows to just 7.5 feet wide.

Don’t worry, though — Shiftpod advertises that one person alone can set up the XL in as little as 2 minutes. Of course, that doesn’t include the time it takes to unload it from the flatbed you used to haul it into the desert. 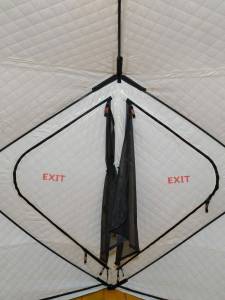 As noted, the XL can be paired with up to five other Shiftpods via tunnels (sold separately). Plus, it has a 6-foot-wide main bay door with vestibule patio and an inner, lockable “safari door.” Five smaller auxiliary doors make it almost impossible to not find your way into, or escape from, the Shiftpod. I say “almost” because the XL ships with six combination locks.

The XL also comes with a “blast shield” and “dark-out fabric.” And if you don’t know what those mean, you shouldn’t go to Burning Man in the first place. Rounding out the build are power outlets, filter vents, and dual A/C ports.

All this can be yours for $1,999 — now on mark-down from its $2,500 sticker price. But hurry, the Shiftpod XL is on a limited run. All orders will ship by the end of June, just in time to rent a U-Haul to carry the thing and get to Burning Man in August!

Shift Pods are tents made with a thick, insulating and reflective material to regulate temperature inside. Read more…

Up Next: 2019 Camp Gear Test: Why We Sent Our Editors Into the Mountains

Saving…
2019 Camp Gear Test: Why We Sent Our Editors Into the Mountains
The Rooftop Tent Revolution Gets a Splash of Color
×