Home » Camping » Sleep on the Lake: Floating Tent Pitches on the Water

Who needs a waterbed when you can inflate a whole tent right on a lake? 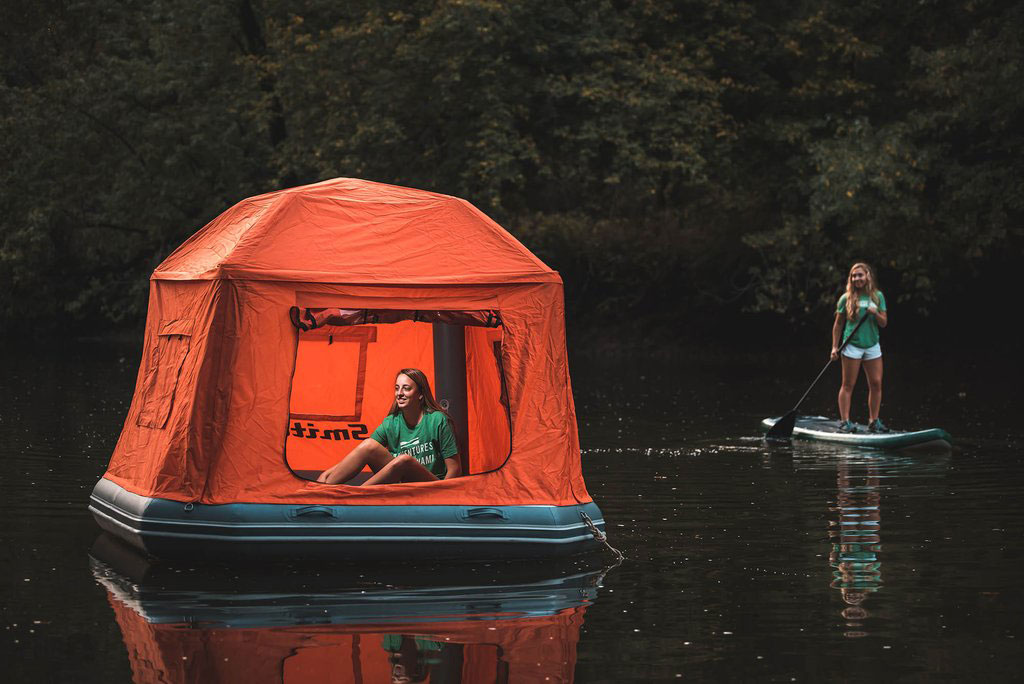 Looking for a flat place to pitch a tent? Really, nothing’s more level than a lake.

The Shoal Tent from SmithFly blends a boat with a tent, and while not exactly practical, it also looks pretty awesome. The eight-foot-by-eight-foot monster tent uses air instead of poles to stay upright. And best of all, it floats. 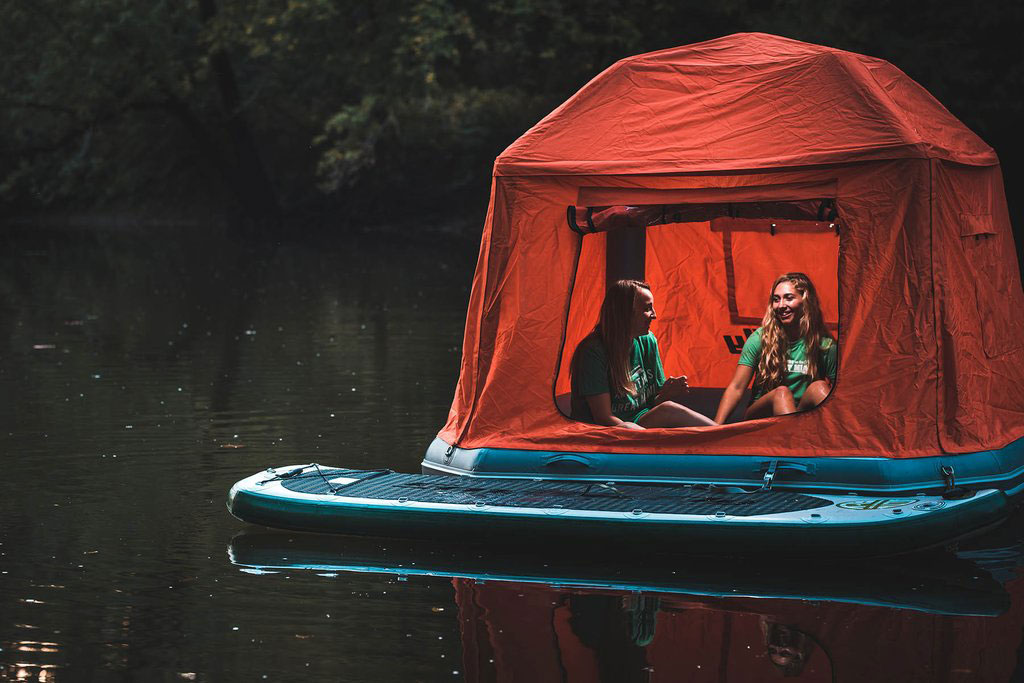 Six inches of air sits between you and the lake’s surface. A third air tube blows up to erect the tent frame. And the whole enchilada inflates with an included foot pump.

You can use the raft portion of the product alone and float around on the lake. But really, it comes into its own unique glory with the tent pitched.

The tent walls and top all attach to the frame with hook-and-loop straps that “stand up to high winds without a problem.” Inside there’s standing room for anyone up to six-feet three-inches, according to SmithFly. 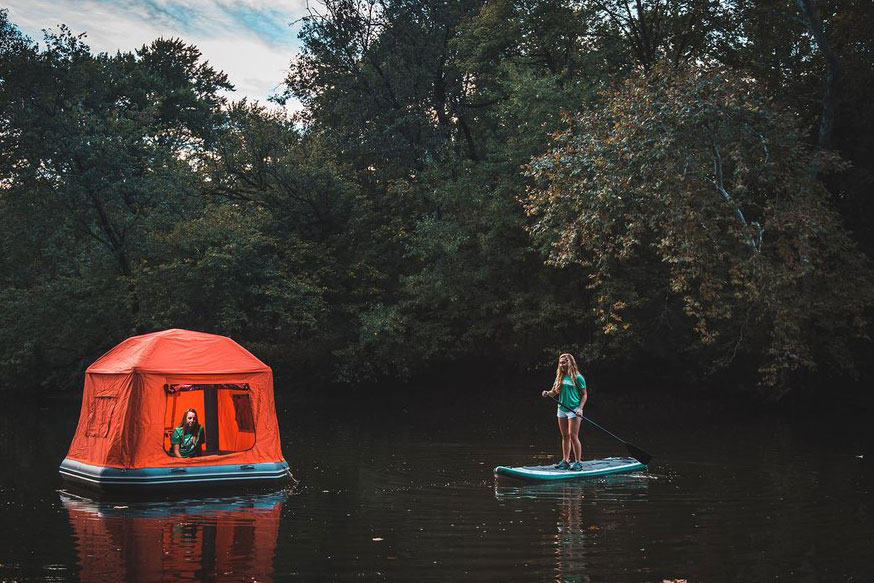 Two 10-PSI drop-stitched air tubes create a soft floor that, when combined with the rocking of the lake, make for an air mattress waterbed (bubble bed?).

There’s no word on how many the Shoal sleeps, but with eight-foot-by-eight outer dimensions, there’s definitely room for at least four people. The brand says the whole thing is waterproof—which we’d hope goes without saying—and weighs an impressive 75 pounds packed down. 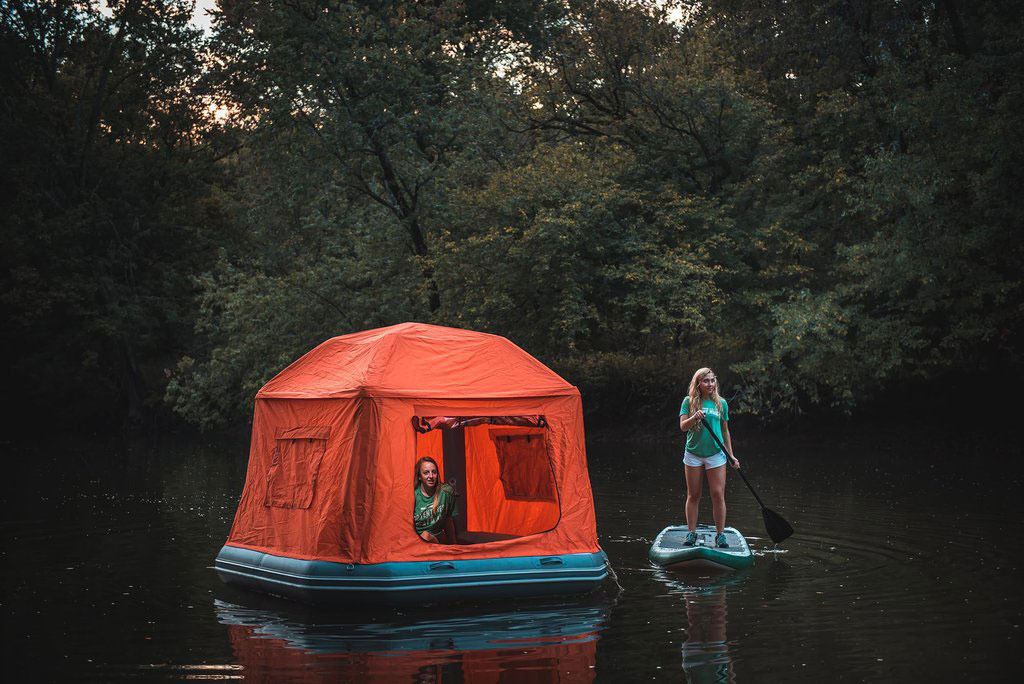 So long as you’re not terrified of lying out in the middle of a deep, dark body of water, the Shoal Tent seems like a delightful way to rock your way to sleep. SmithFly is currently taking orders with plans to start shipping by December.

A night camping literally on the lake isn’t cheap though. The Shoal retails for $1,499, no anchor included.