Chris Sharma is one of the best rock climbers in the world. But how will he fare on the bark of a giant redwood?

Watch the video here and be amazed at the difficulty of climbing one of the towering giants, which stymied Sharma many times during the attempt.

We had the chance to interview Sharma, who has established routes as hard as 5.15 around the world, about the climb. 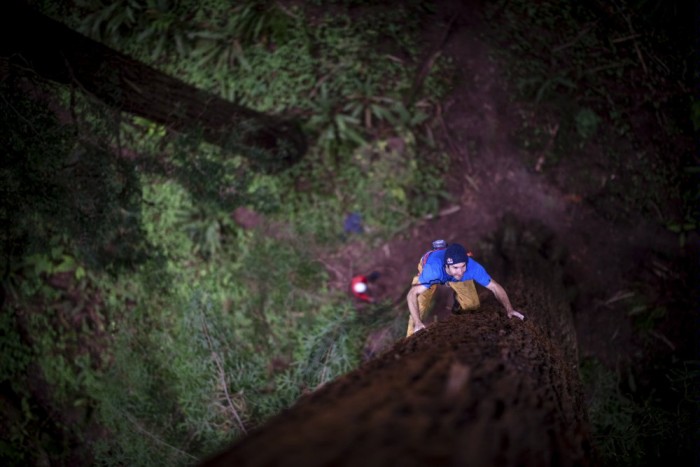 But here’s the story.

In a quest to return to his climbing roots and to advance the understanding of California’s giant coast redwoods, Sharma joined tree biologists from UC Berkeley for the attempt to scale the 252.8-foot-tall, 25.8-foot-diameter tree. They used the climb as an opportunity to collect data from the tree in a Eureka, Calif., park.

The location and condition of the redwood made it environmentally friendly to scale.

“The lower trunk bark was fire-hardened and the trunk did not support sensitive epiphytes such as lichens or mosses that would have been damaged from climbing it,“ noted Ambrose. 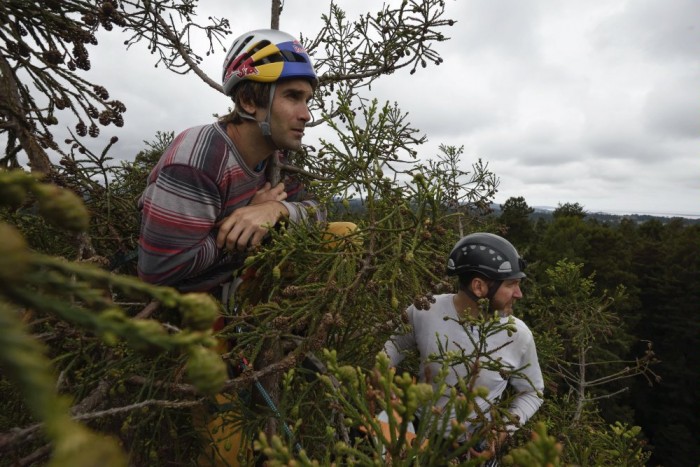 “We were pleased to see that the redwood tree appeared to be doing well and was not water-stressed at this time,” said Anthony Ambrose, one of the UC Berkeley Tree Biologists who helped plan and execute the climb.

Coast redwood are found in cool, humid climates, and gain much of their water needs from atmospheric fog, which may account for their relatively good health despite the extreme statewide drought. 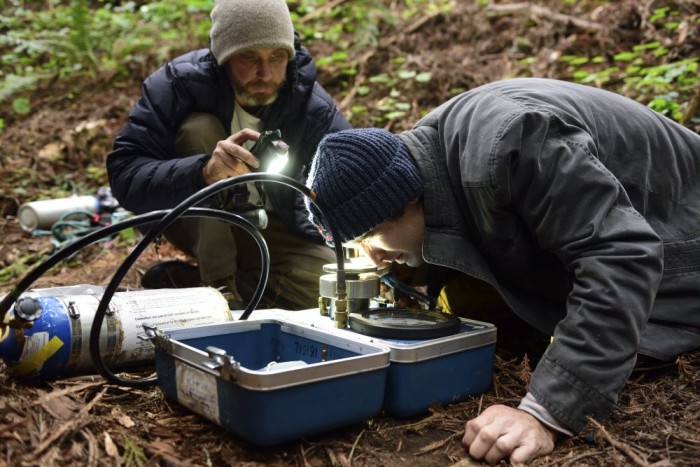 Because old-growth coast redwood forest canopies are very sensitive, people should not try to illegally climb redwood trees in State or National Parks. There are, however, responsible and legal opportunities to climb redwood trees or tour the redwood canopy through private companies and guided tours. The following outfitters are suggestions for others interested in learning about and responsibly climbing California Coast Redwoods: