This ingenious device allows rappelling the full length of a single rope and releasing it from the anchor. 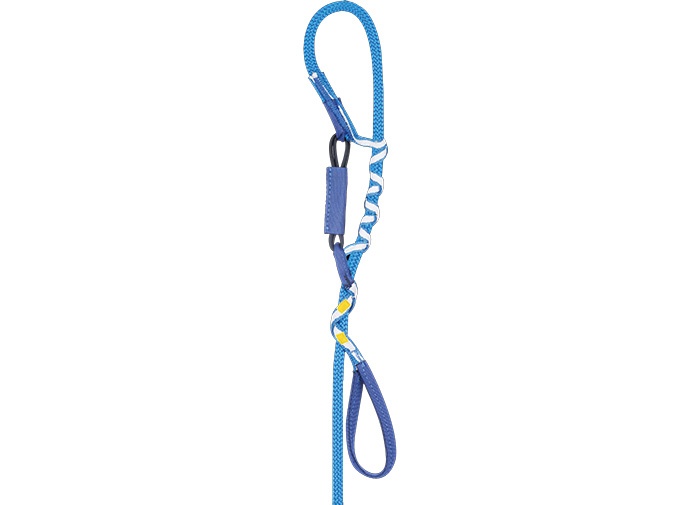 Roundly considered one of the most controversial climbing products released last year, Beal introduced its Escaper at 2017 summer outdoor trade shows. But it only recently became available in the United States (MSRP $50).

A “Chinese finger trap” for climbing ropes, the Escaper provides a rope-releasing mechanism that allows full-length, single-rope rappels. At its best, the Escaper eliminates the need for another line for full-length rappels and acts as a backup in case a rappel line becomes lost, damaged, or stuck.

We just received our testing sample to run preliminary tests at a climbing gym. Here is our First Look review.

The Beal Escaper is a 4-foot-long dry treated rope connected to a Dyneema wrap. Elastic holds this wrap in a shortened state. The Escaper rope threads through the rappel anchors and inserts into the Dyneema wrap. Then, the rappel line is tied off to a reinforced loop on the other end of the Escaper.

Repeatedly tugging and releasing the rappel line (eight times or more) allows the wrap to creep off its line, freeing the Escaper and rappel rope from the anchors.

Although I witnessed the Beal Escaper in action at Outdoor Retailer multiple times and tested it myself at a climbing gym, it is still unnerving to think of trusting the Dyneema wrap. Rappels already involve putting faith in a single point (the rappel anchors), and the releasable wrap adds to that concern.

But the very thing that concerns me – the release function – is precisely what makes the Beal Escaper valuable in the first place.

Loading the rappel line keeps the Beal Escaper secure. Increasing the load on the rappel line, by nature, improves the Dyneema wrap’s grip, similar to a prussik. 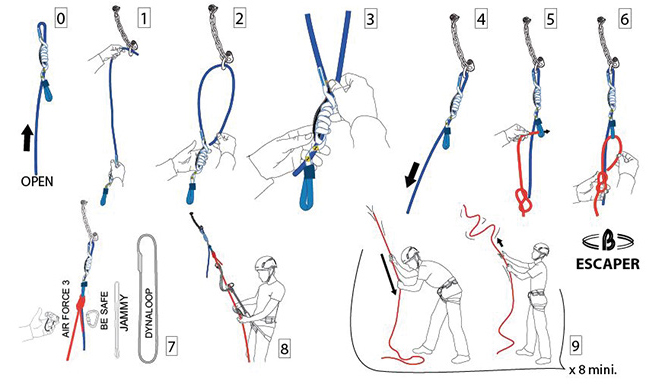 Although this is clear intellectually, it will be challenging for me to trust it in the field. Still, Beal suggests keeping at least 10 kg (about 22 pounds) of load on the rappel line while on rappel, which mandates extra care on ledges.

Why Use a Beal Escaper?

There are blocking methods that allow rappelling the length of a single rope. But they can be problematic (e.g., blocking knot or carabiner getting stuck in the anchors) and may require the need for a tag line. Only testing in the field will reveal if the Beal Escaper solves those problems.

Our Beal Escaper only weighs 3.5 ounces and takes up minimal space in the pack. As a backup, it is reasonable and potentially lifesaving. However use of the Escaper as your primary rappel kit, to save the weight and space of another rope, is another decision entirely. I will test the Beal Escaper on the towering walls of El Potrero Chico, Mexico, soon to see just how effective it can be.

Even typing that makes me nervous, but I will give it an honest try and report back.

Up Next: Conrad Anker Establishes New Route for Fallen Friend