Black Diamond may have crafted one of the most versatile pieces of trad climbing protection with its ingenious Z4 Camalot.

Black Diamond’s current line of cams has some drawbacks. The C3 offers surgical-like precision for narrow cracks, yet only has three lobes and a very rigid stem. The X4 offers a lot of flex but can be difficult to place because of its wobbly design.

With this innovation, the Z4 is one of the most versatile pieces of trad protection. The Z4 is less prone to walk because of its flexible stem, and when cam accuracy is of utmost importance, the Z4 offers enough rigidity to nail the placement.

GearJunkie met with Black Diamond’s climbing category director Kolin Powick to learn about one of the most exciting releases from the brand.

The engineers at Black Diamond created two patents for the Z4: the OmniFlex twisted dual-cable stem and the RigidFlex Stem. Athletes Hazel Findlay, Carlo Traversi, Sam Elias, and Babsi Zangerl sought to have a single-stem cam that was rigid in hand, but flexible once placed.

The most obvious visual change to the Z4 is its black, finger trap-like sheath around the stem. Beneath this tough plastic is RigidFlex. 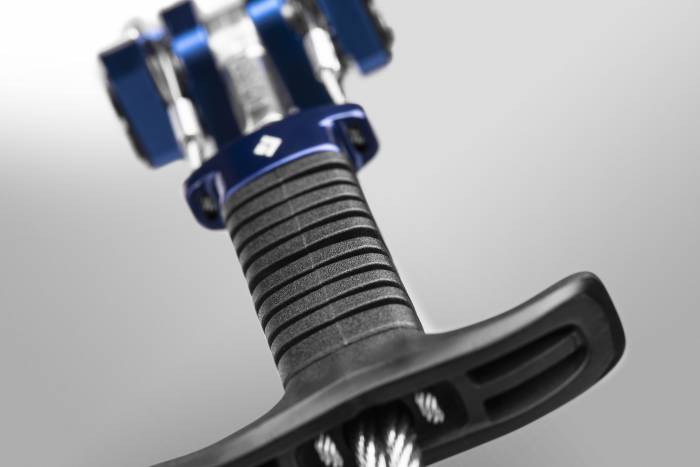 Black Diamond placed two wires that run along the majority of the stem. When you pull the trigger, the wires become taught and the cam rigid. Release the trigger, and the wires relax, enabling flexibility.

RigidFlex enables the stem to flex while you climb around the pro, so it’s less likely to walk into the crack.

Look at the stem of the larger-sized Z4s, and you’ll notice two wires twisted together. Dubbed Omniflex, the dual twisted cable construction allows for uniform flex. The brand did not place OmniFlex on the smaller units to limit buckling.

While we just played with the cams in the office, the tech appears to work surprisingly well. The Z4s offer the same distinct wobbling found in the X4 yet don’t flex when you pull the trigger.

Black Diamond managed to keep the head width down with the Z4. It has an equal head width to the C3, yet instead of three lobes in the C3, the Z4 offers four. 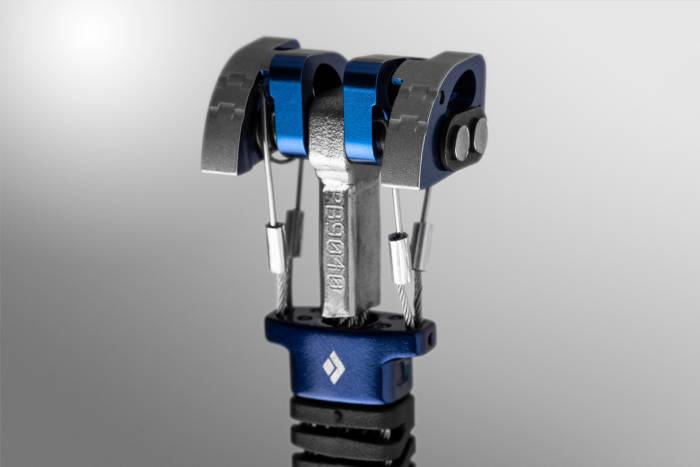 The Z4 is essentially two cams in one, freeing up space on the climber’s harness and increasing confidence during trad climbs.

Black Diamond is releasing the Z4 for spring 2020, and you bet we will test the cams the second we can.