Wrap your brain around this concept: A 10-day approach.

That’s 10 days of lugging heavy packs through forests, up mountain passes and over slippery logs. 10 days of slogging. 10 days of rain and wind and sore shoulders — and then the real climbing begins. Ouch, and…awesome!

Patagonia is vast and incredibly rugged. It’s a place where blank spaces are still found on maps. It’s where GearJunkie has named a pass because we were the first ones there! 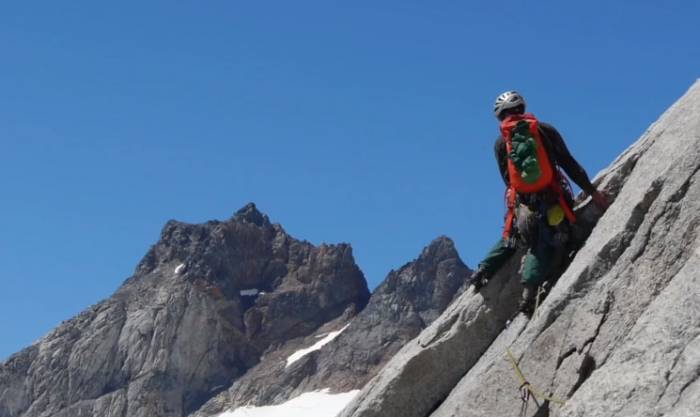 David Anderson traveled to one of these places and decided to fill it in with some adventure of his own. The expedition of Anderson and teammates to the Avellano Towers is detailed in the great video of the same name.

The region has been explored, but due to the remote nature, still has first-ascent potential and some spectacular scenery. His team didn’t conquer the most difficult of spires, but the video is a great inspiration for those of us who would love to get after some steep pitches in an epic setting.