Speed climb on plastic, win SUV. It would appear to be that simple. Ahh, but in the realm of adventure, all is not usually what it seems.

Such was the climbing challenge issued by Ford Motor Co. last week in southern Norway. The company dropped a 2021 Ford Explorer hybrid on top of the world’s highest artificial climbing tower, 154 feet (47 m) above the placid woods. Then, it invited all comers to vie for the grand prize by speed climbing a route set by comp climber Martin Mobråten. 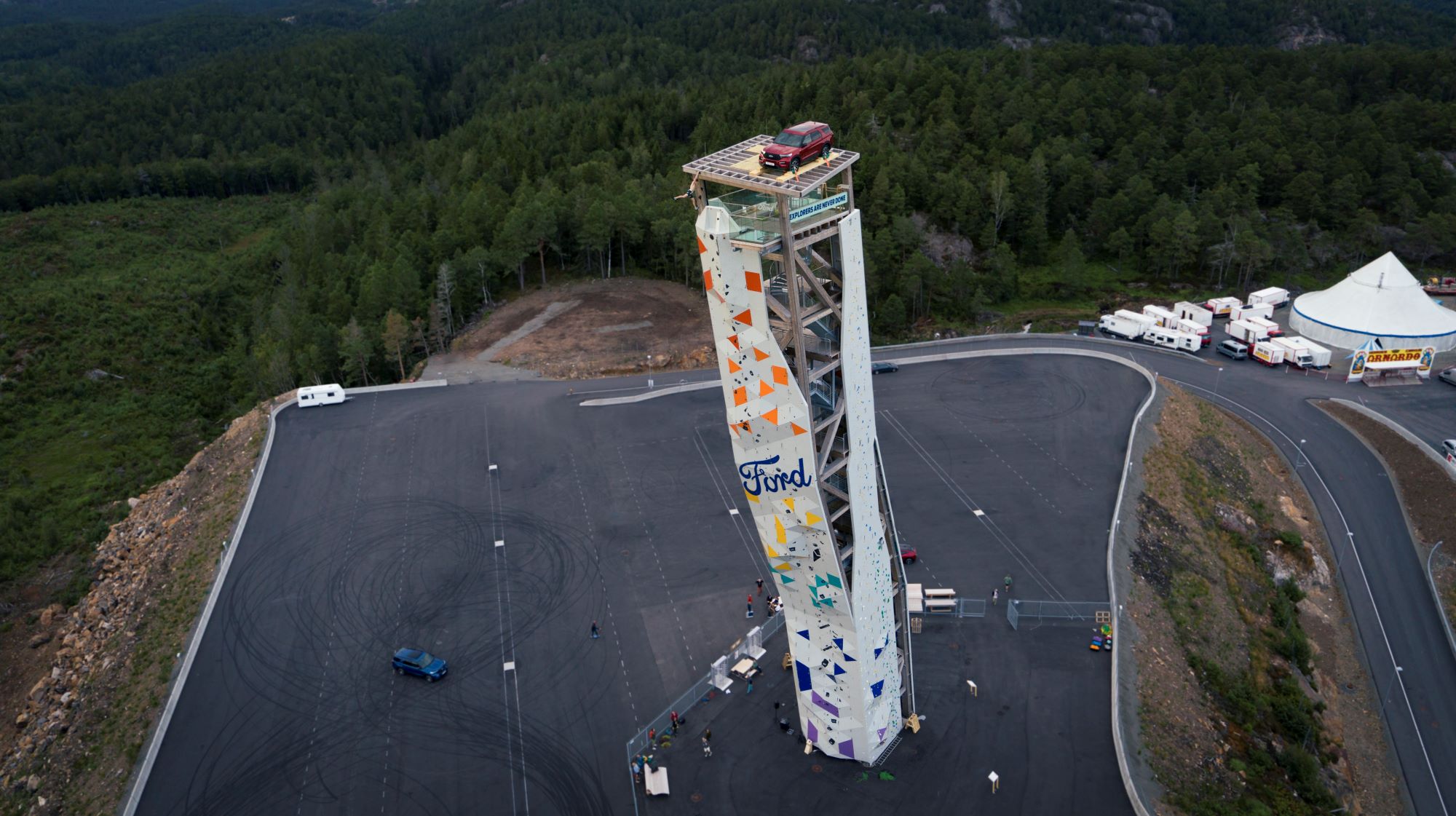 The grandy in question? A shiny red Explorer Plug-In hybrid — on a free 2-year lease. Take a deep breath, Norwegians: I smell the lilt of American marketing upon your arboreal air.

(Side note: You must watch the video. It pulsates with an energy that’s as devoid of irony as I’ve ever seen in a marketing stunt.)

“Our goal with Explore New Heights was to create an inspiring symbol of exploration and adventure as people across Europe start to head out and enjoy the summer after a challenging year,” said Dan Jones, senior manager for passenger vehicles at Ford of Europe.

What could be better? Well, ownership of the prize wouldn’t hurt. But this is the car business, after all! And as they say, “You gotta pay to drive something.” I guess I can think of worse payments than a 150-foot romp on plastic.

To claim the coveted 2-year indemnity, contestants would have to sport climb up the tower on lead. They would also have to do it fast, and well; though the setter did not grade the route, the climber who won the car regularly sends boulders graded 8B (V13) or harder. 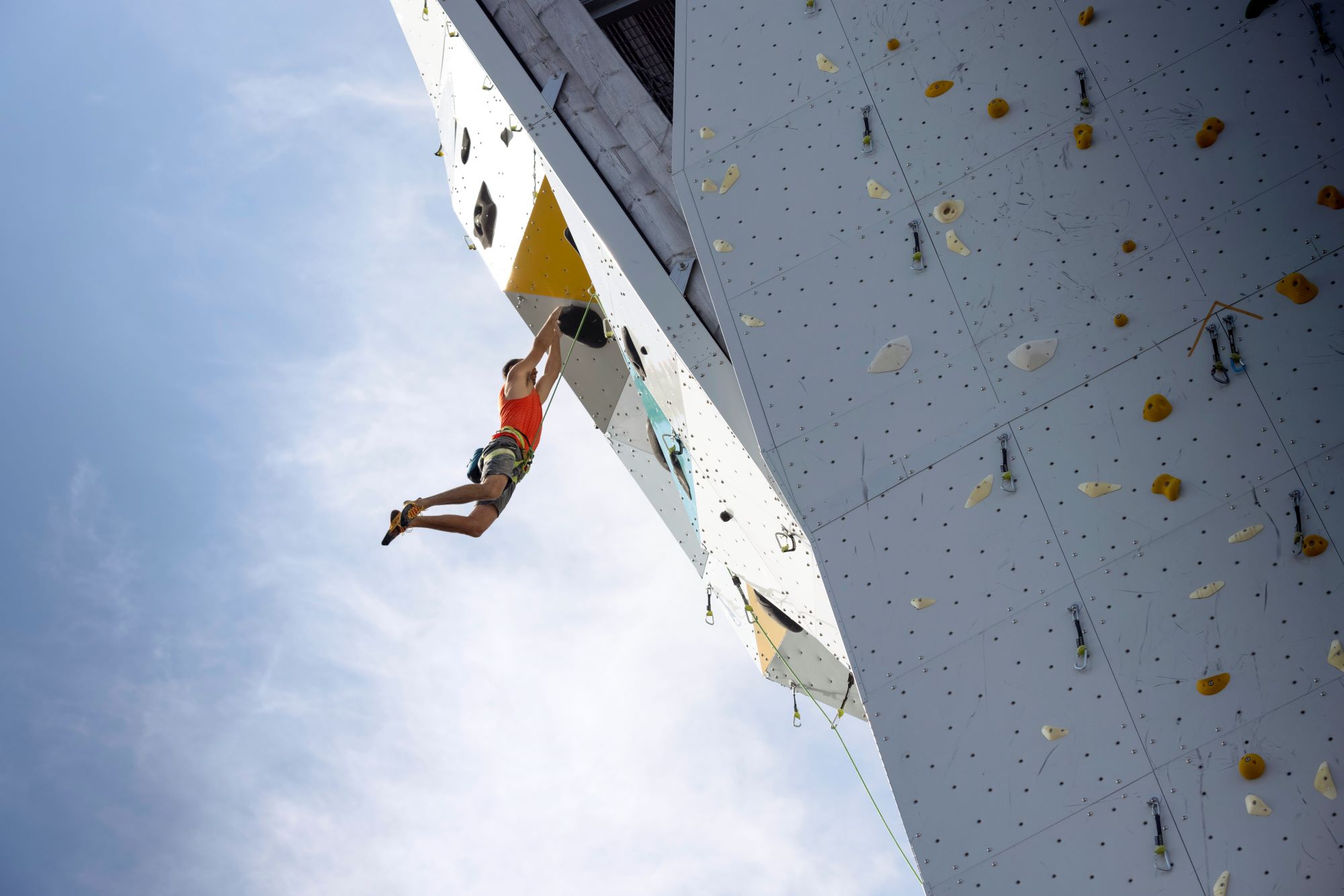 That climber is 21-year-old Leo Ketil Bøe, one of Norway’s finest. He blistered to the top of the tower in 3 minutes, 33 seconds, to claim the win. Presumably, he looked out across the stunning vista to contemplate his victory — from the platform atop the structure, one can see Denmark.

Unfortunately for Leo, he didn’t get to drive “his” new car right off the proverbial showroom floor. Instead, Ford will keep it up there until August 27, inviting anyone willing to make the pilgrimage and take a selfie.

If you want to check it out, but you don’t crush 8B, don’t worry. An interior staircase leads right to the top, bypassing Mobråten’s creation.

“Hey man, you know you can just walk around the other side … right?”

Up Next: Hang Out in ENO’s First Hammock Made With 100% Recycled Nylon

Saving…
Hang Out in ENO’s First Hammock Made With 100% Recycled Nylon
Nonprofit Adds Nearly 3,000 Miles of Bike Routes in 5 States
×