Rock climber Hans Florine will climb The Nose, a classic route up the face of El Capitan, for the 100th time beginning this morning. 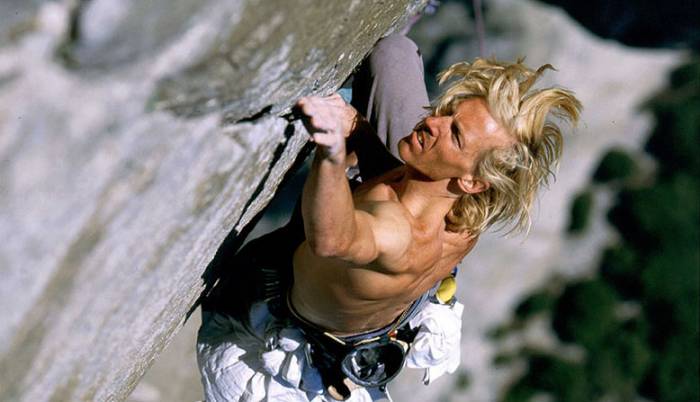 That’s a lot of trips up the 2,900-foot strip of vertical granite that he knows intimately.

Florine holds the record for the speed ascent of The Nose with Alex Honnold. The team climbed the 31-pitch route in 2 hours, 23 minutes, 46 seconds in 2012.

This ascent will be much slower; he is climbing with two partners with limited big wall experience.

“The two partners I am going with have never been higher than 400 feet up the cliff. It will be super fun seeing and experiencing their reactions,” Florine said.

The team — including polar explorer Fiona Thornewill and journalist Jayme Moye — will spend two nights on the wall, topping out on Saturday the 12th.

Florine said weather is “super classic” and that the team is ready to go this morning.

“We’ve seen a ton of teams up on The Nose. It’s super classic early fall season. Quite warm but bearable,” he said. “Super fun chatting with the other parties to hear their stories.”

Up Next: Your Arms Will Ache Just Watching This ‘Power Climber’