Audacious free-solo ascents of spectacularly difficult big walls have made him famous, and this weekend Alex Honnold is about to get even more attention.

Honnold and other top climbers will be the subject of programming on Discovery Channel in an event the network calls “Elevation Weekend.”

It commences tomorrow (Saturday, April 25, 8pm EST) with the premiere of the award-winning documentary “Valley Uprising.”

We connected with Honnold for a quick interview on the Discovery Channel launch and his goals for climbing this year.

What is your role with the Discovery Channel and “Elevation Weekend”?

I’m featured in the “Vally Uprising” film, so that’s the main thing. I shot a commercial and some promo spots for Discovery.

How do you feel about all this media attention?

I think it’s cool. “Uprising” makes climbing understandable to the mainstream. I think there’s a lot of misunderstanding among the public. But that’s probably true for every extreme sport. That’s what’s cool about it being on the big network. People get a glimpse of what climbing is really about. 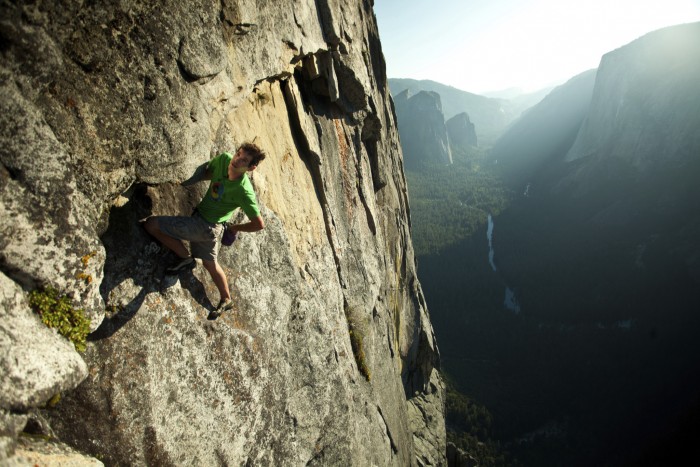 You’ve written that, at least early in your solo career, you would fear doing something stupid when people were watching. As a pro, do the cameras and attention ever get in your head while climbing?

I felt real awkward around lots of people [in the past]. Now I’m just more able to focus. The camera guys are all good friends of mine, so it’s like hanging out with my friends. It’s fun and doesn’t really bother me.

Let’s talk about some of your climbs. What does it take to climb big walls free-solo? Answer from a mental and physical stand point.

Physically, it’s the same things as climbing a wall with a rope on. You have to be able to do the climbing, which is easy to judge. Mentally, that’s the big hurdle. You have to believe that you can actually do it and have to want to do it. Having the motivation is what most people lack. For some reason this is what I have and am psyched for it. 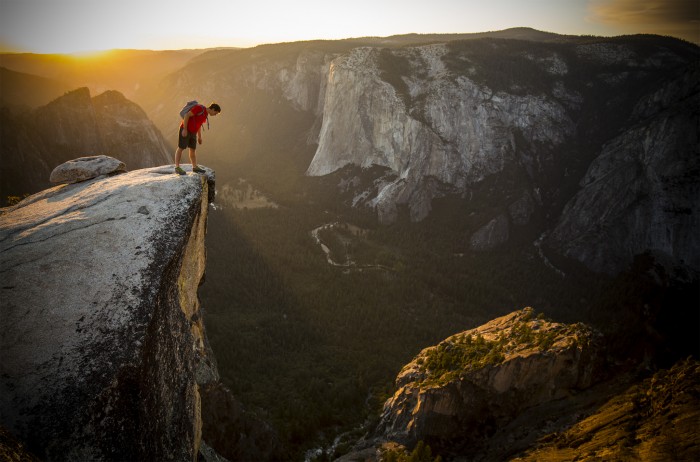 What is going through your mind on a big free-solo climb?

Generally on the big solos that I’ve done, there are only a few hundred feet of really hard climbing, and in those sections I’m really focused. But when I’m on easier climbing, I can kind of let my mind wander, to the view, lunch, the hike down.

Contrary to what people think, I don’t stay 100 percent focused all the time. On easy terrain, I’m relaxed. 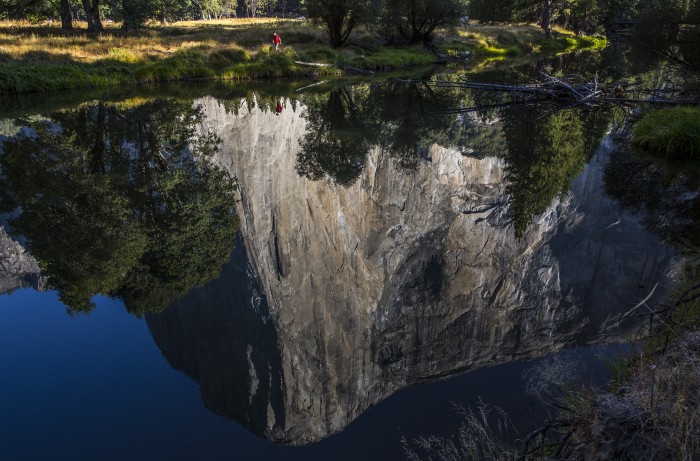 Is it really taxing mentally to maintain 100 percent focus.

Yes, I think that’s why I learned to be more relaxed on easy terrain. I save that focus for the time it counts.

A lot of people assume that you’ve never fallen, but that’s not true, is it?

When I’ve been roped up I’ve spent the whole day falling. Sport climbing, that’s kind of the point to push yourself. I fall a lot. I just try not to when soloing.

You’ve said that as you’ve gotten older you’ve begun limiting your soloing to routes that you really care about. What makes a route stand out and makes you care about it?

It’s kind of a combination of a bunch of factors. Some routes are iconic or have a classic line. It could be an area with a lot of history. Or personal, a route I’ve climbed in the past, or heard of as a kid.

You go very minimal on the gear front for these big climbs. Explain for our readers in full the gear you do use.

For most of things I’ve done I wear La Sportiva shoes. They’re the best climbing shoes in the world. I use the TC Pros a lot.

Really, any chalk bag and chalk will do. I usually just wear shorts and a t-shirt. It’s a pretty casual style of climbing, but very demanding in some ways.

What about food and water? What do you eat and drink on a multi-hour ascent?

What are your plans for climbing this spring and summer? What should we watch for?

Back to Yosemite, and see what I get inspired by.

Thanks Alex, we look forward to watching you and others on the small screen this weekend.

Up Next: World’s Tallest Climbing Wall