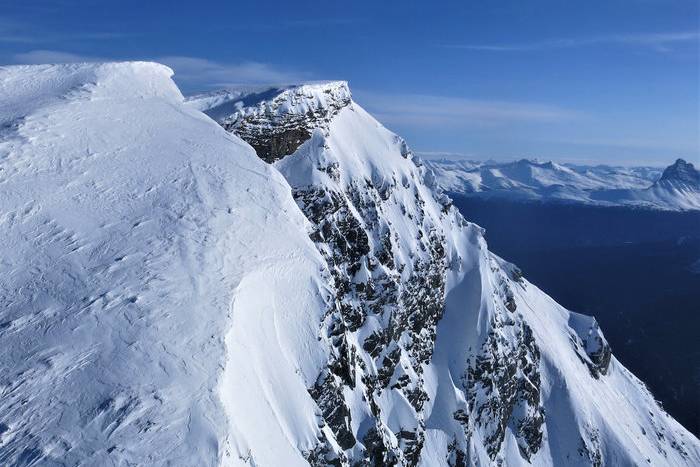 For the first time in history, human boot prints tracked atop the 10,135-foot crown of Jeannette Peak. Located in the Selwyn Range of eastern British Columbia, Jeannette stood as the province’s preeminent unclimbed peak.

And that’s why American Lonnie Dupre and Canadians Pascale Marceau and Vern Stice chose it. After researching and speaking with locals, the trio confirmed Jeannette Peak had yet to see a first ascent. And on April 2, after a foiled first attempt, they successfully reached the summit.

“To place steps and to pioneer routes up an unexplored mountain was truly an honor and an adventure,” said Dupre.

It’s all but impossible to know how many first ascents remain in North America. But Dupre and Marceau did their best in hunting up this peak.

“After an extensive search of the Canadian Mountain Encyclopedia Bivouac.com, Canadian Alpine Journals, American Alpine Journals, and after speaking to local area guides, the expedition team found that there were no records of an ascent on this mountain.”

And with Jeannette’s prominence, standing nearly 5,000 feet above the surrounding range, it’s unlikely a first-ascent would not have been catalogued

Jeannette is the most prominent of British Columbia’s unclimbed peaks. But the group chose it because it held special significance for Dupre. 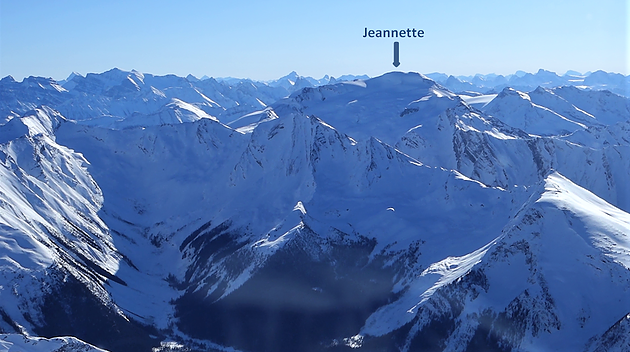 He wrote on his blog, “A bit of research revealed that the mountain was unofficially named after the ill-fated USS Jeannette, an arctic exploration ship that became trapped in the ice from 1879 to 1881.” According to Dupre, he read that book in the leadup to an earlier expedition to the North Pole.

But achieving the summit wasn’t easy. As the group noted, Jeannette presented formidable obstacles, like “its narrow avalanche-prone valleys and a perimeter of smaller knife-edge mountains at its base.” 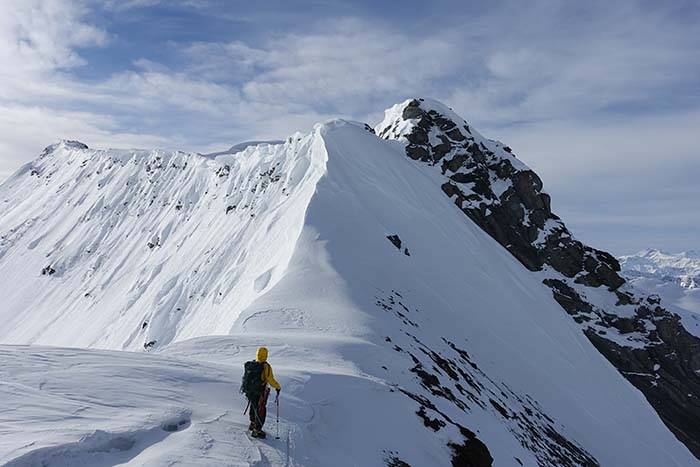 Plus, the trio had to helicopter to their starting point. Ski-in and snowmobile approaches were impossible given “inherent overhead hazards in getting to the base of the climb.”

On March 12, Dupre and Marceau flew up to to choose the best of three potential routes they researched and make their attempt. But after 10 minutes of surveying the mountain from above, they found no passable route. Opportunity presented itself only as they prepared to give up.

“Just when we were about to return home without even landing, we saw a potential approach and a safe landing zone at tree line,” the Dupre wrote. “Overhead hazards were present, but snow pack conditions were relatively stable, so we went for it.”

Despite “fantastic” conditions, just 400 vertical feet from the summit, Dupre and Marceau reached the crux – a steep, snowy slope leading up to a technical rock pitch. With howling winds and “rotten snow” posing a daunting avalanche risk, the pair turned back.

Fortunately, they found a promising route along the northwest shoulder and western ridge. With a storm rolling in and dwindling supplies, the duo opted to turn back and return when conditions were favorable. 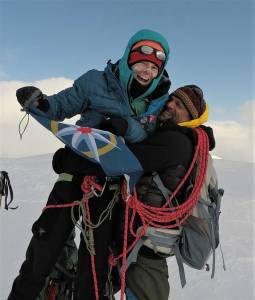 That opportunity presented itself three weeks later. By then, the pair became a trio with the addition of Vern Stice. On April 2, with temperatures fighting to push above -4 degrees Fahrenheit, they set off on the first attempt’s beta.

Despite persistent high winds and an impassable ice fall, the group found a workable route. Near the top, they noted two nearly identical summit plateaus.

“Unsure which was the actual summit, we went to both,” the group said.

The three spent just 15 minutes atop the peak, which they noted actually has no official name. As such, the group said they were investigating a First Nations name they might use instead to refer to the now-completed summit.