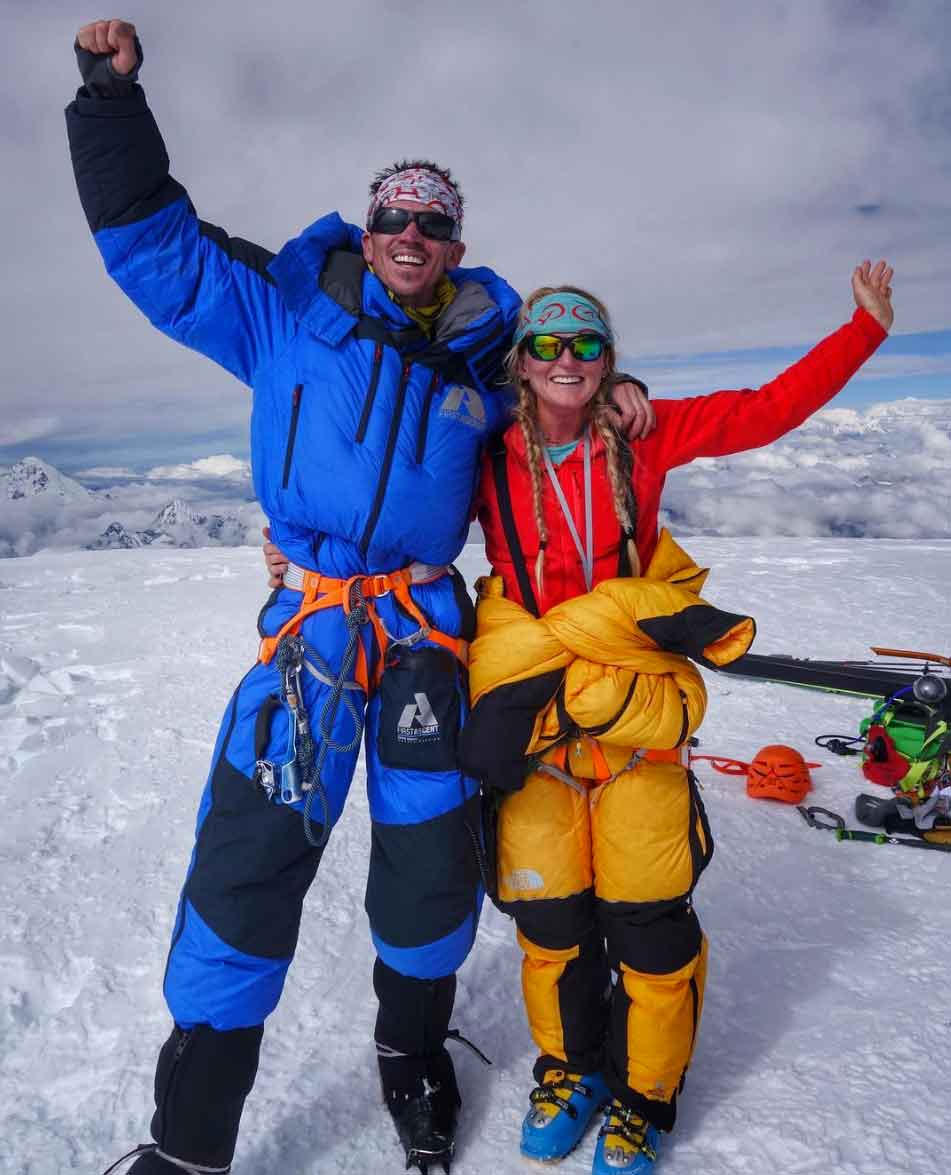 The pair reached the 8,188-meter (26,864-foot) summit of Cho Oyu, which sits on the Nepal-Tibet border, after spending less than a week on the mountain.

As reported by Alpenglow Expeditions, Adrian Ballinger and Emily Harrington, with Pasang Rinji Sherpa, made the summit on Cho Oyu in “sunny and warm conditions.”

Ballinger called it “the most perfect day I’ve ever seen on an 8,000-meter peak,” with zero wind and “warm, gloveless” temps that allowed the team to spend 45 minutes on top.

They skied the descent, cutting turns for thousands of vertical feet back to the low camp on the mountain where the snow ended at rock. 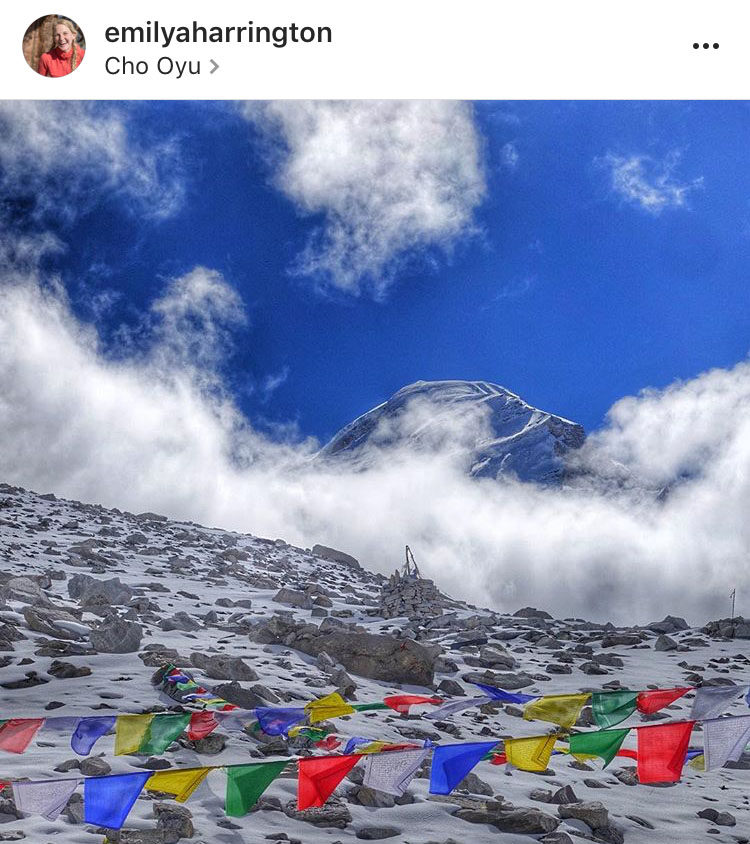 USA to USA, in Two Weeks

Climbing an 8,000-meter peak in the Himalayas usually requires several weeks on the mountain, with trips up and down to acclimatize to the high altitude.

An entire expedition, including travel to and from the mountain, can take upwards of eight weeks.

“We want to go from start to finish, USA to USA, in less than two weeks total,” Ballinger said. “To our knowledge, that’s never been done with an 8,000-meter peak in less than a month.”

“My focus has long been on shortening the timeline for a big climb,” said Ballinger, 40, a professional climber, guide, and the founder and CEO of Alpenglow Expeditions.

“We took Everest from two-and-a-half months to one month using altitude tents for pre-acclimatization and [new kinds of] weather forecasting.”

“So next we wanted to take it to its logical conclusion, which was an 8,000-meter peak in a single push,” he continued.

Alpenglow guides had already established camp on the Tibetan side of the mountain, and the route had been fixed with ropes ahead of time.

Ballinger and Harrington, 30, also a professional climber, used altitude tents at their home to simulate the lengthy process of acclimatization that usually takes place on the mountain.

Their physiology changed. This allowed them to make their summit push almost immediately upon arrival.

Meanwhile, an intricate weather-monitoring system helped them determine the best weather window about a week in advance.

“Within 24 hours [of seeing a window], we are out the door, headed for the mountain,” Ballinger said.

The couple bought plane tickets September 20 for the following day, after the forecast showed a potential summit window September 29 through October 1.

“We’ve had our gear and equipment on the bedroom floor for weeks,” said Harrington before leaving. “Now it’s time to pack it up and hit the road.”

Ballinger gained wide exposure outside the climbing world this spring when he and Boulder-based climber Cory Richards attempted to climb Everest with no supplemental oxygen; they documented the climb in near-realtime on the social media platform Snapchat.

While only Richards reached the summit of Everest, Ballinger kept the theme of the EverestNoFilter Snapchat handle via a new hashtag, #chonofilter, which he and Harrington used to document their ascent of Cho Oyu.

Congrats to this team. We’re excited to see new ways of pushing the sport and how regimented acclimating at home could change the future of expeditions for the highest peaks on the planet.

Up Next: Antique Gear List: Climbers In 1942 Were Tougher Than Nails