The ‘Walls Are Meant For Climbing’ campaign from The North Face aims to make climbing accessible for everyone. 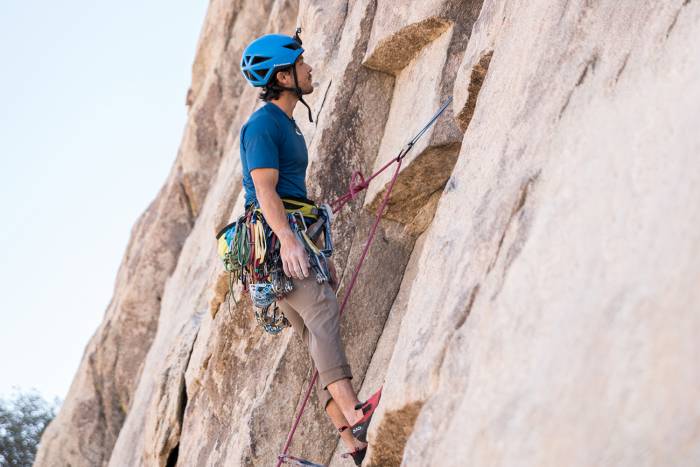 Stare at a wall, what do you see? The North Face sees climbing, inclusivity, and community.

Launched August 15, the Walls Are Meant For Climbing campaign from The North Face pushes climbing accessibility and inclusion.

For the campaign, The North Face offers free climbing at more than 40 gyms, donations to Paradox Sports, and a $1 million donation to The Trust For Public Land.

The North Face will interpret walls both figuratively and literally for the campaign. “Walls aren’t meant to divide us, they unite us. Walls are meant for climbing,” The North Face issued in a press statement.

The Trust For Public Land preserves and expands public lands, and aims to provide kids with local places to play outside. Its mission is to “create parks and protect land for people.”

President of the Trust, Will Rogers, finds its mission and The North Face’s campaign similar.

The donation from The North Face focuses on underserved areas and supports public climbing walls in more communities.

Another facet of the Walls Are Meant For Climbing campaign is, as The North Face calls it, “a global day of climbing.”

On August 19, The North Face will partner with more than 40 gyms (the complete list is available here), to offer free admission.

If you think this campaign is something you can get behind all you have to do is go climbing, for free.

Of course, you can always go above and beyond. Visit the Trust for Public Land and Paradox Sports‘ websites for more info on how to get involved.

Up Next: Private 14er: Mountain Property Sold For $105 Million