Clip bolts with ease in the rigid Trango Beta Stick Evo Compact. Read our review of the stick clip and find out how it compares to other remote clipping options. 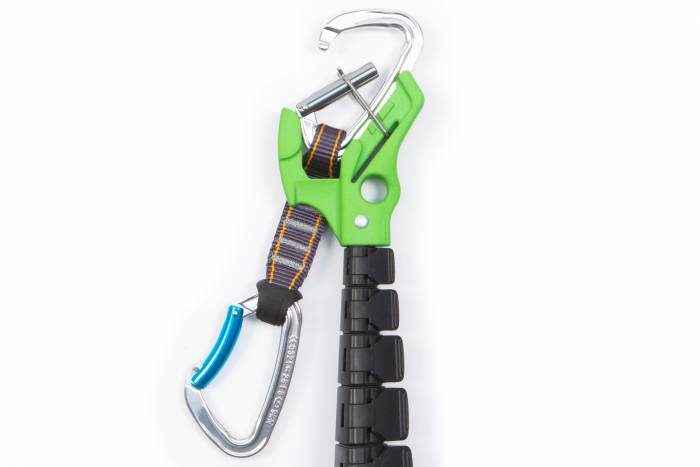 Remote clipping devices are undoubtedly one of the most niche products in the rock climbing market. They perform a seemingly minor function, but being able to clip the first bolts remotely can save the climber from a disastrous ground fall.

Stick clips allow you to clip quickdraws and the rope to the first or second bolt. And if you hop on a route that’s too difficult, these devices let you retrieve your gear. While most routes don’t need remote clipping, they’re comforting in certain instances.

In short: The difference in stiffness compared to the last version is remarkable. The Beta Stick Evo Compact retains the easy remote clipping of the original Beta Stick and boasts improvements that address prior weaknesses. The new one spins less and is more rigid and durable. Plus, it fits better on modern carabiners and allows for the removal of quickdraws. 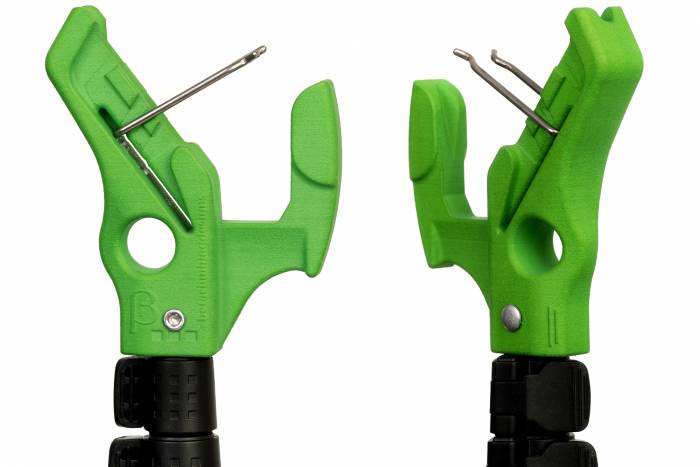 The prior model was not nearly as rigid, and twisting was an occasional issue. The new pole design has eradicated both problems. And the new external locking mechanism is much quicker and easier to engage than the twist-to-lock style of old, which was also prone to eventual failure. These are huge improvements over the last version of the Beta Stick.

The new head is more stout than the original and more durable. The groove that accommodates the carabiner spine is much more pronounced, fitting the thinner profile popular on modern designs and holding them with greater security. This enhanced holding power allows removal of hanging quickdraws.

“Lasso” clipping of the rope to a hanging quickdraw was possible before, and that functionality remains.

The wire “gate trap” that holds the carabiner gate has two operating positions, the lower one fitting smaller modern carabiners better. There is now a rope hook molded into the lower aspect of the Beta Stick Evo head, making rope retrieval from above the clipped quickdraw much easier. Finally, a clipping hole allows hanging in the optimal orientation on the harness for bolt-to-bolt pre-clipping.

How It Compares: Beta Stick Evo

The Trango Beta Stick Evo is a definite improvement over the prior version, but there are other options that cost less and perform certain tasks better.

I’ve used the Squid (MSRP $30), interestingly also offered by Trango, and it performs all the same functions as the Beta Stick Evo. But the Evo is better for all tasks other than quickdraw removal, which I believe the Squid does better than any other remote clipping device. 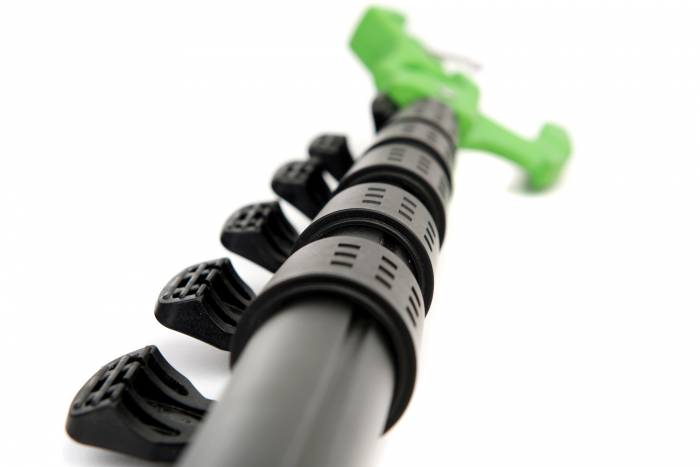 Clipping the quickdraw is a faster, more straightforward, more reliable process with the Beta Stick Evo.

The Superclip is also a favorite device for its simplicity and durability. With the Beta Stick Evo, clipping the quickdraw and lasso, respectively, are equally fast and easy. 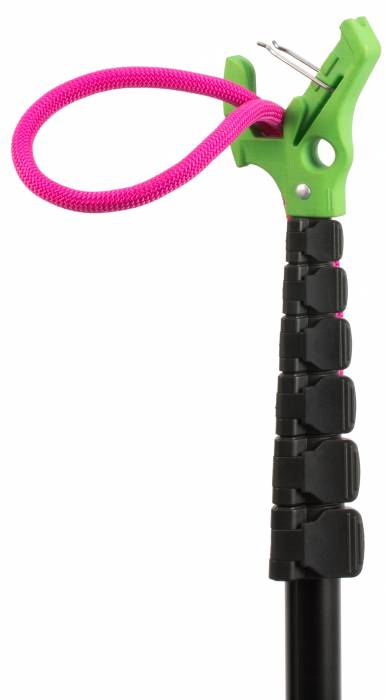 But removing a draw with the Superclip requires that the rope is still clipped through it.

The Beta Stick Evo is the only device of the three — Squid, Evo, and Superclip — that has its own pole. The others require the purchase and use of a painter’s pole or similar, which are not as compact when collapsed.

The Trango Beta Stick Evo Compact makes easy work of pre-clipping the first or second bolt of most sport routes, dramatically reducing the risk of a ground fall. It performs all necessary pre-clipping functions without shenanigans, and it also removes hanging quickdraws with a reasonable amount of effort.

The durability and functionality improvements over the prior version are significant. And, other than quickdraw removal, the Beta Stick Evo is hard to beat as a remote clipping device.

Up Next: Watch: How Honnold Trained Before El Cap Speed Record