At this point, few people in the climbing world doubt the young Scot’s abilities. But to author his country’s hardest route, he had to overcome ‘impossibility.’

Hard Scottish rock climbing doesn’t get much more classic than the routes at Dumbarton Rock in the lowlands. Generations of Scottish hard people have hurled themselves at classics like Dave Cuthbertson’s “Requiem” (E8) and Dave Macleod’s “Rhapsody” (E11).

This week, the country’s most productive young climber added his name to the list — in a big way.

Will Bosi says “Free at Last” is every bit as hard as 9a+, making it the hardest route in Scotland. His early July first ascent came after the 23-year-old spent a year of concentrated effort on the line. 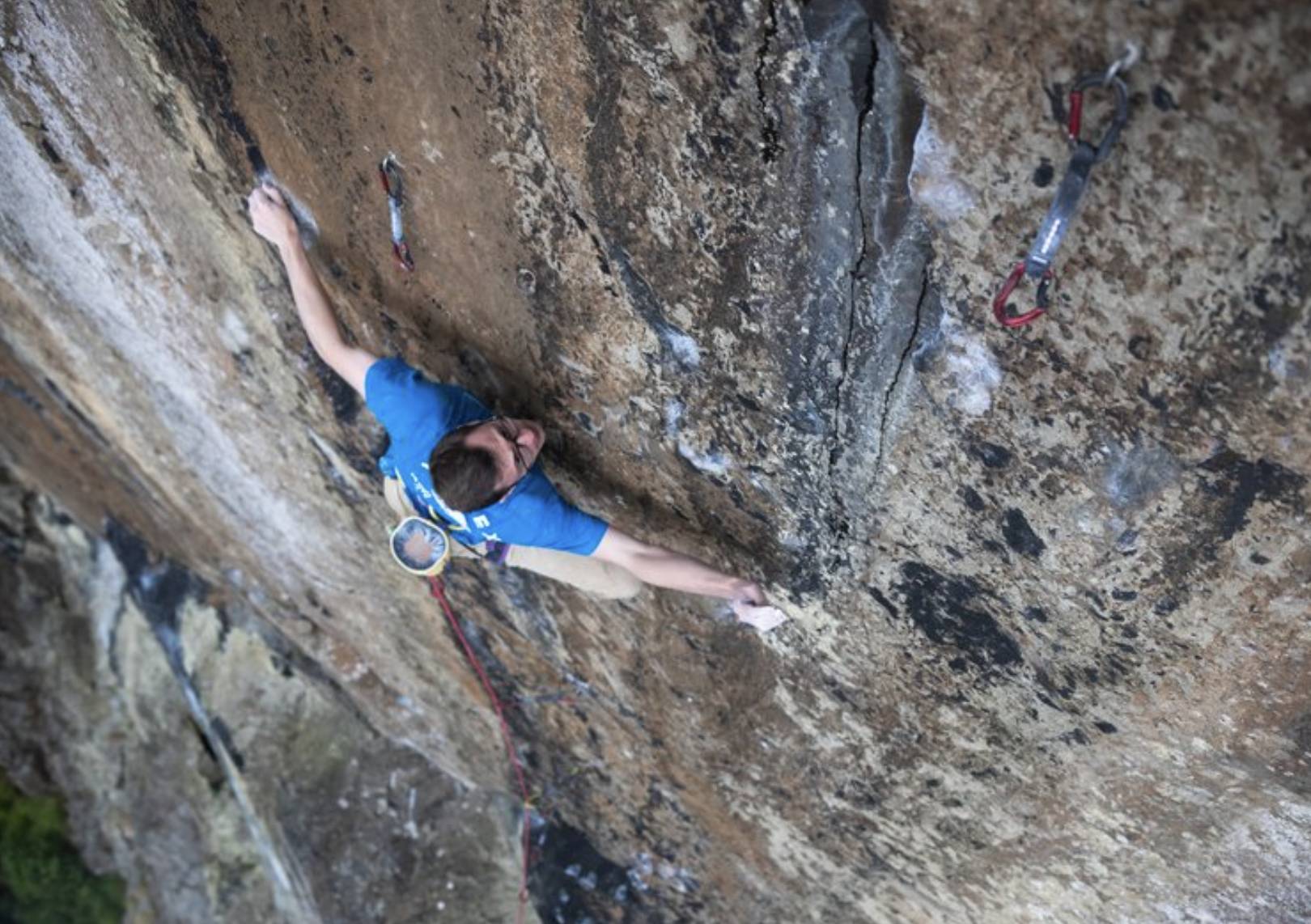 Bosi often used the dreaded “i” word to describe the prohibitive line.

“From how [route developer Alan Cassidy] spoke of it and my first tries, I was pretty sure it would be either impossible or the hardest route in the country,” he said.

First prospected “a long time ago,” according to Bosi’s sponsor Band of Birds, early climbers named the route “Dumbarton Oaks” (aka “La Dumby-Dumby Project”). It never received consistent attention for much of its history until it started repelling the country’s best rock climbers following Macleod and Cassidy’s re-bolting effort in 2014.

Neither Macleod nor Cassidy could solve it, but they did unlock some key sequences. The sparse sport route takes steep rock alongside “Requiem.” It demands “about 15 meters of sustained, technical climbing,” Band of Birds assessed.

Following his first burn on the project about 5 years ago, Bosi considered one particular move impossible. And for years, that remained the case. According to him, he made “basically no progress” before seven sessions this year produced the send.

“After spending so much time here, adding my own FA is really special,” he said via Instagram. He added that he’s “incredibly happy” with the effort.

If anything, he’s probably starting to experience widespread media attention for nails-hard ascents as run-of-the-mill. One after another, V15 boulder problems and ninth-grade routes have fallen like flies to Bosi all year.

Band of Birds plans to feature the young Scotsman’s latest in an upcoming film. For now the “Free at Last” grade awaits confirmation — from whoever else can resolve the “impossible” move in its crux.

We talked to the 23-year-old Bosi, who recently showed up on Adam Ondra's doorstep and summarily crushed every climb he saw — V15 FA included. Read more…

Up Next: IFSC World Cup: 34th Career Win for Garnbret, 4 Medals for US in Switzerland