Adventure racing is growing up. A partnership formed this month results in the launch of the North American Expedition Racing Series, featuring multisport wilderness events up to 6 days long.

Three top race organizers finalized a partnership that will help standardize the ultra-endurance sport known as expedition racing. With courses stretching hundreds of miles and disciplines including trekking, navigation, paddling, climbing, mountain biking, and more, the sport has long been an apex pursuit for the endurance-obsessed.

Oregon’s Bend Racing, Rootstock Racing in Pennsylvania, and Hoodoo Adventures in British Columbia will present the first North American Expedition Racing Series event starting in May 2022. The inaugural season will consist of three races during a schedule that runs through July.

Each race will also be on the Adventure Racing World Series (ARWS) circuit, consolidating the world’s signature adventure race events. Expedition Oregon and Expedition Canada are full ARWC qualifier races — winners get free entry and invitations to the world championships. Endless Mountains, in Pennsylvania, is a demo race. In it, winners get series points plus invites to the world championships, but no free entry.

Expedition Oregon will run May 9-15, and Expedition Canada follows it on June 3-11. Endless Mountains concludes the North American circuit on June 18-25.

The North American Expedition Race Series aims to elevate adventure racers to world-class status. Jason Magness, a founder at Bend Racing, observed that although the sport rose to popularity in places like Europe and Australia years ago, teams in the United States, Canada, and Mexico have lagged. He added that North American athletes had to commit to demanding and expensive travel schedules to compete at the highest level.

“One of the desires to partner with other race organizers in North America was to give North American teams a better opportunity to grow in the sport and be competitive at the international level,” Magness said. “The travel can be a lot. If you always have to travel to Australia, New Zealand, [or] South Africa, you can only do so many of those a year.” 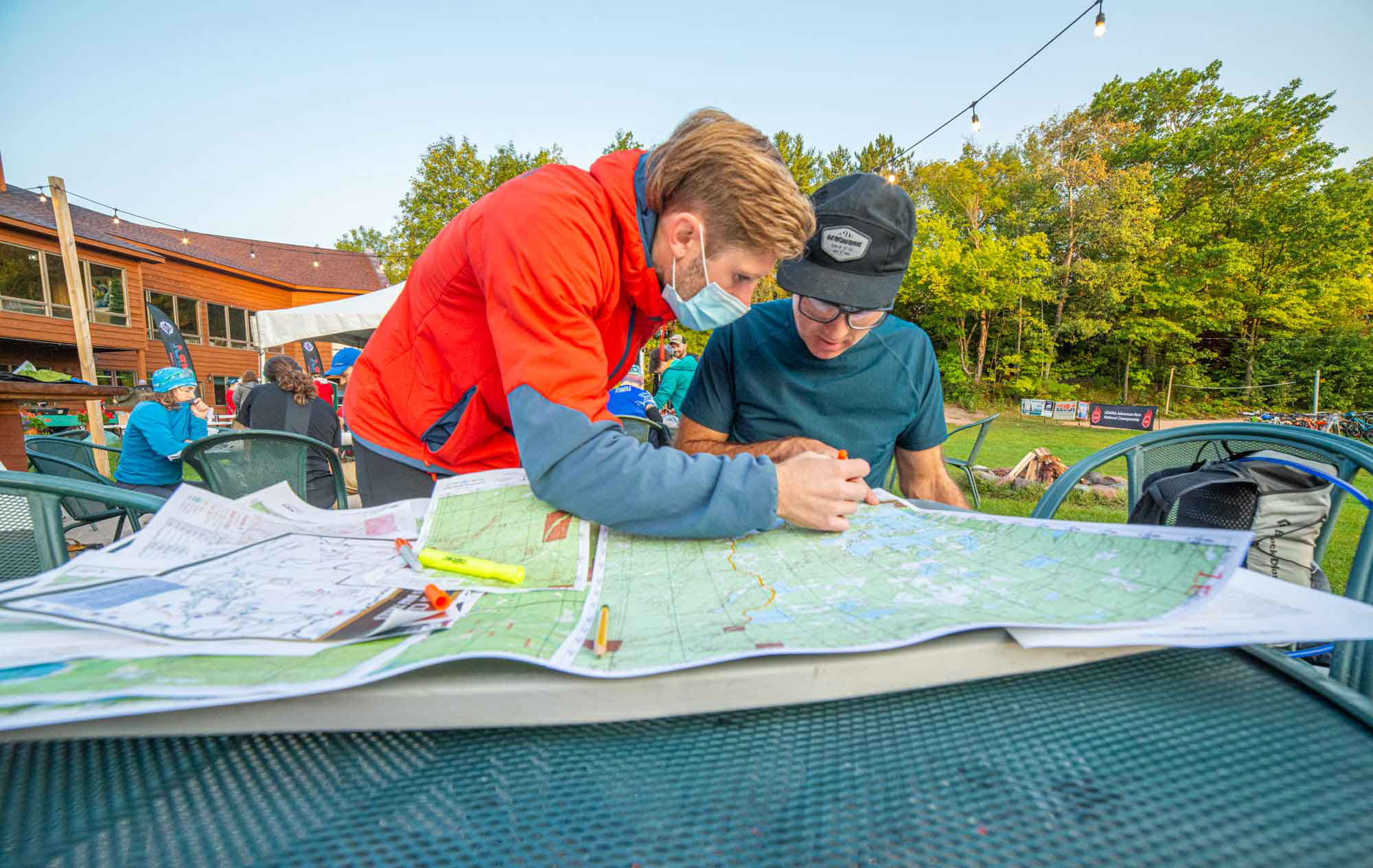 Bend Racing will host a stop on the ARWS tour for the fourth straight year in 2022. The new coalition is eyeing expansion races in eastern Canada, the American Southeast, and the Rocky Mountains, as well as Mexico in subsequent seasons.

In addition to growing the sport among North American athletes, the partnership also looks to attract as much top-level talent as possible worldwide. To do that, the group implemented North America’s first consolidated set of rules and regulations to make its events international-caliber.

“Because each of these events are part of the Adventure Racing World Series, we will be using ARWS’s standard gear lists and rules as a baseline for each event,” said Abby Perkiss of Rootstock Racing.

“These standards mean that racers can depend on consistent expectations in terms of investing in gear and planning their race strategy. Racers will know when they sign up for one of the North American Expedition Race Series events what they’re getting.”

Magness noted that about 90% of the Expedition Racing Series gear list would be standard for every race. The remaining 10% falls to specialty activities.

The partners also designed a medical system to help race organizers and teams determine who’s responsible for what safety aspects during a race. Magness said race staff medics would help athletes in critical situations but not give unnecessary care.

“A runner can’t come into a transition area and tell the medic, ‘Man, my feet are messed up, and I need some IV fluids — can you give help me so I can keep racing?’ Instead, the team gets one medic assist before they’re pulled from the race,” he said.

After that, the team handles its medical care internally if it wishes to continue. Magness said the rule helps reconcile a regulatory gray area that gets at the core of the sport itself — self-sufficiency.

“It’s not a triathlon; it’s an expedition,” Magness said, emphasizing the last word. “The goal is to know that the safety is there so you can survive and come back to the next race. Not that the safety guarantees you’ll finish.”

'We Were the Mandatory Gear': 4 Women Talk Their Roles in Adventure Racing

This 3-minute short follows four badass adventure racers as they complete a race. They happen to all be women. Read more…

What’s the difference between expedition racing and adventure racing? In a word, magnitude.

Expedition races typically take 4-6 days to complete; a common adventure race is 10 to 36 hours. Each format involves maps, navigation, checkpoints, transition areas, and team dynamics to get to the finish line.

During expedition-style races, racers also face sleep deprivation, as many teams push through the nights in constant motion for 48 hours or more.

Magness said expedition races are “the pinnacle of the sport.”

“The logistics and the endurance become much bigger factors. It’s basically like doing a 24-hour adventure race 5 or 6 days in a row,” Magness said. “You have to manage your teamwork at a much higher level, or else you fall apart.”

Keep track of the North American Expedition Racing Series’ inaugural season on the ARWS website. On it, fans can find information about each race, track athletes, when races start, and more.

“All of us in the North American Series are excited to have this thriving adventure racing energy and the opportunity to expand the upper end of the sport,” Magness said. “We’re excited about the partnership because it will help us celebrate the opportunities for the racers without competing against each other as organizers.”

Saving…
Practical New Suunto 5 Peak GPS Watch Is Lighter, Cheaper
‘#1 Boot Brand in Scandinavia’ Comes to the US: All You Need to Know About Polyver Sweden
×