Colin O’Brady recently claimed to be the first person to cross Antarctica solo, unaided, and unassisted. Some have since refuted this. But his attempt sends a more serious message about the state of polar exploration.

Namely, polar exploration doesn’t exist as it once did. The Poles are now bucket-list trips, albeit very expensive ones. And athletes are signing up to set speed records for crossing continents.

“None of these adventures (mine included) are real exploration anymore,” said longtime polar explorer Eric Larsen, who just returned to Colorado from his own squelched solo attempt to cross Antarctica.

“They are more Guinness stunts with arbitrary parameters imposed on them.”

The Poles as Publicity Stunt?

The shift is not entirely unpredictable. Polar pioneer Sir Ernest Henry Shackleton lived in a period known as the Heroic Age of Antarctic Exploration. And there’s a long line of others who pushed new boundaries over time.

Today, the bottom of the world is no longer uncharted territory. We have the cold-weather gear to survive way longer in the frozen tundra. And others’ failures have provided instructions on exactly how to navigate long-distance ice travel, move faster, and not run out of food.

Not surprisingly, in recent years expeditions to this once no-room-for-error location have taken on a tinge of the circus that Everest has become. Adventures seem increasingly predicated on notoriety over examination. Many happen in the name of record-setting rather than breaking new ground.

But why should we care?

Latest Claim Calls Everything Into Question

Well, honesty is one reason we should care. Last month, American Colin O’Brady and Brit Louis Rudd, who finished the same Antarctic route two days later, followed a graded road to complete the task at hand. They weren’t traveling together and didn’t claim to be racing. For various reasons, that’s just how it worked out.

And, in some ways, the general public was duped. Yes, both their undertakings were burly ordeals. But several reports pointed out that they simply fell short of previous adventures at the South Pole while claiming “firsts” that, upon further examination, fall flat.

Following O’Brady’s official Antarctica crossing claim to the media, Damien Gildea, who has been on 11 Antarctic expeditions, wrote an excellent in-depth piece on the increasingly arbitrary nature of ice and “racing” across what was once an unforgiving part of the planet.

Many arctic adventurers have come before O’Brady and Rudd. Most have followed previous routes or tried to recreate historic journeys to see what’s possible among modern man. But only recently has the truth been so intentionally distorted.

Gildea got to the crux of it: “Normally, in any field, if someone wants to claim a first, they do so on a track of similar length, and in the same style as their predecessors. You do not contrive a route that is both geographically shorter and artificially easier, thereby choosing just the rules that suit you.”

We reached out twice to O’Brady’s team for a response to people calling his feat a sham. We haven’t heard back. In the meantime, we asked Eric Larsen, who has guided O’Brady in the past, to weigh in.

His first hangup is fact-checking. If Tom and Tina Sjogren of Explorer’s Web created exploration rules as a common language to understand adventures, why are people blatantly disrespecting them?

“Even 10 years ago, these false claims were getting out of hand,” he said. “People have created their own definitions and arbitrary routes. There is very little fact-checking.” 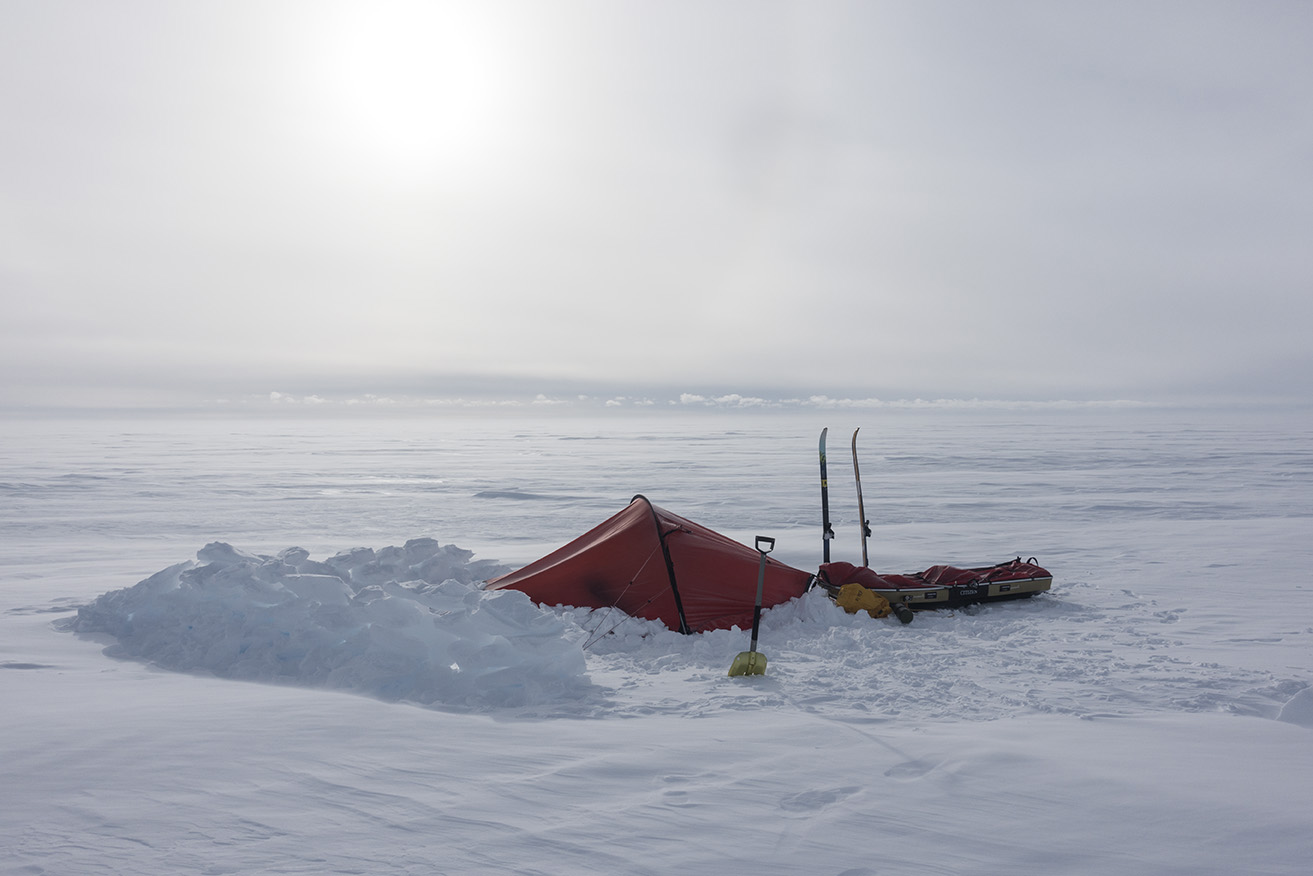 What Is an Unassisted Polar Adventure?

To be clear, adventure-style “racing” may not be the problem, even in a polar environment. But how people define what they’re doing out there is.

Completing traditional adventures in more difficult styles is the leading edge of adventure, Larsen said. “Like the Dawn Wall. It’s important for people to continue to push their personal limits in different ways. The issue is that there is no regulation in terms of how people define or describe their trips.”

O’Brady’s claim of crossing Antarctica “unsupported and unassisted” is a bigger issue because the descriptions seem to mean something different now.

“Traditionally, these terms were used to delineate levels of difficulty,” he said. “To get resupplies (i.e., assistance) makes for a much easier journey than to go without resupplies over a certain distance.”

As far as we know, O’Brady and Rudd received no resupplies. But were they “supported”? Larsen definitively said yes.

“Borge Ousland had a kite, which is support. Colin [O’Brady] and Lou [Rudd] skied on a road with markers at 100-meter intervals. That clearly is support,” he said.

“Skiing over ungroomed terrain and navigating on your own is a much more difficult adventure.”

A ‘Crossing of the Continent’

Larsen defines what O’Brady and Rudd did as a “crossing of the continent of Antarctica.” But with a huge asterisk. They didn’t come close to crossing the entire mass of the continent.

“The fact that Colin claims a crossing of Antarctica is arguably within current definitions today,” he said. “However, to claim an unsupported crossing is an outright lie.”

Larsen said adding to the confusion is that the language used to describe all of these accomplishments, past and present, is similar. 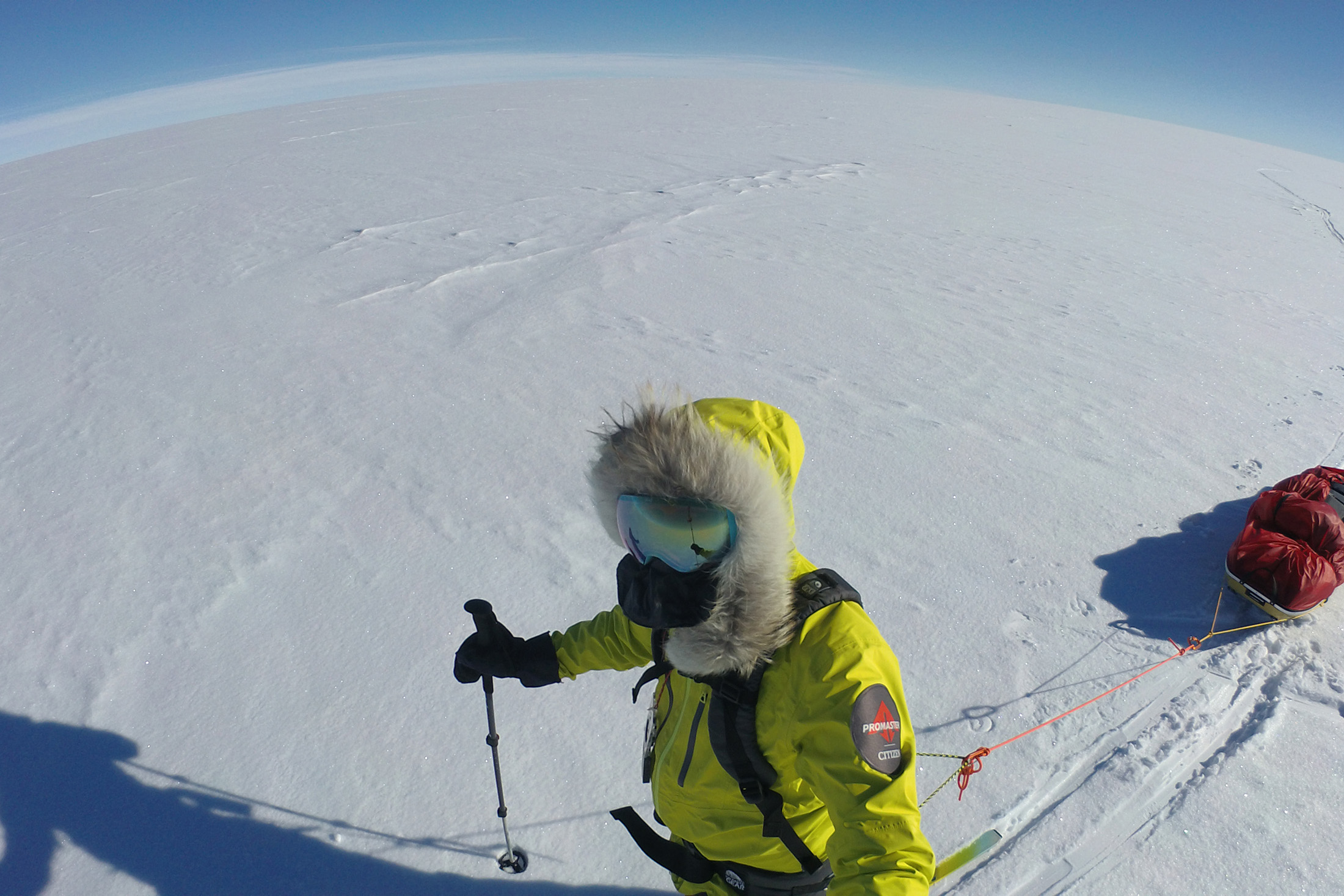 So to clear things up, let’s put it in other sporting terms.

Colin’s trip would be a 5.10 and Borge’s would be 5.15d, according to Larsen. “Yet we call them both unassisted crossings of Antarctica,” he said.

“In track, we have agreed that one race is a distance of 100 meters. However, what Colin and Lou have done is try to claim a 100-meter-dash record by running 65 meters.”

Saving…
Free Gear Fridays: Seirus HeatTouch Hellfire Glove & Mitt Giveaway
What’s in Your Puffy: ‘Track My Down’ Is a Feather Trove of Information
×