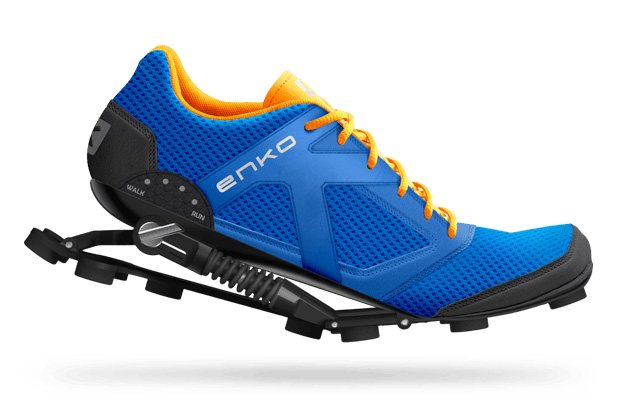 We haven’t seen Enko shoes in person, but we’re REALLY skeptical of these spring-loaded shoes.

Yet, the company’s renderings convinced enough people to fork over $390 each that it raised a hefty $77,000 in an Indiegogo campaign, which is now over. 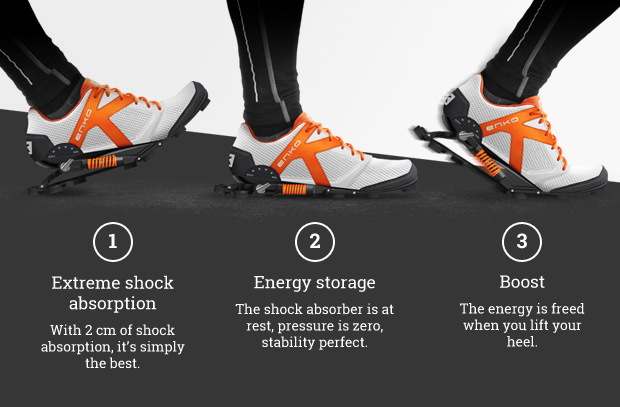 So, is it even possible that they’ll be any good? Much of the Internet seems to think so.

“… this promises to make for an extremely comfortable outing on your joints,” touts HiConsumption.

“But sometimes, the most efficient and effective improvement doesn’t have to be the most sophisticated or complicated. Like these pair of Enko running shoes,” chimes SlashGear. “The shoes do more than just protect. They also enhance.”

Gadget Review goes so far as to say “Enko Is The Next Generation Of Running Shoes” in its headline.

We’re going to stop this train right here. Has anyone, anywhere, tried on a pair of these over-engineered “running” shoes just yet?

Nobody cares that there’s a large, exposed (and interchangeable) spring, or that the design appears to work with an absolutely drastic heel strike?

We can’t find an in-person test anywhere. Yet, the company has raised a ton of money for the product. Furthermore, on Indiegogo, there are no returns. We hope the springs work.

Serious runners are laughing at this shoe. But the people have spoken, the ENKO is funded, and soon spring shoes might be a thing. For $390 a pair, we hope they work.