FKTs, or fastest known times, are coming into their own. Records are dropping left and right, with 2018 set to be one of the most exciting years for speed records on trail.

But let’s back up. In 1999, Peter Bawkin and Buzz Burrell laid down the FKT for the 221-mile John Muir Trail, from the highest point in the lower 48, California’s Mount Whitney, to Yosemite National Park. The duo wasn’t sure who had the fastest time before them, so they dubbed it a “fastest known time” a term coined by Bill Wright a few years earlier.

FKTs are in the limelight today thanks to easy GPS route tracking and attention from major brands and top athletes. 2018 is set to be a big year. Read on for what to expect.

The biggest FKT news this spring might be off the trail. Bakwin and Burrell are still front and center in the FKT movement. For more than a decade, they’ve hosted a website that tracks new FKTs. And at the end of March, the site got a major upgrade – its first ever.

The new website, FastestKnownTime.com, is impressive. It includes recorded FKTs and articles with the latest FKT news.

The submission was no joke, however. Jornet, who also has FKTs on Mount Everest and the Matterhorn, was more than happy to help out. “They have done great work with the update to the FKT site!” he told GearJunkie

GearJunkie partnered with Merrell to bring Find Your FKT to life. The promotion aims to raise awareness of the FKT movement and inspire folks to get out and enjoy trails. It will also award nine trail associations a total of $10,000 for trail maintenance and projects.

Love hiking? You can win a weekend hiking getaway and support your favorite trail at the same time! Check out our 'Find Your FKT' contest where you can vote for your favorite hiking trail. Your vote enters you into the contest and earns your trail a cash donation from Merrell and GearJunkie. Read more…

And last month, Red Bull provided funding for ultrarunners Ryan Sandes and Ryno Griesel as they broke an existing record along one of the many variations of Nepal’s Grand Himalayan Trail.

In March, Dylan Bowman set a fresh FKT on the Lost Coast Trail. He ran along northern California beaches and oceanside rocks, racing the tide. Red Bull was there, too, and GearJunkie reported on the feat in our article “Racing the Tide.”

The funding helps athletes tick off their personal projects. According to Mike Ambrose, a marketing manager at Salomon, “Whether it’s a race or a dream they have on a route without a traditional finish line, I love the passion that continues to come from athletes in the sport.”

With support from their sponsors, top trail runners around the world can log FKTs on par with the established trail races they target. Recent examples include d’Haene’s Muir Trail FKT and Bradley’s record-setting Grand Canyon run last year.

Though Bradley had won the Western States Endurance Run just months earlier, her FKT was just as important, both for her and her sponsors.

“Salomon supported me with gear (obviously), but more importantly, they valued my FKT project as they would a race,” Bradley said. “Salomon understood how important the project was to me, and the gravity of the effort, and therefore gave me unconditional support even though it meant forgoing a season of racing.”

In addition to the go-to classic FKT routes, athletes are dreaming up interesting new challenges. In recent years, Jornet and the late Dean Potter led the way, mixing climbing routes on rock and snow with trail running. Examples include Jornet’s FKT on France’s Mont Blanc and Potter’s solo climb up Yosemite’s Half Dome, followed by a trail run down. 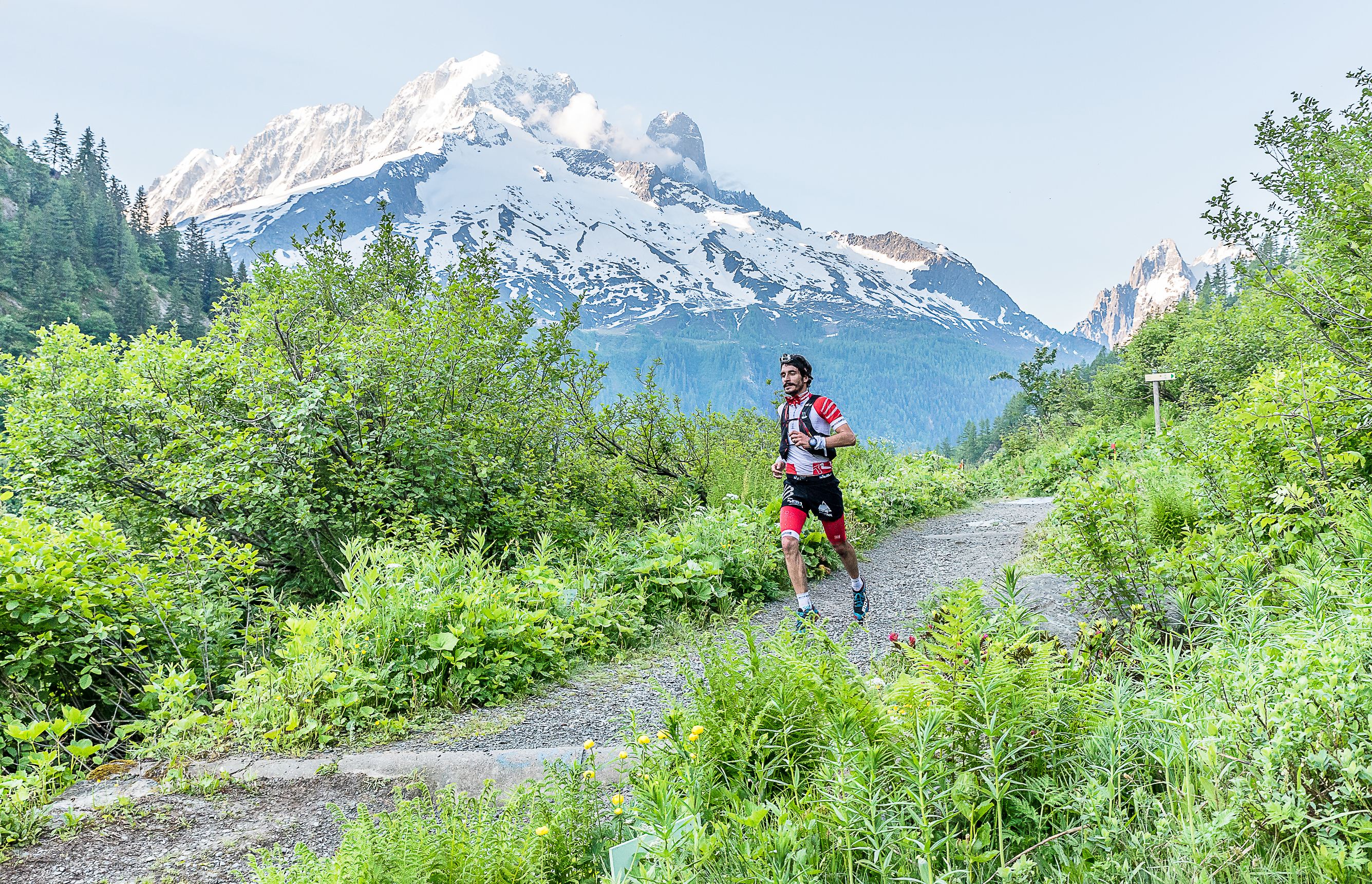 One of the most creative routes was dreamed up by FKT originator Burrell – a 50-km traverse of the Continental Divide that mixes trail running and technical climbing as it passes over 18 named peaks.

Burrell ticked off what he named the “LA Freeway” in two days in 2002. On August 5, 2017, Matthias Messner became the second person to finish it, bringing the time down to 17 hours 59 minutes in the process.

Not all FKTs are so wild. Longtime FKT aficionado Rickey Gates, who completed a 3,600-mile “Transamericana” run across the country last year, is focusing on a project closer to home that he’s calling “Every Single Street.” This fall, he’ll be running every single street in San Francisco.

As FKTs become more competitive, athletes are keeping their plans under wraps. Declaring their intentions, however, is a key step in assuring a legitimate attempt.

On their FKT website, Bakwin and Burrell spell out all the steps needed to avoid controversy. They say declaring intent is a big one. For what they call “National Class” FKT routes, they ask that runners “please announce your intention in advance, and provide the link to real-time tracking.”

On lesser-known routes, the secrecy sometimes continues until the run is over. Not everyone views that as a good thing, though.

Of the secrecy, Ghelfi said, “It feels disingenuous. It’s cowardly. You never have to fail in front of the rest of the ultra world. And the person whose record you are chasing doesn’t get the respect they deserve.”

He’s happy to announce his intentions, saying, “Assuming I don’t get super injured this year, you’ll be seeing some posts from me this summer about my Wonderland attempt. Gotta give Gary Robbins the respect he is due!”

Though FKTs have been recorded from Easter Island to Tasmania, they are heavily U.S. skewed, with over 500 recorded FKTs in the 50 states. The country with the second-highest number of FKTs is Canada, with 59.

But those numbers might soon shift as trail runners from around the world get into the act.

One example is Switzerland’s Diego Pazos. Pazos, one of the country’s leading trail runners and organizer of Switzerland’s popular Montreux Trail Festival, has had top finishes at iconic ultras. He won the 80-km Mont Blanc Ultra and the Eiger Ultra, and came in third at Transgrancanaria in the Canary Islands.

This summer, he will train for an ambitious FKT – 261 miles across Switzerland by way of the international Via Alpina trail. His route runs east-west diagonals through the Alps from Switzerland’s little neighbor, Liechtenstein, to Pazos’ hometown of Lausanne on Lake Geneva. It includes over 85,000 feet of climbing and 17 major summits.

On a route that normally takes 22 days, Pazos is aiming for a time of under 120 hours. “What can be nicer than crossing your own country through the mountains?” asked Pazos. The FKT attempt should be a lively experience. “I invite everybody to join me,” he stated, “to see from the inside how difficult an adventure it is.”

Pazos has seen the growth of FKTs in Europe first-hand. “Athletes are searching for new personal challenges which allow them to go deeper inside themselves,” he says. “People here are more focused on competitions, but slowly FKTs are coming. It’s just a matter of time.”

Kilian: Not Done With FKTs

The FKT movement owes a lot to Jornet, who adopted use of the term during his “Summits of My Life” FKTs around the world, which concluded last year with Mount Everest.

On March 17, 2018, Jornet suffered a broken leg at France’s Pierra Menta skimo race. That’s not likely to hold him back, however. After all, he won Colorado’s notoriously difficult Hardrock 100 last July after dislocating his shoulder.

“At the moment, I’m focusing on recovery,” said Jornet. “I don’t know how long it will take. Depending on how it goes, I’ll take some projects I had last year, [like England’s] Bob Graham Round. Many ideas, but nothing concrete because of the injury.”

It would make sense that “The Bob” is on Kilian’s agenda. Who better to break an FKT that has stood a remarkable 35 years?

2018, it seems, is going to a banner year to watch for FKTs. GearJunkie wishes Kilian speedy healing. And good luck to athletes of all nationalities and ability levels as they tackle their own FKT projects!

–Doug Mayer is a writer and trail runner based in Chamonix, France. He operates Run the Alps.

–This article is sponsored by Merrell. Enter the Find Your FKT contest here and see all details on the MQM FLEX shoe line at Merrell.

Up Next: The Mystery of the Missing Hiker Emoji

We tested the best running hydration packs and vests of 2022, including top picks from Salomon, Nathan Sports, Arc'teryx, and more.