The 33-year-old mayor of an iconic northern Minnesota town runs, bikes, backpacks, hikes, and brings his love of the outdoors with him to city hall. 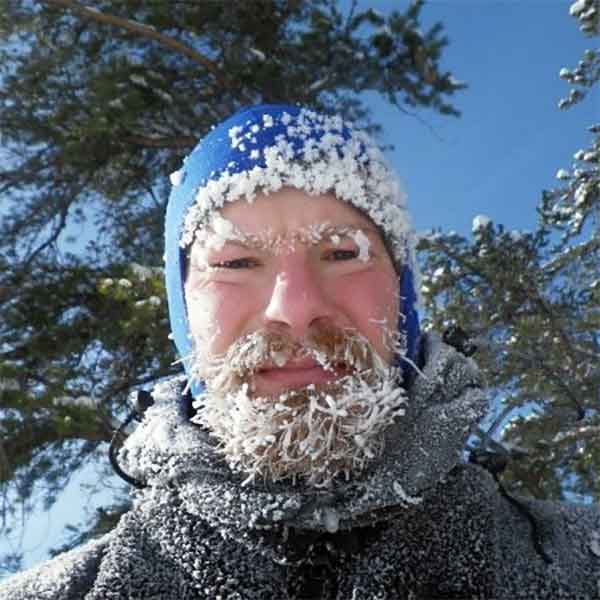 Jay Arrowsmith-DeCoux lives near the tip of Minnesota’s Arrowhead, where thick forests and old mountains drop to an inland sea. There, on the edge of Lake Superior, the town of Grand Marais (population 1,351) serves as a hub to a remote region.

The Boundary Waters Canoe Area is nearby. Rivers drop precipitously from the hills, massive waterfalls that freeze to cathedrals of ice each fall before a lock-down winter sets in. It’s the kind of environment that can forge a person, change lives, and make a young man with a diverse background run for mayor.

DeCoux notes he’s been called a Renaissance Man by many people. “My experience is eclectic,” he wrote, hinting at a resume filled with a decade working roles ranging from IT technician to youth minister, from teaching charcuterie at the North House Folk School to completing NOLS coursework.

Today, he’s raising a son and running a B&B with his wife in the town. Then there is the ultrarunning.

At the 2015 Superior 50K trail race in Minnesota’s north woods, more than a few spectators and volunteers did a double-take. DeCoux, then 32, finished in 5:17:32. This year, he again toed the line.

“The SHT was always in such good shape that it was an obvious option for trail running,” he said. “Great terrain, amazing challenge, pretty close to civilization, but far enough out that it won’t kill you.”

He has run almost every section of the Superior Hiking Trail over the course of a few years. This fall, DeCoux is looking at doing a fast through-hike of the entire trail.

After moving to Grand Marais seven years ago, DeCoux said he was encouraged to run for mayor by several locals.

It helped that hardly anyone else seemed to be throwing their name in the hat, he said. “And I felt that I had pretty good energy and ideas for the position.”

DeCoux has brought his ultrarunning chops – both in terms of his love of the outdoors and his penchant for planning – to the job. The tenacity it takes to pound out mile after mile in a race translates to mental endurance that stretches into all corners of life.

“We are looking at getting to the root of some of the persistent problems that are happening in town. We’ve done a lot of planning with the [Department of Natural Resources] for improving the public boat launch [and] started the process of creating a regional park that will have 20+ miles of multi-use trails on the bluff above town.”

“Oh yeah, and we were elected the ‘Coolest Small Town’ in the country last year and almost won the ‘beach’ category in Outside Magazine’s Best Towns competition this year,” he added. (He didn’t mention the slate-blue Superior waters hover in the 30s and 40s, temp-wise, most of the year).

Local Connection To The Race

In addition to the personal challenge, DeCoux said he first ran the Superior 50K – a challenging and technical course that starts and ends in the nearby resort town of Lutsen – out of “partnership and appreciation.”

“Grand Marais relies on all of these races and activities, and now we need to reconnect and show our appreciation,” he said. “Not to mention I want people to see that it is a vibrant area up here, and that there are a lot of people who do cool stuff like this.”

DeCoux was signed up for last September’s Superior 50 Mile – a point-to-point race covering much of the same terrain – but a knee injury forced him to drop partway through. “Someday I will try that one again.”

DeCoux noted the Superior trail races are an excellent representation of the region and how the people there take advantage of what nature offers.

“The area is intense,” he said. “There is more geographic variety on the North Shore than in most of the rest of the state. The race is intense and showcases this geography and the communities that have grown up in that influence.”

“We can’t separate one from the other and we don’t want to. Grand Marais is an incredible place to be from, as is Lutsen, or any other spot on the Shore,” he continues.

“There are challenges that come hand-in-hand with living up here, but just like the race, those things make for good stories and great experiences in the end.”

Up Next: Film Documents 240-Mile Ultramarathon Across Haiti