Mike Rossi had his 15 minutes of fame. Now, he probably wishes it had stopped at that.

On April 20th, Rossi, age 47, of Rydal, Penn., ran the Boston Marathon in just over four hours. His family, including twin nine-year-olds, was in attendance.

They returned home to a note from the kids’ principal that their trip to Boston would count as an unexcused absence from school. 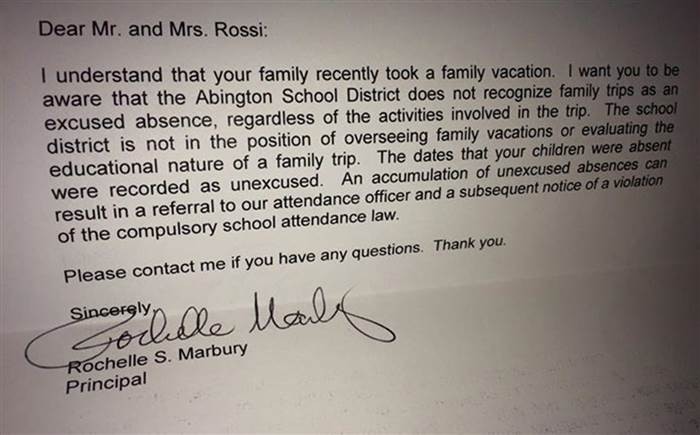 He wrote a defiant response, posted the exchange on Facebook, and it went viral. Rossi’s response, which has since been removed, also went viral:

“While I appreciate your concern for our children’s education, I can promise you they learned as much in the five days we were in Boston as they would in an entire year in school,” Rossi wrote in his response, which he never actually sent. “Our children had a once-in-a-lifetime experience, one that can’t be duplicated in a classroom or read in a book.”

There was only one problem: According to some of the people who heard Rossi’s story, he may not have qualified for the Boston Marathon in the first place.

A time of 3 hours and 11 minutes at the 2014 Lehigh Valley Health Network Via Marathon qualified him for the first corral of Wave 2 in Boston. It was an impressive time given his 3:43 time at the 2014 Philadelphia Marathon and an Athlinks-listed 1:40:44 personal-best in the half marathon.

Males aged 45-49 are required to run a 3:25 marathon or faster to qualify for the Boston Marathon. Lehigh may have been the race of Rossi’s life. But message boards on Letsrun.com and RunnersWorld.com, as well as this blogger’s page, have filled up with questions about the Lehigh time.

The online sleuths pointed out that the only pictures of Rossi (bib 2161) from Lehigh show him crossing the finish line, whereas other runners’ photographs show them at several points along the course.

Based on the lack of splits in the official race results, people say it appears Lehigh has no timing chip check-ins beside the finish line.

It’s hard to imagine he would have come under such scrutiny had he not called so much attention to himself and his Boston experience in the first place. Regardless of his actual running times, Rossi’s social media circus is another example of the internet as a very unforgiving place.