Run a mile, drink four beers along the way. Now the burgeoning “sport” of the beer mile has its first pro athlete.

Canadian Lewis Kent, who earlier this month reduced his own beer mile world record time by nearly 4 seconds (to 4:51.90), has signed with Brooks Running to become the first-ever sponsored beer miler. 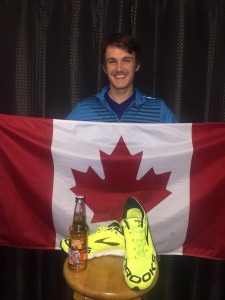 Yes, this sport is taken seriously by some athletes, and winning times are now measured to the hundredth of a second.

For the record, only six men have ever run the grueling event in under 5 minutes, consuming four beers and running four quarter-mile laps on a track.

Fellow Canadian James Nielsen is purported to have first broken the 5-minute barrier, clocking a 4:57. Canada has been referred to as “the Kenya of beer miling” in reference to the East African country’s dominance in long-distance running events not involving beer.

Who’s keeping track of all this? Official rules for the beer mile, as well as all-time lists, can be found at beermile.com. We published our own guide to the event in August. 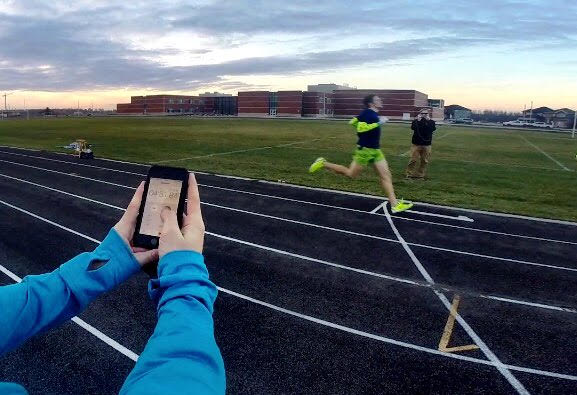 Brooks is a top running shoe brand. It also sponsors world-class beer miler Nick Symmonds, though the company sponsors him primarily as a middle-distance track athlete.

Symmonds’ beer mile exploits, including competing in last year’s inaugural beer mile world championship in Austin, Texas, are a side venture and a fun diversion that now some runners are taking quite seriously on the track.

Saving…
Talk Trash Like An Ultrarunner
Ultrarunning: ‘A Dark Place To Control The Pain’
×