A few years ago, minimalist shoes and toe-equipped FiveFingers were the rage. Now, the trend has gone ‘maximalist’ in the running world. 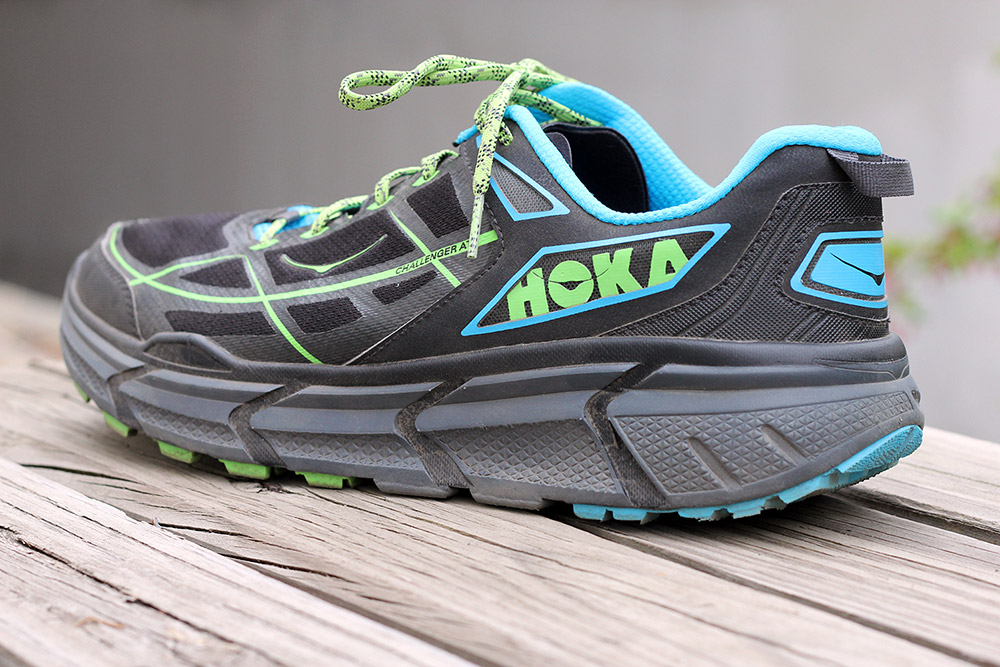 Uber-cushioned shoes this year are available from big brands like Brooks, Asics, and New Balance. They offer protection and comfort with bolstered midsole foam to dampen each stride.

Big shoes are no longer a trend (as we predicted in 2013); they are mainstream on store shelves now, and they are getting big marketing dollars.

No longer just for trail, road runners have adopted them, too, especially for long-distance days and marathons.

This month, I tested plus-size shoes from a company called Hoka One One. The niche brand has been in the maximal game since 2010.

Long ago, I drank the minimalist Kool-Aid, and for years I have been running in shoes that are essentially the opposite of the Hokas.

I’m not a barefoot-running freak, though racing flats and thin-sole trail runners are my go-to footwear for training and racing. I was skeptical of shoes like Hokas with their “bonus foam” and bounding footprints.

Indeed, Hoka’s Challenger ATR shoe immediately adds more than an inch to your height. With a 29mm heel, the shoe can look big and clumsy at first glance.

It is neither of those things — despite its size, the Challenger is comparatively lightweight, and on the run I never felt like it was too much shoe.

Made for trail running, the generous midsole is twice as thick as that on a traditional running shoe. This cushion dampens terrain and, Hoka touts, lets you run longer with less fatigue.

I ran on dirt and then purposely over jagged railroad-bed rocks. The feeling underfoot hardly changed as the terrain got rough.

Hoka markets “performance-specific cushioning.” This means the material isn’t simply a crash pad for the foot.

Instead, the shoe absorbs shock but rolls the energy forward via a midsole fulcrum design made to perpetuate your stride.

After years of running in minimal shoes the “rolling” motion to me felt foreign. But the Challenger ATR is not overbearing, and as a mid-foot striker my gait also worked well with the shoe.

The Challenger ATR ($130) have an offset, or “drop,” of 5mm. They weigh about 8.5 ounces per shoe (in men’s size 9), which is lighter than traditional builds thanks to an airy foam and an outsole with less rubber.

Overall, I found most of Hoka’s promises to be true during my month of training in the Challenger ATRs.

But it was what I didn’t feel that was perhaps more convincing — much like putting larger tires on a mountain bike, you can run with less concern in the Hoka shoes.

After miles on a run, the dampening effect can pay off because you save some energy with a slightly sloppier allowed stride and running style.

Hoka touts a more-stable ride with its big-sole shoes. Hands down, they do perform better on rough terrain than their thinner-sole cousins.

After my month of use the Hokas have earned a spot in my closet. They come out for special occasions and rougher terrain, though on normal running days I still reach for my old “minimal” choices.

Try the “maximalist” experience out if you want a shoe that acts more like a 4×4 than a race car. Hoka shoes and its big-brand competitors are building a case for more cushion on the road and the trail.

Up Next: 10 Tips: Recover Fast With Ultra Champ Michael Wardian