Pace, distance, speed, elevation… the popular app Strava lets you track it all. Around the world millions of people use the app, and now the company has collected that data all in one place. 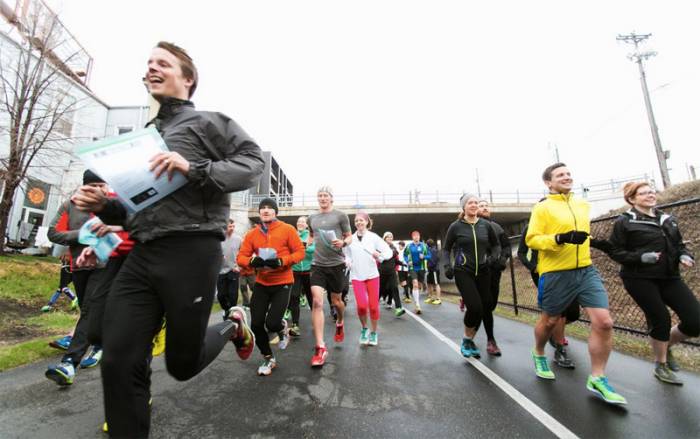 Strava this month aggregated its data to provide insight on the world’s 12 most active cities. You can see where Strava users run the fastest, slowest, longest, shortest, and more, via the company’s Insights page. Here are 15 facts we found interesting from the international running data dump.

#1 – Slow Runners In Brazil. Sao Paulo, Brazil, runners have the slowest average pace, at 10:45 per mile.

#2 – Fast Frenchies. Paris “won” as the world’s fastest Strava city, where runners average a pace of 8:56 per mile.

#3 – Netherlanders Sleep In. Only 4 percent of Amsterdam’s runners hit the pavement between 5 and 8 AM, making it the latest-to-rise population on the chart.

#6 – Running Shorter Down Under. Sydney, Australia, had the shortest average runs, at 4.6 miles. (Parisians, by contrast, log the longest runs, averaging 6.2 miles.)

#7 – No hills In Holland. Amsterdam’s users logged the least average elevation gain per run, at 77.8 feet.

#8 – Getting Vertical In Catalonia. Barcelona’s runners logged the highest average with 696.7 feet.

#10 – Sydney’s Early Birds. Sydney leads the way in early-morning runs, with 30 percent logged between 5 and 8 AM. (Fun fact: Since their time zone is almost a day ahead, it’s possible a runner from Sydney will have completed both today’s and tomorrow’s run before an American has set a foot out the door.)

#11 – Sleeping Late In Europe. Barcelona and Amsterdam are back of the pack for morning runs, but they lead the way in percentage of runs between 7 and 11 PM, with 29 and 25 percent, respectively.

#12 – ‘Working Lunch’ In Paris. 27 percent of Parisians are logging their runs between 11 AM and 3 PM. If they are squeezing in that 6.2-mile average (see above) over their lunch hour, it explains the faster average time.

#13 – Records Days. The biggest days for running tend to correlate with a large race. For example, London’s record of 12,917 runs logged came on March 22, 2015, the day of the Richmond Half Marathon and 10K.

–See all the data at insights.strava.com.

Up Next: Best Minimalist Running Shoes (From Startup Brands)