A man died this weekend during an ultra-running event in Chilean Patagonia. The unconfirmed cause of death was hypothermia.

The competitor, Arturo Héctor Martínez Rueda of Mexico, was running the 100-mile Ultra Fiord event and “passed on at an approximate 65km mark,” according to an official statement from the race organizers. He was 57 years old.

Organizers wrote that he “died in the area of greatest altitude of the route of the race about 750 meters” and “most likely [the] cause has been hypothermia, [but it] is something that must be confirmed.”

Questions are swirling around the tragedy, which is extremely rare in ultra-running.

Though the statement was released on Facebook, multiple commenters, including apparently Martínez Rueda’s daughter (Sofia Quin), have questions about the rescue effort, and it is unclear at this time if the body has been recovered. (Race organizers, in a message, wrote to us: “We are unable to disclose detailed information because this case is under police investigation and recovery work is still ongoing.”)

“I find it completely irresponsible… to make an official statement,” wrote Quin, translated from Spanish. “My dad [is still missing] and until I find [him] can not confirm his death.”

Since Friday, inclement weather conditions have persisted in the area. The race described the weather as “exceptionally hostile.”

Held this year April 14 – 16, the Ultra Fiord has multiple distance events, from 30K to 100 miles. The Ultra Fiord is an international event in Chilean Patagonia, where rugged mountains, trail-less forests, and fjords dominate. 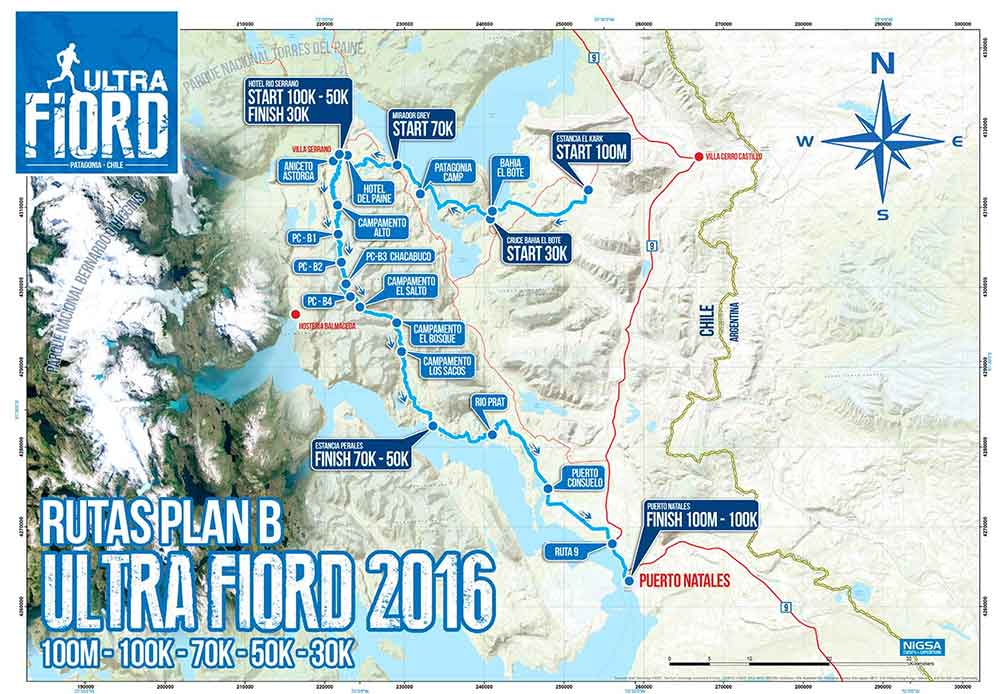 The course, as described by the organizers, traverses rivers and goes through mud, peat bogs, glacier-filled mountains “pushing your limits through a unique experience that is both rewarding and self-transcending.”

How Did This Happen?

Ultra-marathons are brutally tough events. However, organizers work to assure the safety of runners. This event required runners to carry water, a headlamp, a survival blanket, a whistle, first aid, a waterproof jacket with a hood, and more.

As noted, details are still thin, but it is hard to grasp a circumstance when a runner could not be helped off a course, or at least receive medical assistance on the course, even during extreme weather.

GearJunkie has a deep connection to the region as well as this race organization. Since 2010, our editors and multiple contributors have competed in and covered the Patagonian Expedition Race, which is a multi-day adventure race through the southernmost reaches of Chile, and the Patagonian International Marathon.

Our condolences go out to the family of Héctor Martínez Rueda. Noted the race staff in a statement: “In these difficult times, the organization of the event expresses its heartfelt condolences to the family and friends of Arthur.”

GearJunkie will report and update as news becomes available and additional statements are made by Ultra Fiord.