Race through the city on the Salomon/GearJunkie ‘CITYTRAIL’ course. This video, shot and edited by Erik Nelson, reveals the mental and physical challenges racers found along the “choose-your-adventure” open course. 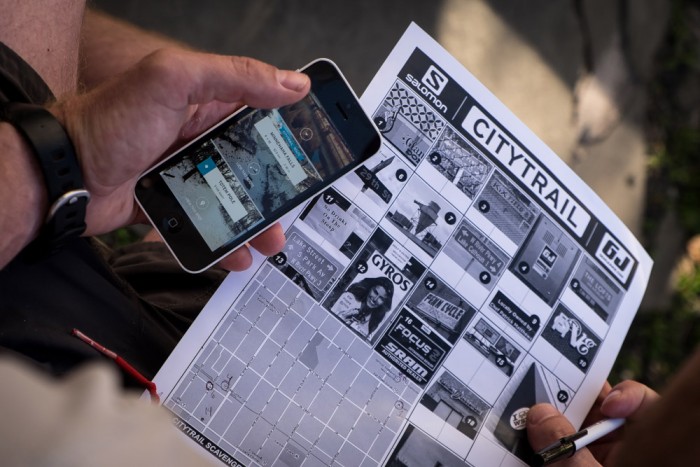 The event, held last week in Minneapolis from GearJunkie.com HQ, was a part of Salomon’s CityTrail series, which pushes urban runners to get off the pavement and beaten track in search of adventure in the city.

See our full race recap, including photos and results, at the article “Cluesheet, App, Running Shoes.”

During the event, racers tracked their route and hit checkpoints on a 90-minute course, using cluesheets, a race manifest and Salomon’s CityTrail app. The app provides routes, waypoints, and guides to city running experiences.

—The GearJunkie ‘CITYTRAIL’ Race is the first in a series of events hosted by GearJunkie in Minneapolis this year. Be sure to follow the Gear Junkie Events page on Facebook to stay in the loop.

Saving…
Did ‘Marathon Dad’ Cheat His Way Into Boston Marathon?
7 Products We Wanted To Hate
×