Running is the most basic, efficient, natural form of exercise. So, why is it so easy to hate? 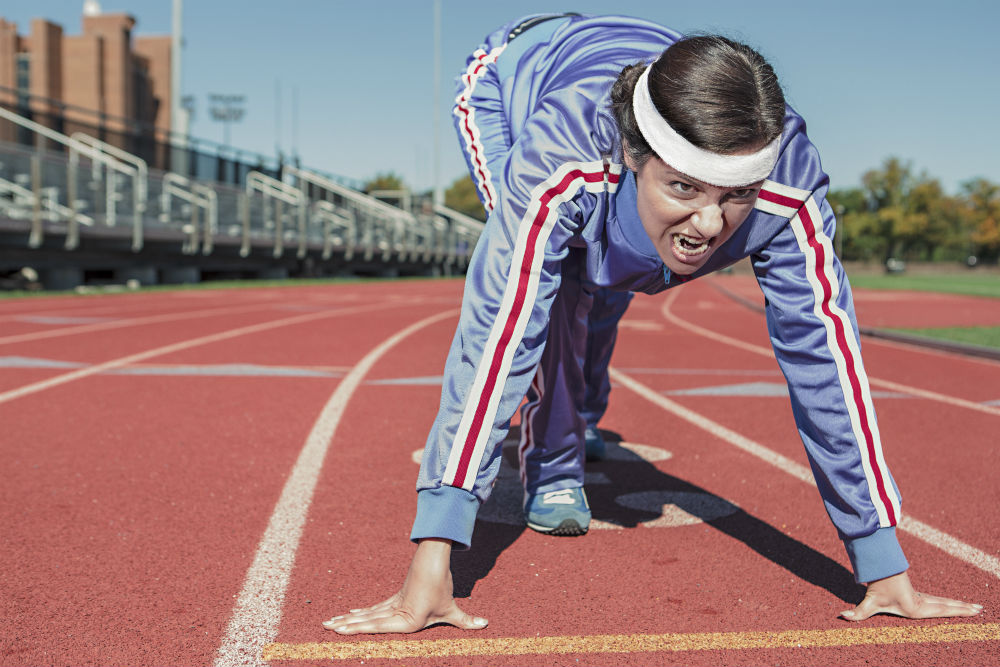 Of course, some folks just love to run. For everyone else, there’s advice and training methods (and hypnotism, too, possibly), and then there is commentary on places like Reddit, from which we culled a few light-hearted (and a few good) points here to make running more entertaining, thrilling … even fun.

These ideas were shared by many different runners on that virtual bulletin board. Do any resonate with you?

Having a mental or verbal cadence can help you achieve rhythm – each step sort of goes: Why. Am. I . Doing. This. I. Hate. Running. Oh. My. God. My. Knees. Are. Killing. Me.

Some people get a genuine high out of running. I ran all the way through my time in the USMC, finished a half marathon, and ran at least five miles every other day for a couple years after that. I hated every effing step.

We’ve found that should someone, or something, have cause to chase you, running becomes more natural.

Go for a walk and do five minutes of running, then go back to walking until you recover. Rinse and repeat. Eventually that five minutes will turn into six, then seven, and so on. Remember, even marathon runners started out being exhausted after five minutes. You have to work your way up, there are no shortcuts.

Don’t buy the cheapest running shoes! I can’t stress this enough. Check out the forums for info about the shoes that are being sold. A hundred bucks is a small sum compared to the fact that you are going to use those shoes for a few hundred miles. 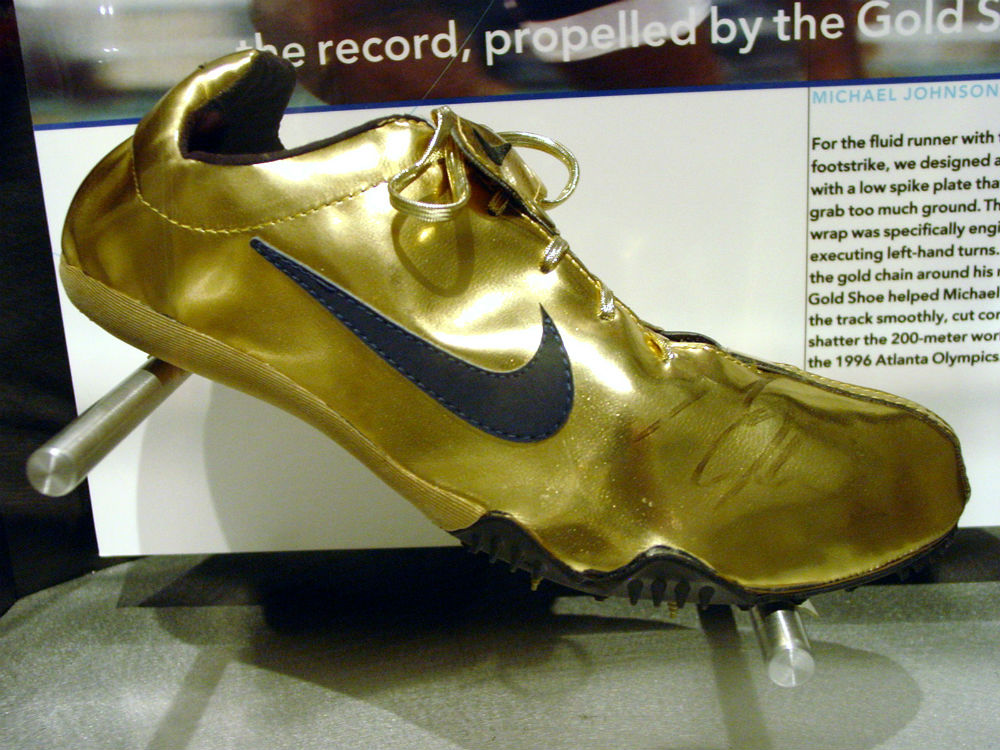 I like running. I’m also a masochist. Feels good to hurt.

I tend to get stuck thinking about how I’m gasping like a $#%& fish in a vacuum. One of my training secrets is to listen to music just loud enough to hide my breathing, this way I can still hear traffic or other trail users (for safety), so I tend to lose track of how hard I am are working and don’t focus on how hard I’m breathing. Plus the music helps pump me up and keep my pushing the pace.

I think it helps to repeat the same runs over and over. Same paths. Same turns. It’s like when you take the same drive to commute to work everyday. The familiarity makes the route seem shorter.

One trick is to change the environment you’re running in as often as possible. Run different parks and trails, map out a route through your city etc. The same old route gets old and makes it harder to even start.

Give yourself rewards for what you achieve. It’s better to run five miles and drink five beers than run zero miles and drink four beers. [Editor’s note: This many beers will likely nullify any physical gains from the run.]

A mid-foot / forefoot striking style is very achievable by a beginner (and much preferable to starting off by cultivating the terrible habit of heel striking). It’s really about finding the right posture and stride length (forward leaning, shorter strides) and the rest falls into place quite naturally.

Some people like treadmills. Those people are lunatics. Running outside is great. Running on a dreadmill is the fitness equivalent of filling out paperwork – effective, but soul-deadeningly dull.

13) Don’t Hate It Less, Do Something Else

I love to run when I’m playing a sport – I LOVE basketball, for example. But some people, probably most people, just don’t get that runner’s high. Running for the sake of itself is boring, hard to do, and nothing can make it better. I’m 49 and finally came to the conclusion that there’s nothing wrong with hating running.

Kick Ball As You Run? Wood 'Bole' A Tarahumara Game

An American twist on a simple game invented by the greatest runners in the world can make running fun again. Read more…

The virtual reality headset Vive, made by HTC, has a few games that require some amount of physical movement, if not consistent running. If you are not into gaming it’s probably not for you. Especially at the price it costs at the moment. But I use it for 30-45 minutes of cardio (sometimes longer) every other day. It can really get you moving and you have fun doing it.

I prefer Netflix and the treadmill. I found I had much more endurance this way. In my city there are just skyscrapers, skyscrapers, and more skyscrapers. Plus, exhaust from cars makes it difficult to breathe – so treadmill in the gym is the way to go.

Or just take a break from running. If it becomes too monotonous and a chore, time away can reinvigorate your interest and ultimately boost your performance. 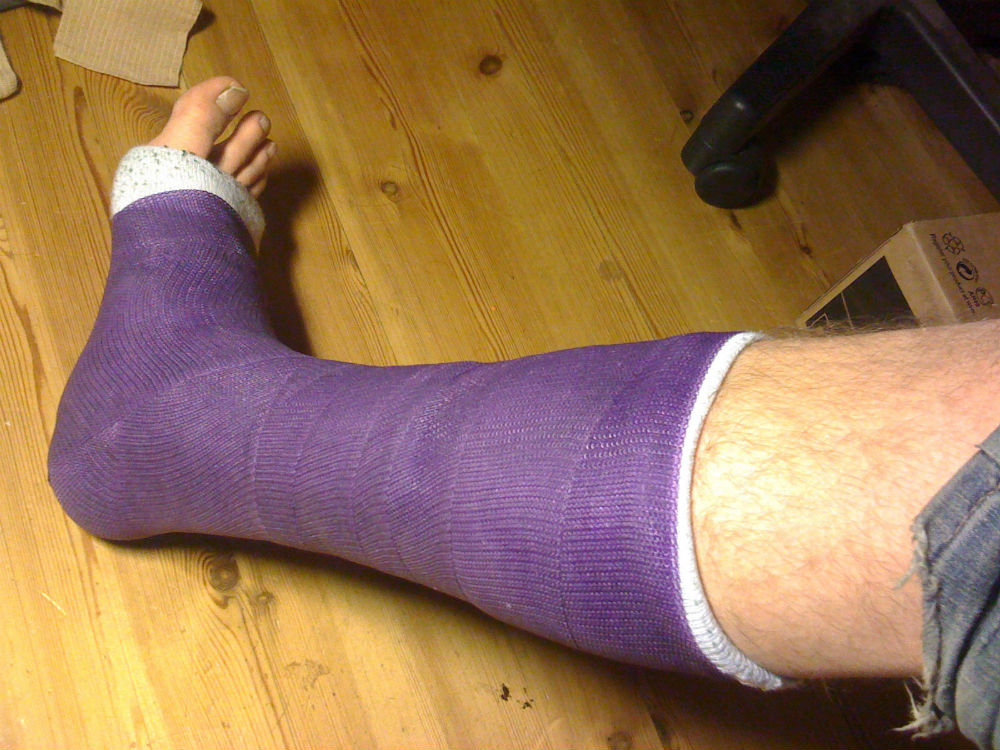 If you have to reach your destination at a certain time, that extra motivating factor can take the focus off of the feel of running and remove the option to quit (running, not your job).

There’s a curve of exhaustion and pain that has to be pushed past. If a person stays at the edge of that curve the endorphins will never get released.

After some research it seems there is still scientific debate on the idea of a runner’s high or even that ANY activity can produce enough measurable endorphins to make a human high. As the endorphins we are talking about are pretty close to opiates, a runner would literally be getting themselves high from running. From all that I’ve tried and read about it, it doesn’t happen from running. It happens from pushing oneself past a certain point of exhaustion and then continuing.

If you’re running five to seven miles just once a week, you’re gonna have issues. You’re not building your endurance like that, you’re just messing up your muscles by overexerting them. It’s not like lifting weights, where you do leg day on Wednesday and don’t worry for another week.

If I were you, I’d run a distance of two to three miles, three times a week. A three-mile run is quick and easy, and you’ll quickly build up the endurance you need to enjoy running longer. But running seven miles once a week is like doing a big deadlift once a month and expecting it to get easy.

Adventure runs – like the Zombie Run – mix in all sorts of obstacles and dynamic challenges that offer a full-body workout and the always effective motivator: fear. For some, running is a survival mechanism, nothing more: 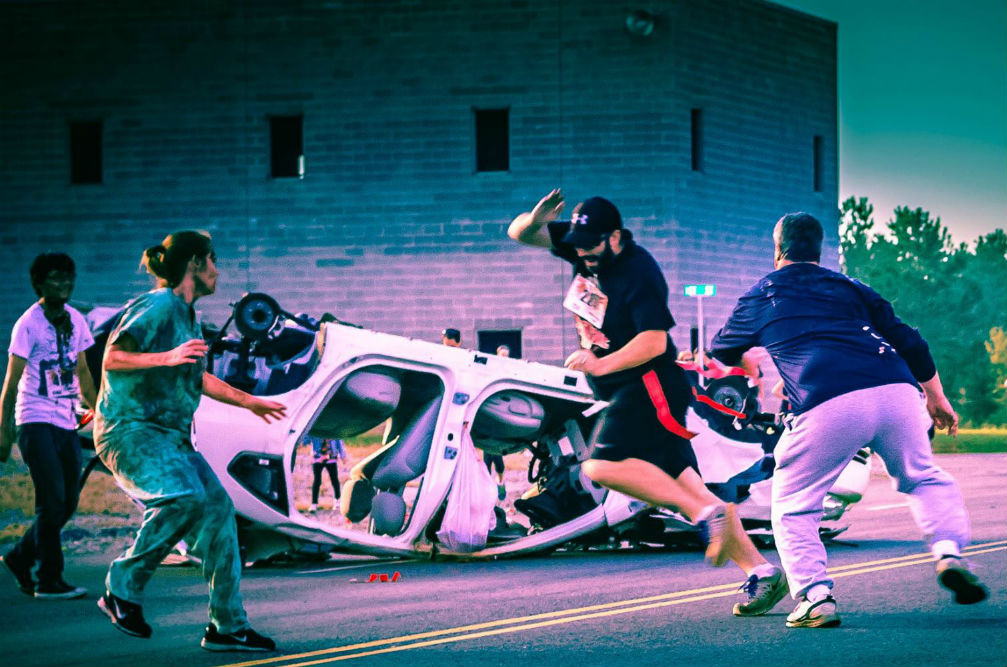 It sucks forever. It’s the afterglow (of not being eaten) that makes it worthwhile. And knowing that I can escape the zombies.

Up Next: Excerpt: ‘Where the Road Ends’

Saving…
Excerpt: ‘Where the Road Ends’
Toughest Race In The West? Welcome To ‘Niwot’s Challenge’
×