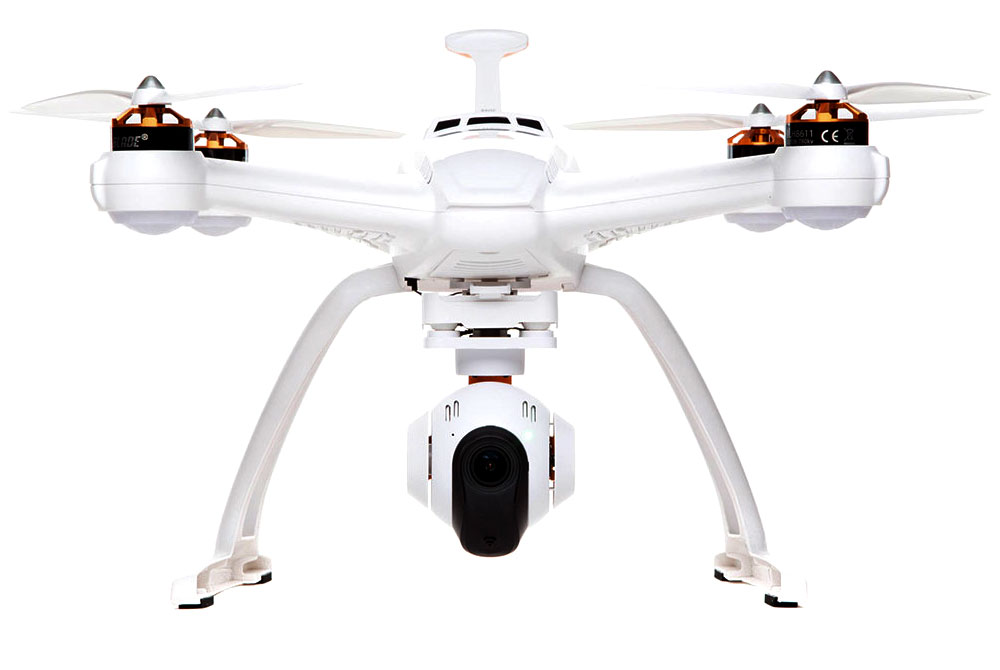 Officially deemed the “Registration and Marking Requirements for Small Unmanned Aircraft,” the new rules are intended to create a degree of accountability for users of drones, also called unmanned aircraft systems, by the FAA.

If you’re an owner of one of the more than 1.5 million UAS vehicles expected to be sold in the United States this year, read on for our breakdown.

1) Hobbyists Must Register (but it’s easy)

Hobbyists are required by law to register, and here’s the link. It is free until Jan. 20, 2016, and after that the fee is $5. Name, home address, and e-mail address are required to register, and then the FAA will generate a “Certificate of Aircraft Registration/Proof of Ownership” with a unique identification number. You attach this number to your aircraft.

Anyone who makes money flying and filming with drones is under strict rules. Commercial use is complicated. See below for more about commercial use.

Small toylike drones do not need registration. Your kid can still play with that little quad-copter in the backyard. The FAA made the somewhat arbitrary weight requirement of just a bit over 8 ounces based in part on the amount of force an impact with an airplane would make. Wired magazine published a comprehensive list of which drones need to be registered. The FAA published a very mediocre list, too. 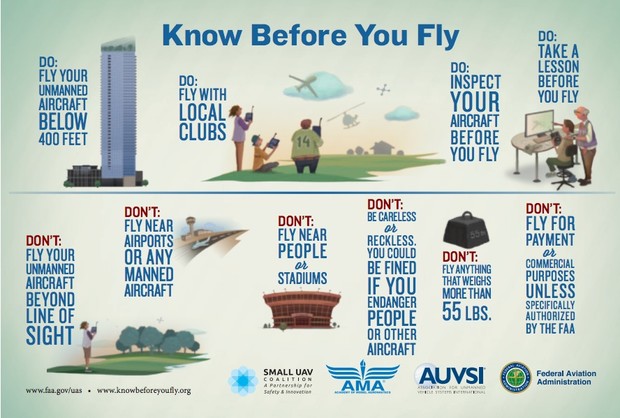 Drone flight is prohibited above 400 feet. Stay below this altitude to avoid possible fines.

You must maintain visual contact with your drone. Those using a video screen are advised to have a second person as a spotter so the videographer can focus on shooting without losing site of the drone.

This seems like a no-brainer, but people aren’t always all that bright. The FAA outlines many no-fly zones, such as within four miles of an airport or near stadiums. An easy way to find out if you can’t fly in a given area? Check out the app Hover. It uses your location to assess nearby no-fly zones. The app also has maps, weather reports, and more to help you plan safe, legal flights.

Before wading through the 200+ pages of regulations, now commercial users will need some sort of a pilot’s license, which seems pretty insane. Here’s how the FAA words it: “Don’t fly for payment or commercial purposes unless specifically authorized by the FAA.” Commercial photographers are about to have a lot of bureaucratic hoops to jump through. Operators are now contracting lawyers and specialty firms to wade through the licensing process. See the FAA breakdown beginning here.

9) Photojournalism Is Protected By The First Amendment

This is one point that seems largely ignored by the new FAA regulations, but to us it is darned important to those in the media. Our concern is that regulations may impede journalists’ work. Will drone use in remote areas for action sports videos be considered “commercial?” How about TV journalists trying to uncover wrongdoing by public authorities? There is a slippery slope here, and we’re concerned FAA regulations meant to keep the public safe may stifle communicators, especially as the definition of “journalist” becomes cloudier in the modern era.

If you are clearly a commercial drone pilot (wedding and real estate photographers, for examples), one option is to file for a “333 Exemption.” This will allow you to fly without getting FAA approval for every flight — but you still need a pilot’s license (or a licensed pilot flying your drone). How do you do it? There are resources online, but it’s such a mess that services now charge $1,500 or more just to file the paperwork. If you are a commercial drone pilot, we wish you luck. We’d love to hear your story, too, so drop us a line if you’ve gone through this process and can share insights.