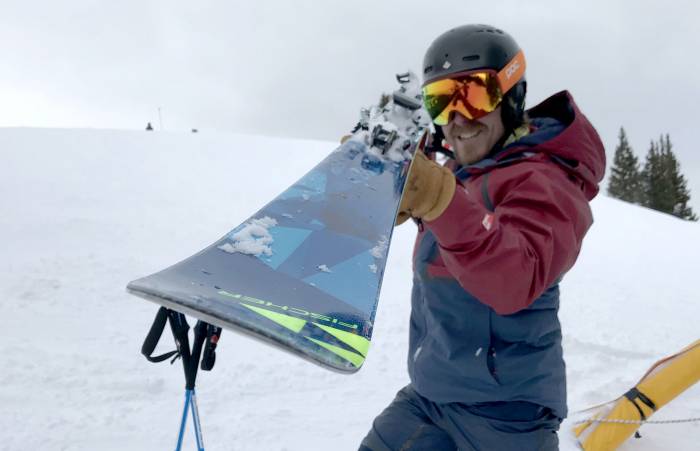 When I first opened a package of test model Hannibals sent over by Fischer, I didn’t know what to expect. They are crazy light at just 4 pounds 6 ounces per ski, with mounted Dynafit Radical 2.0 bindings, but meant to perform downhill.

“We’ll see,” I thought, abandoning my alpine setup for a day of inbounds skiing on the backcountry Fischer rig.

The transition between heavy downhill skis and the Fischers was a bit jarring at first. But as a hint of my final impression: I had a blast! Read on for details.

In short: Quick, nimble, and fun. Those words first come to mind when thinking back on several days of zooming around Copper Mountain and the backcountry on the Fischer Hannibal. But I could easily add “amazingly light” to the list, as the skis’ light weight didn’t hurt downhill performance.

The Fischer Hannibal ($700 retail, available for $490 online) hit the market for winter 2018. The current model has carbon stringers, titanium reinforcements, and tip and tail rocker on a slightly cambered ski. 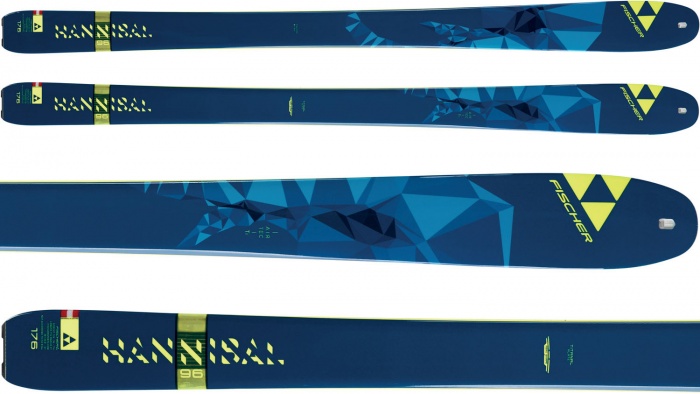 This means it is light, decently stiff, and dampens vibration fairly well.

It has a 21-meter radius and 126-96-114 sidecut. This profile should result in a quick ski edge to edge that makes mid-size arcs in carves.

Time for some turns.

Out of the gate, I noted that this ski was indeed quick edge to edge. Compared with heavier alpine skis, they felt a little squirrely on my first couple runs. But after a few groomers and then a few laps on steeper bowls along the back of Copper Mountain, I started to really enjoy the poppy energy return the light skis gave. 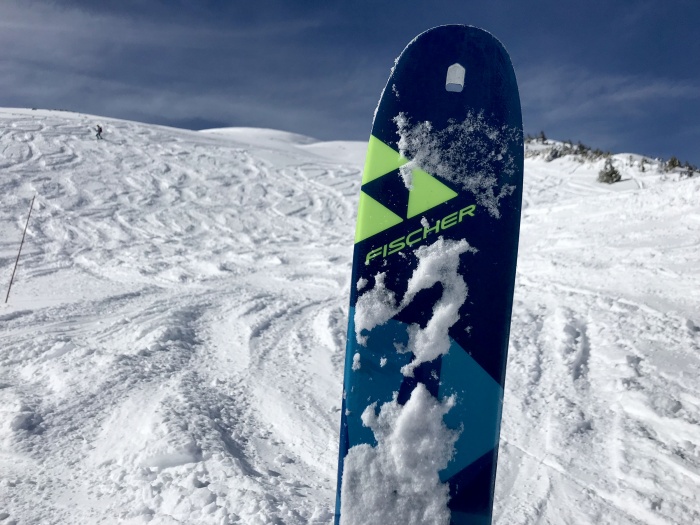 By the end of my first day skiing the Hannibal, I was grinning with the chance to hit any little bump and pop off small airs. On hard carves, the ski lifted me quickly to link the next turn. It even let me smear turns pretty easily.

A few more days of riding inbounds and touring confirmed these skis as an enjoyable little ripper. Nimble edge to edge and amazingly light, they are a lot of fun even in varied snow. And they float beautifully on powder.

These skis are good overall, but not great at warp speed. There’s not much surprise here, as they are designed to go both uphill and down. They weigh less than half of pretty much any alpine ski and are at the light end of the spectrum for backcountry touring skis. Unmounted, they weigh just 5.6 pounds per pair.

When really letting them run, I found a little tip chatter and enough instability to want to apply the brakes earlier than I would with heavier freeride skis.

With a factory tune, I also noted some chatter when killing speed on steep, hard-packed faces. A little detuning may help this, but for such a light ski with razor sharp edges, I wasn’t surprised.

The Hannibal is an awesome ski for its weight. It handled steep chutes, groomed piste, cruddy chunder, and soft powder well.

For those who will tour long miles into the backcountry, the super light weight will be a huge bonus. It has a nice amount of camber to make skinning a breeze and a rocker profile that should help break trail in deep snow.

And once atop a remote peak with untracked snow stretching to the tree line below, it will be a fun, confidence-inspiring ski. I would not hesitate to take it anywhere within my skiing abilities. Steep chutes to open backcountry lines or trees are all right in its wheelhouse.

Those looking for a lot of speed and long, arcing turns may want to look elsewhere.

The Hannibal thrives with short, nimble turns at modest speeds. If that sounds like you, it’s a great choice that won’t weigh you down on the uphill.

Up Next: Access This Backpack on the Move, No Removal Required