For nearly a year, I’ve been receiving the Backcountry Fuel Box. And the snacks, meals, and bars kept me powered through the summer and into elk season.

I’ve never been much of a subscription box person. As a self-described minimalist, the whole thing seems a little bit suspect. Plus, surprises aren’t really my thing. It’s the whole “if I know what I’m getting for Christmas, then there’s nothing to worry about” kind of ‘tude.

So the idea of someone else choosing a gaggle of stuff that they think I’m gonna want is generally anxiety-inducing. But when it comes to trying new things, I’m very open to one specific thing: food.

I’ll try anything twice. Maybe even three times. In fact, I’ve tried mayonnaise probably a hundred times and still don’t like it. But hell, I’m nothing if not persistent.

But when it comes to the backcountry food I choose to eat, I’d gotten into a bit of a rut. I love my Mountain House Eggs & Bacon breakfast, almost exclusively. Good To-Go’s Thai Curry is legit. PeakRefuel’s Beef Pasta Marinara is my latest permanent add.

I also pack Taco Bell Fire sauce packets because they’re ultralight and amazeballs. And for snacks and energy, I’m a big fan of RXBAR, Epic Meat Sticks, and CLIF BLOKS.

Honestly, you usually wouldn’t find me testing out new things, mostly out of habit and avoiding disappointment. But after receiving the Backcountry Fuel Box for an extended period of time, I’ve officially been refueled.

And I’ve gotta hand it to ’em: They haven’t sent a bad mix yet. 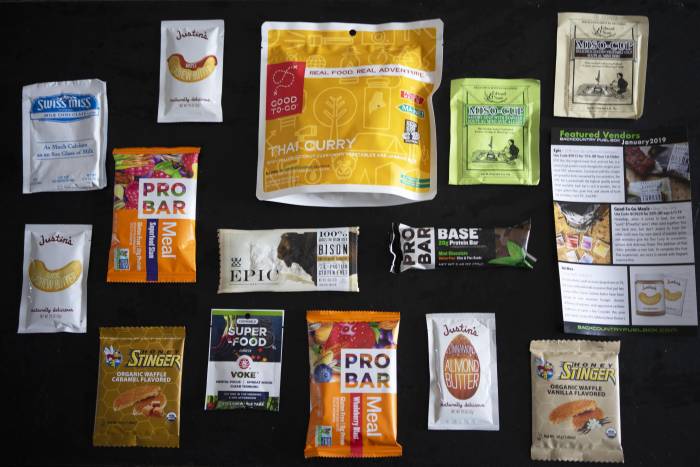 Boxes ship near the end of each month, and upon arrival, you’re greeted with a full-to-the-brim shoebox-size shipment. Each box has a quick rundown of featured products, where BFB breaks down different companies, the nutritional value of the food, and a bit of a brand story.

They also promote discounts for the featured brands, which is super helpful if you find something that you fall in love with. In September’s box, for example, I received 14 individual products with seven separate discount codes.

Products range from coffee and drink mixes to backpacking meals, power-type bars, and general snack products. And I appreciate the variety that goes into the boxes. It’s not just meaty dude stuff. There are almost always vegan and vegetarian items.

And there’s certainly a nod to sourcing, as I’ve noticed a lot of organic products come through in the boxes as well. 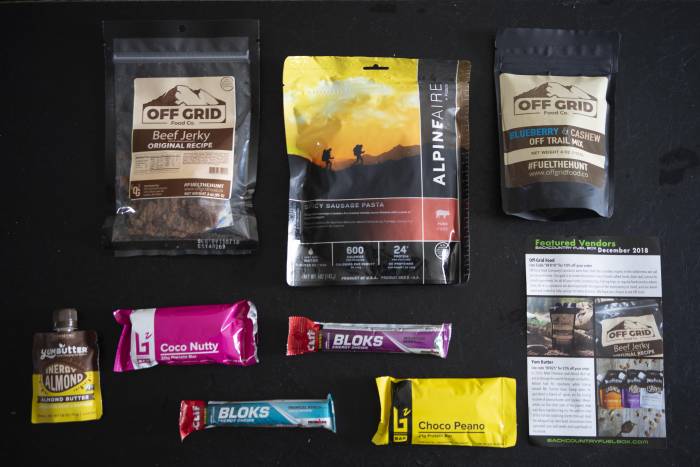 Product numbers do vary according to size, as you can see in the above image. If you pack two large backpacking meals into this little box, there’s just less room for other stuff.

But I haven’t been disappointed by a box yet. And at $33 per box, the math adds up. You get what you pay for.

Putting the Contents to Use 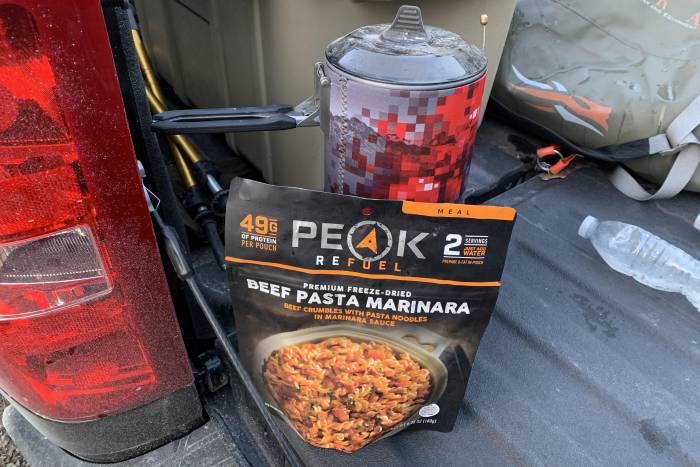 I have to say, getting the boxes this spring as I recovered from knee surgery was … weirdly helpful. My ability to move around, grocery shop, and even cook for myself was a bit limited. And I may have resorted to the contents of my Fuel Boxes just to get me through a few hungry situations — meal bars and freeze-dried meals alike. 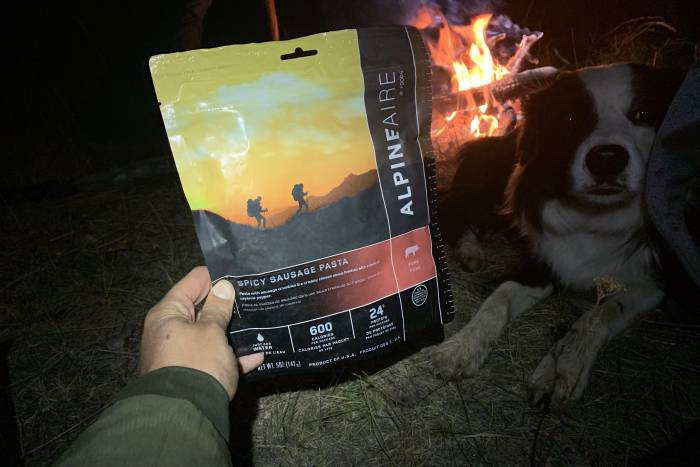 As far as backcountry moments go, I’ve had snacks for hikes, meals for dinner, options for breakfast, and more. Most recently, I kitted food out for a weekend pack trip with my horse and then an elk hunt the following weekend.

Aside from a bar here and there, I’ve liked nearly everything in the boxes. Admittedly, I’m not a giant fan of beef jerky, but the pulled pork packet in one of the recent boxes is one of my favorite snacks yet. 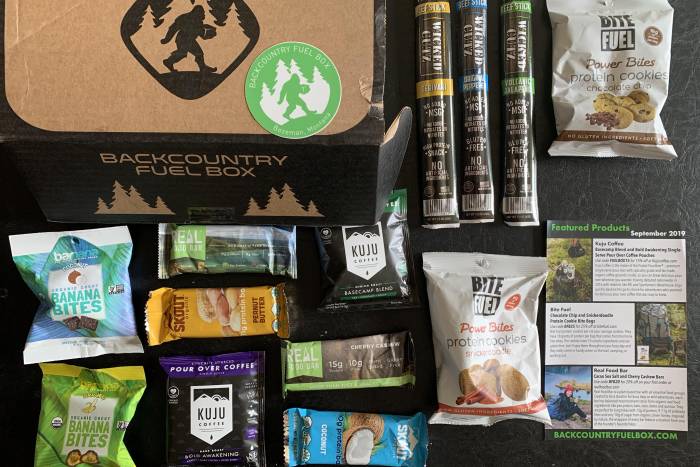 Admittedly, I do believe you can outfit your backcountry kitchen in a more frugal and intentional way than by using the Backcountry Fuel Box. But if you find yourself heading outside on the regular, you’re in a rut for snacks, and you have a bit of expendable income, this really is a fun subscription that will open your eyes to new products.

You could also sign yourself or loved ones up for the 3-month gift box subscription ($90), and you’ll be able to check out the offerings thoroughly and without a long-term commitment. There is a month-to-month option as well for $33 per month.

On a personal level, I’ve really enjoyed the subscription, as well as the multitude of foods I was able to try that hadn’t been on my radar. For backpackers, campers, and hunters alike, this is a good bet if you’re into trying new things and having a stocked backcountry pantry.